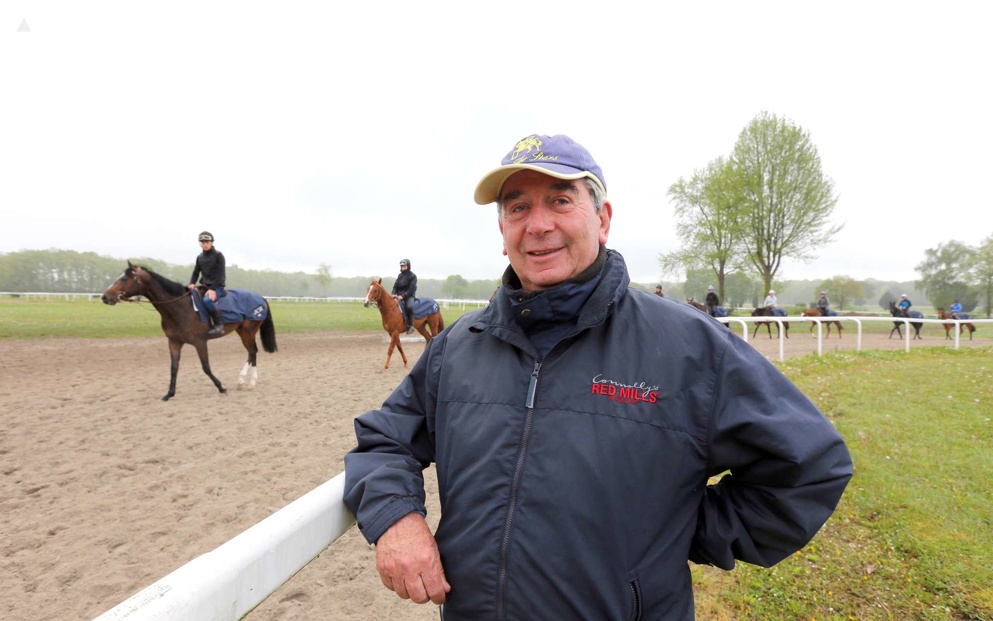 Jean-Claude Rouget is looking for his first ever winner of the Prix de l'Arc de Triomphe.

Nick Seddon profiles Raabihah, who is one of the leading French-trained challengers for this weekend's Prix de l'Arc de Triomphe...

Unraced as a two-year-old, Raabihah made her debut in a modest maiden at Cagnes-Sur-Mer in January, though she wasted no time in making an impression, winning at the first time of asking by three lengths. She has plenty of ability on paper as a daughter of Sea The Stars and a close relative to Midway Lady, and she quickly proved herself smart, winning the listed Prix de la Seine on her next start over a mile and three furlongs here by four lengths in May.

Raabihah was well fancied for her next start at the Prix Diane as a consequence, and while she was unable to continue her unbeaten start, she produced an excellent effort in the fillies' classic, finishing fourth but beaten just half a length by the eventual winner Fancy Blue. Her next start came in the Group 3 Prix de Psyche at Deauville the following month, and she soon returned to winning ways, showing a good turn of foot to pull clear of the field in the closing stages.

Raabihah was stepped up in trip for her most recent start in the Prix Vermeille over this course and distance earlier this month, a race which is often seen as a trial for the Prix de l'Arc de Triomphe. This represented the first time that Raabihah faced her elders, and she ran well to finish second behind Tanarwa. She took a little bit longer to get into gear compared to the winner that day, but there was plenty to like about that performance - seeing out the extra two furlongs well. That experience should have taught her plenty, and with the possibility of more improvement to come yet over this trip, she has to be considered a contender in receipt of both an age and a sex allowance.

Improvement to come over 1m4f says @richardjhills - Raabihah showed her talents again on Saturday, with the Vermeille and the Arc the next big targets...

Weight: Like fellow three-year-old Love, Raabihah will be able to take her chance on favourable terms, receiving 7 lb from Enable and 10 lb from her older male rivals - such as Stradivarius. She already has some smart form in the book, which means the allowance should in theory allow her to be competitive.

Course form: While she was unable to get her nose in front, Raabihah showed a propensity for the Arc course and distance at Longchamp. She still showed some signs of inexperience in her run in the Prix Vermeille, and with that outing now under her belt, she should be well equipped to deal with the test an Arc provides.

Unknown quantity: While we know plenty about the majority of the Arc field, Raabihah is rather unexposed after just five career outings - and one start at this trip. There's every reason to think that we haven't seen the best of her just yet judged on her pedigree, and she will arrive at Longchamp with a live chance.

Ground: With rain forecast all week, the ground at Longchamp is likely to be testing by Sunday afternoon. Raabihah is unproven in such conditions, and while she could well act in particularly soft going, she may not want this to turn into too much of a stamina test.

Inexperience: Raabihah showed signs of inexperience when second in the Prix Vermeille here earlier this month, meaning that the hustle and bustle of a double-figure Arc field could prove to be a big ask. She may need to go out wide to find racing room, which would make her task more difficult.

Needs more: Raabihah has shown that she's capable of some very smart form, particularly over course and distance, though it's short of the form shown by the average Arc winner. She's open to improvement as a lightly-raced three-year-old, but she will likely need a clear career best performance if she is to triumph.

How will Raabihah fare in the 2020 Prix de l'Arc de Triomphe?

There's plenty to like about Raabihah, and she arrives here as an unexposed three-year-old from the home charge. Her trainer is vastly experienced, and while he is yet to train the winner of the Arc, he is more than capable of readying a precocious sort for a big event. Raabihah produced a particularly smart effort to finish second in the Prix Vermeille over course and distance last time, and while that will likely bring her on here, she will need a clear career best if she is to come out on top. It's interesting to see her hovering at around the 12/1 mark at the time of writing, and in the colours of Hamdan Al Maktoum - who's enjoying a stellar year - it would be no surprise to see her find the necessary improvement to go close.