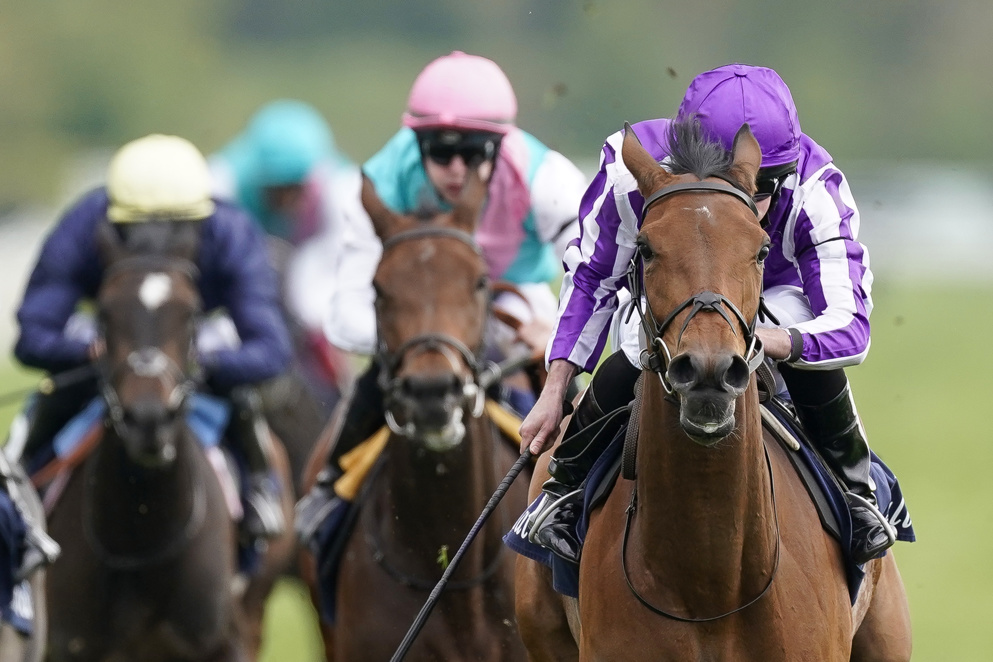 Snowfall will look to bounce back from recent defeat in the Prix Vermille.

Joe Tuffin profiles Oaks winner Snowfall, who until very recently was the one they all had to beat in the Prix de l'Arc de Triomphe…

A slow starter to her career, Snowfall, rather unusually for an Aidan O’Brien trained star, was thoroughly tried and tested at two-years-old without much success, winning on only one occasion from seven starts. So poor was her form in fact, that her final start of her debut season saw her beaten 12-lengths at 50/1 in the Group 1 Fillies’ Mile - hardly the form of a future Arc winner.

But her three-year-old season saw a drastic change in ability and fortunes, with the filly seemingly a different animal to the year prior (with no case of misidentification on this occasion).

Starting her year at York for the Group 3 Musidora Stakes as an unfancied 14/1 chance against the-then Oaks favourite Noon Star and Teona, Snowfall set the tone for how the remainder of the year would go, hitting the front and staying on strongly to claim her first Group level success.

She went straight to the Oaks from here, and ended up pulverising her opponents in a record breaking 16-length win - which duly, and correctly, installed her as the favourite for the Arc. Comparisons to Enable were already being drawn, and a second Classic in the Irish Oaks only furthered her lofty reputation. The well trodden path of Oaks-Irish Oaks-Yorkshire Oaks was taken with ease before a final Arc prep race was pencilled in the Prix Vermeille over the Arc course & distance.

This is where the big question mark comes in however, with Snowfall suffering her first loss as a three-year-old to the hands of Teona as the 5/1-on favourite. There wasn’t much to go in terms of excuses either, and it did give off the vibes that what she had been facing wasn’t the highest standard and a true test, such as the Arc, would find her out. As a result of this she fell down the betting and is now the current fourth favourite for the showpiece event.

Snowfall wins the Cazoo Oaks at @EpsomRacecourse in the most comfortable of fashions!🏆

Record breaking Group 1 form: Her Oaks win really was most impressive. Stretching clear of her rivals to win by 16-lengths, the only one in the frame as she crossed the line. That sort of stuff simply does not happen in Classics, and it takes a very special horse to do it. She showed it was no fluke by dotting up by eight-and-a-half lengths in the Irish equivalent next time out also, so there’s a lot to like going off that form alone - though the depth of it could be questioned.

Star connections: We’re used to seeing the two names of Aidan O’Brien and Ryan Moore at the top of the market for a big Group 1 so we should know not to ignore it. Both have won the Arc twice, once together with Found in 2016, and we know this is the best chance of Ballydoyle success.

Weight & Fillies’ allowance: ​​Very simply, she is the lightest in the field by some margin. Claiming both the 6lb three-year-old allowance and the 3lb Fillies’ allowance leaves her on a very appealing 8st9lb - the only in the field to carry that weight. Combine her class with this significant advantage and she could be a scary prospect.

Beaten last time out: As previously said, she could not maintain her unbeaten record last time out and lost to Teona in the Prix Vermeille, who she’ll have to oppose again. Was she an early season three-year-old, did something go wrong we don’t know about? Whatever it is, she’ll have to put that behind her an be a lot better if she’s to win the Arc.

How will Snowfall fare in the Prix de l’Arc de Triomphe?

What to make of Snowfall’s chances. Well, going off the start of the year, she looked home and hosed as the Arc winner, but the decreasing wow factor of her wins against potentially less than world class opponents, topped with a loss last time out has left her a bit astray in the market. This will easily be her toughest assignment to date, and while she has plenty of positives - namely her weight - she could be found struggling a bit and should possibly be a bit bigger than 5/1