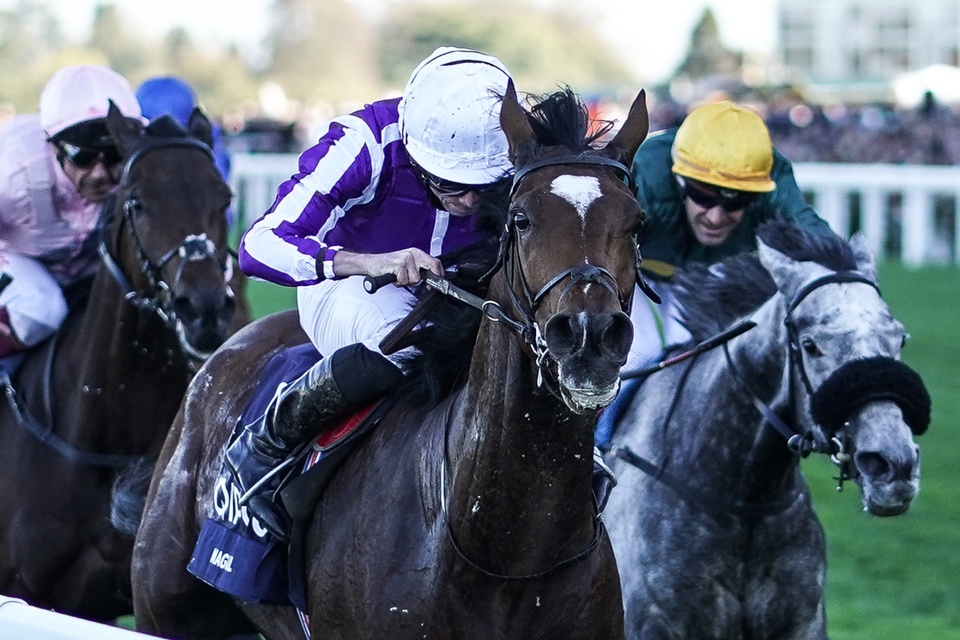 Magical has won twice on British Champions Day during her career.

Ascot has announced that the prize money for this year's British Champions Day has been cut by around £1.7 million due to the Coronavirus pandemic.

The news comes as no surprise bearing in mind that there have been wholesale reductions across the sport since racing's resumption, though it means that the Champion Stakes will be the most valuable race of the year with a prize pot of £750,000 (down from £1.3 million).

This will be the tenth year since Champions Day was revamped and switched from Newmarket to Ascot, and it will remain as Britain's richest race day of the year when it takes place on Saturday October 17 - with the six races on the card being worth a total of £2.5 million.

Meanwhile, the Champions Long Distance Cup will carry a prize fund of £300,000, though it seems unlikely that this year's renewal will feature the star stayer Stradivarius, who could instead take his chance in the Prix de l'Arc de Triomphe at Longchamp.

Rod Street, Chief Executive of British Champions Series said, “We are pleased to be able to stage a card worth £2.5 million on QIPCO British Champions Day despite our income streams being so negatively affected and the enormous challenges facing the sport currently.

"QIPCO British Champions Day has seen some superlative performances over the past decade and it is hugely important to us that we continue to make running a horse on the day as attractive as possible.