Punchestown Festival Day 4 Tips: Check out the best bets for Friday at Punchestown 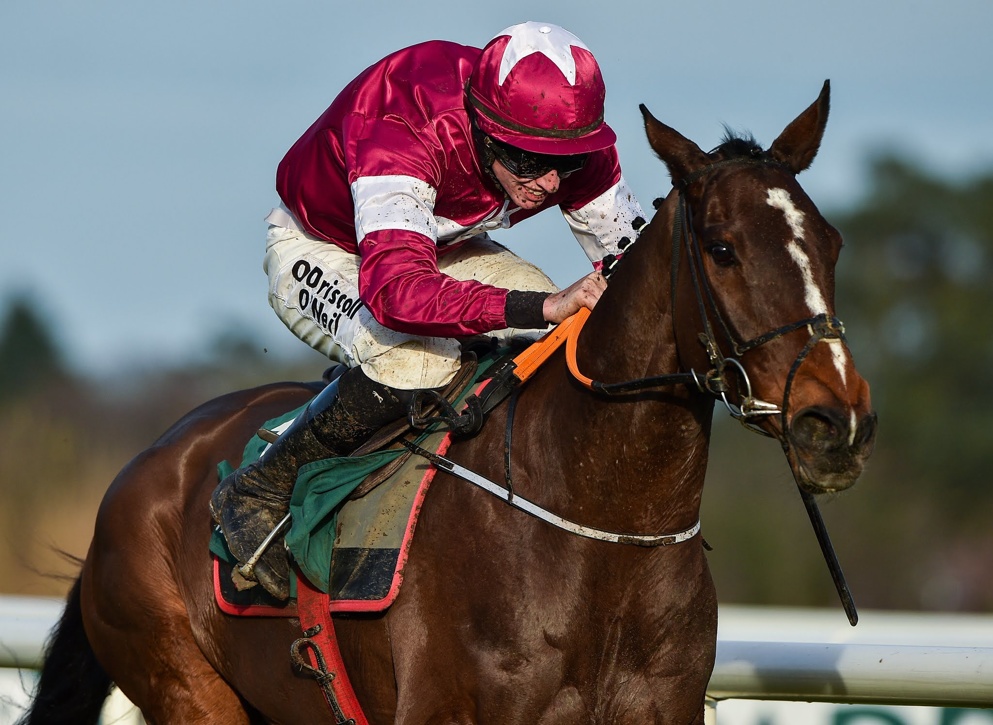 All eyes will be on star, unbeaten mare Honeysuckle on Friday evening, as she lines up in the Paddy Power Champion Hurdle, while fellow Cheltenham Festival winner Bob Olinger will be another warm order for a star-studded day's action. We pick out our best bets for Friday's action here:

Willie Mullins has saddled some top-class winners during the 2021 Punchestown Festival, and he will look to get on the board early on Friday and saddles the classy Asterion Forlonge in the EMS Copiers Novice Handicap Chase at 16:15. Carrying top weight in this event, and giving at least 10lb to the rest of the field, this classy grey is venturing into a handicap chase for the very first time, and could prove to be a cut above his rivals.

Having failed to taste victory in Grade 1 company in recent outings, Mullins is giving the seven-year-old a great chance of getting his head in front, now dropped from the highest level, and he can strike gold in a hugely fascinating renewal. Third in the Marsh Novices' Chase at the Cheltenham Festival, ASTERION FORLONGE was last seen finishing third of nine in a Grade 1 contest over 2m 4f at Fairyhouse.

A winner of a beginners chase at Punchestown earlier in the season, Asterion Forlonge failed to complete on his last visit to the track, where he locked horns with Envoi Allen, but while he's had a busy campaign he can still prove to be much better than his rivals here. The likes of Fils D'Oudairies, Dostal Phil and A Wave Of The Sea could prove to be notable rivals, but if Asterion Forlonge can turn up with his A game then he can steamroller his rivals and launch himself back into the Graded picture for next season.

Jessica Harrington's Magic Of Light unseated in the Grand National at Aintree earlier this month, but the classy mare will look to bounce back to winning ways on Friday and carry top weight to victory in the 16:50 on day four of the Punchestown Festival. Rapid Response will don the same colours for the Harrington team, but both appear to have their work cut out in a race full of depth.

Willie Mullins will unleash a three-pronged attack with Agusta Gold and Salsaretta looking lively contenders for the Co. Carlow handler, but the one that makes most appeal if the Joseph O'Brien-trained SCARLET AND DOVE, who looks an attractive betting proposition off a mark of 140.

A Grade 3 win at Navan in early March was followed by a Grade 2 success a couple of weeks later, and while she failed to land the hat-trick when third in Grade 1 company at Fairyhouse three weeks ago, she wasn't disgraced when finishing fifth, and looks to be capable of returning to winning ways here.

She will benefit from the 7lb claim from top Irish amateur Jordan Gainford, who can utilise this mare's jumping ability, and she can put the cherry on top of a sparkling first season over fences and bound to glory here, and the O'Brien team a notable Punchestown Festival victory.

A field of eight are set to do battle in the Paddy Power Champion Hurdle, and Honeysuckle, who sauntered to an emphatic victory in the Champion Hurdle at the Cheltenham Festival is a red-hot odds-on favourite for the Grade 1 showpiece event. Propelling over six lengths clear of the rest of the field last month at Prestbury Park, Henry de Bromhead's star mare maintained her 100% record, and if she is in similar form on Friday then it's hard to not see her being beaten in this event.

However, around the 4/6 mark she is awfully short from a punting perspective, and she will have to face some classy rivals with the likes of former Champion Hurdle winner Epatante, Aintree Hurdle hero Abacadabras and enigmatic British raider Goshen just a trio of leading players.

Of that triumvirate, it's ABACADABRAS that makes most appeal, and he is available around the 10/1 mark, at the time of writing. But, the standout bet is the 11/2 on offer in the betting without Honeysuckle, as Abacadabras was hugely impressive at Aintree over 2m 4f last time out, and a drop back in trip shouldn't be too much of a hindrance.

A faller in the Champion Hurdle at Cheltenham, Abacadabras launched back into the limelight at Aintree, as he outclassed a smart field at the Grand National meeting, and while his jumping was sketchy once again his class brought him through. His jumping is a major worry, but if Denise Foster can iron out his issues at the obstacles then he should be the biggest danger to Honeysuckle, and he looks to be too classy for the rest of the field here.