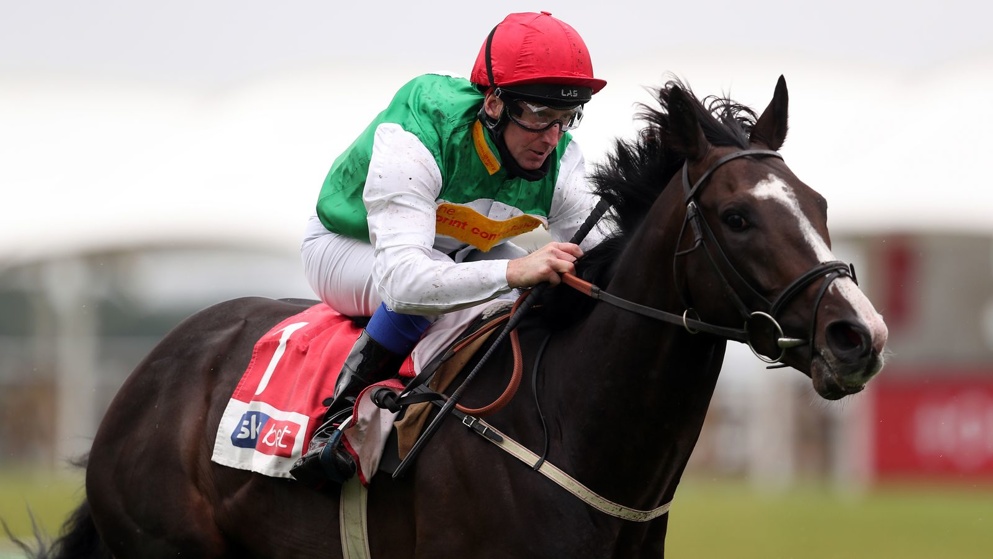 Pyledriver was an impressive winner of last month's Great Voltigeur Stakes at York.

William Muir has revealed that it’s all systems go for the St Leger favourite Pyledriver, ahead of a tilt in the final classic of the season at Doncaster on Saturday.

The colt has been one of the stories of the season for his small yard, having progressed into a smart performer despite going unsold at £10,000 in the sales as a foal.

He’s enjoyed a fine campaign so far, causing a surprised in the King Edward VII Stakes at Royal Ascot in June, and although he was slightly disappointing in the Epsom Derby, he was a taking winner of last month’s Group 2 Great Voltigeur Stakes at York.

The omens are good for Pyledriver on the back of that success, as 14 winners have gone on to secure victory in the Town Moor classic, including last year’s winner Logician.

And Muir has reported his charge to be in good form as he bids to seal a first British classic winner.

He told Luck On Sunday: “He’s fine, he’s in great order and just routine stuff now. He’s done all of his strong work and he’s where we need him to be, so this week is just keeping everything rolling forward.”

William Muir has acquired a new owner through the exploits of Pyledriver.

"I hope it blossoms," the trainer tells @nickluck after the arrival of Ahmad Al Shaikh into his yard, the owner of Derby runner-up Khalifa Sat #LuckOnSunday @ABE_Dubai https://t.co/Tzg1YtW3lq

This will be the first time that Pyledriver attempts the St Leger distance of a mile and six furlongs, having never gone further than a mile and a half to date.

But Muir is confident that the extra two furlongs or so won’t be a problem judged by the way he went about his work at York last month;

“I like the way he ran through the line at York, and he took a long time to pull up. If you watch him, he goes round and round, and he’s one of those horses that is quite laid back and relaxed - so he doesn’t need a lot of driving.

“I just look at the Voltigeur, and I said to people afterwards - ‘who knows whether he’ll stay the extra two and a bit furlongs’ - but he’s so relaxed and so chilled out, that I don’t think anything would have caught him over that trip at York."