Queen Anne Stakes Preview: Circus Maximus the one to beat 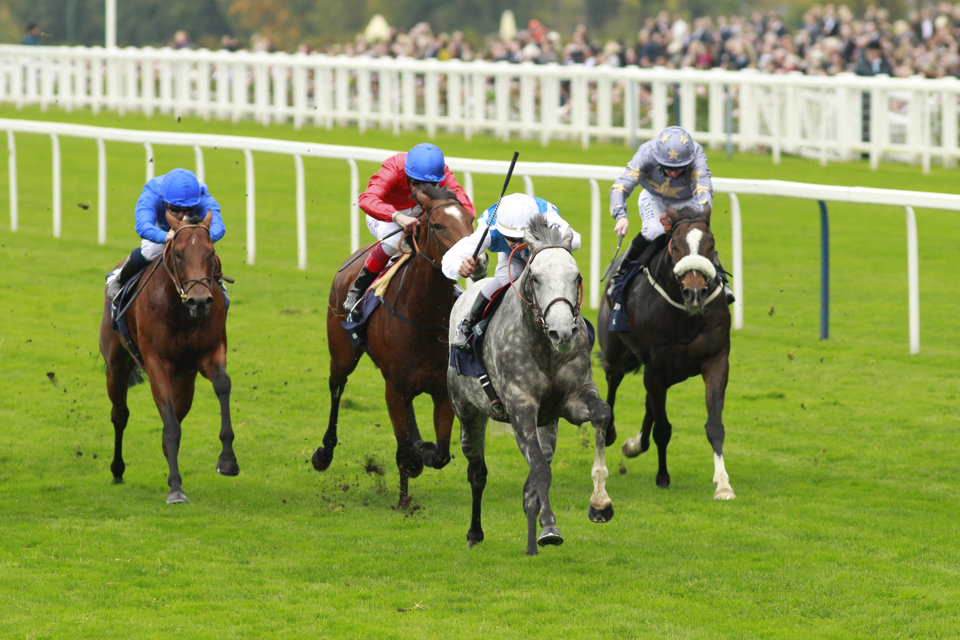 Which horse will reign in the Group 1 Queen Anne Stakes at Royal Ascot?

Steve Chambers takes an in-depth look at the 2020 Queen Anne Stakes, which will be the opening day showpiece when Royal Ascot kicks off behind closed doors next Tuesday.

Aidan O'Brien has flown out of the traps since racing's resumption, and the master of Ballydoyle will be hoping that Circus Maximus can hand him a fourth victory in the Queen Anne Stakes. Not since Declaration Of War in 2013 has O'Brien been victorious in the race, but he is heading to the Berkshire venue in top form this time around, having saddled Love to victory in the 1000 Guineas at Newmarket on Sunday.

Sixth in the Investec Derby at Epsom last season, Circus Maximus bounced back to winning ways with a sparkling career best to win the St James's Palace Stakes at last year's Royal meeting. Edging out King Of Comedy by a neck, the Galileo colt showed that high level of performance wasn't a flash in the pan when putting up a creditable effort when finishing second to Too Darn Hot in the Sussex Stakes on his next outing, while the Irish star recaptured the winning thread when winning the Prix du Moulin.

A return to Ascot next week should see O'Brien's four-year-old produce a high level of form, and with this year's renewal of the Queen Anne lacking strength in depth, then it's no surprise to see him heading the betting. He will have to show he can reproduce the goods over the straight mile in the Queen Anne, but the relentless galloper has winning form over a mile and a quarter at Chester, so while some rivals may be coming to the end of their tether in the closing stages, Circus Maximus will gallop all the way to the line, and he is the one to beat.

Andrew Balding's Fox Chairman could prove to be a significant thorn in the side of Circus Maximus, as the lightly-raced four-year-old will attempt to maintain Balding's stunning start to the season that saw him train Kameko to 2000 Guineas success at Newmarket. With only four career starts to date, Fox Chairman is open to major improvement this season, and he is another contender with smart Ascot form on his CV. Second behind Sangarius in the Hampton Court Stakes last season, Fox Chairman ended his campaign with a comfortable victory in a Listed event at Newbury, but this could be a breakthrough year for the son of Kingman, and he has to be respected. A nagging doubt hanging over Fox Chairman's chances here could be regarding the trip, as he could arguably be a better horse over ten furlongs, so he may just lack that bit of tactical pace to win the Queen Anne.

Yet to saddle the winner of the Queen Anne Stakes during his illustrious career, John Gosden will be attempting to claim the opening day Group 1 for the first time on Tuesday, and he could unleash recent Brigadier Gerard Stakes hero and Cambridgeshire winner Lord North, who could drop back in trip for this test. Impressive when winning at Haydock Park last weekend, Lord North has shown that he is fully tuned up for the new campaign, but he has tasted two defeats on his last two visits to Ascot, so that is certainly a negative. He was beaten by Bless Him in handicap company in September, and David Simcock's raider Bless Him is also entered for the Queen Anne Stakes, so Lord North will need to reverse the form next week.

A month later Lord North was defeated by Escobar in the Balmoral Handicap on British Champions Day, and he also features among the Queen Anne entries. Trained by David O'Meara, who saddled Lord Glitters to a shock win in last year's Queen Anne Stakes, Escobar will look to come out on top once again, but he put up a poor effort when finishing last of ten in a Listed event last time out, so it's hard to see him getting the better of the in-form Lord North.

Behind Fox Chairman in last season's Hampton Court Stakes, Roger Varian's Roseman ended last season in fine style winning a Listed event at Newmarket with aplomb, and he could be a horse that propels into the limelight this season, and he could potentially be the biggest rival to Circus Maximus. The four-year-old beat former Queen Anne winner Accidental Agent in that Listed event, and his dominant four length success that day at Flat HQ showed real class, so if Varian can improve him further then he has to come into calculations.

Lancaster House will be the second shot fired by the O'Brien gun, but having racked up three wins from his first three starts, the Ballydoyle in-mate failed to fire in Group 2 company last time out, so he could be best watched. Sir Michael Stoute knows what it takes to win this race having saddled the winner three years on the bounce between 2000 and 2002, and the Freemason Lodge handler will saddle Mustashry, who has been tested in some tough contests in recent times. The seven-year-old was a well beaten seventh in last season's Queen Anne Stakes, but if he can replicate the form that saw him win the Challenge Stakes at Newmarket at the end of last season then he has to be a notable player.

Of the others, Duke Of Hazzard is aiming to make it four wins on the bounce, but his best form comes at Goodwood, and having failed to get his head in front on his last two previous visits to Ascot then he can be ignored, while Skardu has form to find with the aforementioned Duke Of Hazzard, who beat him in the Celebration Mile, and he was also beaten by Circus Maximus in the last season's St James's Palace Stakes.

This year's Queen Anne Stakes may lack significant strength in depth, and so it's hard to look away from Circus Maximus, who is a proven top-class performer, and is a horse that relishes the test Ascot throws up, and he can duly continue the fine form of the O'Brien team that has taken place in the first few weeks of the season.