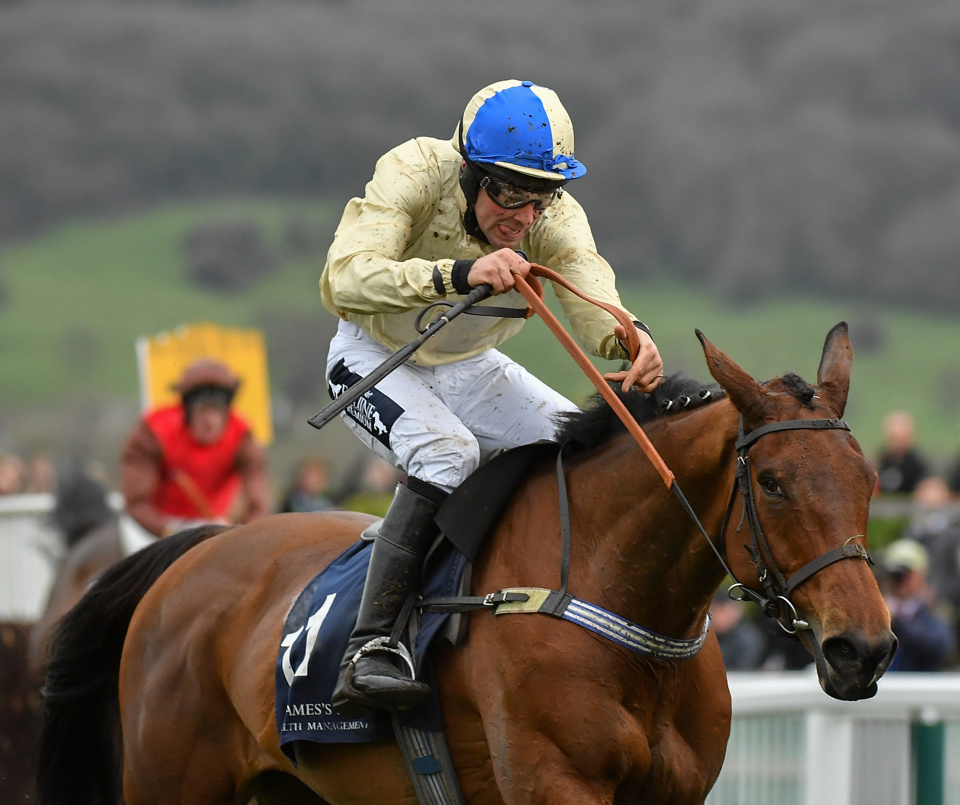 Hazel Hill is aiming to win the Foxhunters for the second year running.

Having picked out the winner of the Ryanair Chase on Thursday, Nick Seddon returns to run through the card on the fourth and final day of the Cheltenham Festival, which is headlined by the Cheltenham Gold Cup…

This is likely to concern the three market principals - Solo, Goshen and Allmankind. The first-named arrives here with an official rating that’s far superior to his two main rivals, and that’s thanks to a stunning effort on British debut, when taking apart his opposition in last month’s Adonis Hurdle at Kempton. He’s got to back that up here, and he could well do, but he’ll face an excellent field of juveniles. The fact that Goshen and Allmankind have both won their races with emphatic front-running performances means that this will likely become a fascinating tactical conundrum, and preference is for Allmankind, who was particularly taking in the way he won the Grade 1 Finale Juvenile Hurdle at Chepstow at Christmas, and with these conditions holding no fears, he can show his class here. At a bigger price, A Wave On The Sea impressed when winning the Grade 1 Spring Juvenile Hurdle at Leopardstown last month under a patient ride, and although this is tougher, he’d be interesting if provided with similar hold-up tactics here.

Dan Skelton has a tremendous record in this race, winning three of the last four renewals, and it looks worth taking a chance on a return to form for the 2018 winner of this race, Mohaayed. Admittedly, he’s been rather out of sorts so far this term, but this looks as though it’s very much been the plan for him once again, and he’ll be able to line up off a juicy mark - one that’s just 3 lb higher than when coming out on top this two years ago. Plenty have claims in opposition, though, including the novice Stolen Silver and the Mullins pair of Ciel De Neige and Aramon.

It’s difficult to look past the classy Thyme Hill, who has won each of his three starts over hurdles so far, with all of those outings coming at graded level. He produced his best effort yet to win the Grade 1 Challow Novices’ Hurdle at Newbury over Christmas, and with more to come from him yet, he’s fancied to take this. It’s worth taking a second look at the admirable Ramses De Teillee, too, who may offer a bit of each-way value at a bigger price. The Grand National is the ultimate aim for him this season, but he’s far more experienced than the majority of these, and showed a tremendous attitude to win a Grade 2 contest at Haydock last month. He’s one to consider at a double-figure price if the rain continues to fall.

This is the most open-looking Gold Cup we’ve had for several years, and it’s possible to make a strong case for the claims of several. Al Boum Photo will likely put up a strong defence of the crown he won 12 months ago, but his light campaign remains a niggling concern, and this is a tougher renewal. Each of Lostintranslation, Delta Work, Clan Des Obeaux and Kemboy all have a serious case to be made for them, but the vote goes the way of Santini. He’s taken plenty of stick for being something of a slowcoach, but he showed plenty of Gold Cup-winning credentials when accounting for the re-opposing Bristol De Mai in the Cotswold Chase over course and distance here in January, and he shades the vote.

This race is no stranger to a multiple winner, and each of Salsify, On The Fringe and Pacha Du Polder have completed doubles in the Foxhunters in the past 10 years. The horse bidding for that accolade this time around is the Philip Rowley-trained Hazel Hill, and while his claims are obvious, it looks worth taking him on with Minella Rocco. The 2017 Cheltenham Gold Cup runner-up has admittedly rather lost his way in the past couple of seasons, but he’s proven rejuvenated by the switch to this sphere, and had the measure of Hazel Hill when the pair clashed at Wetherby in February. Hazel Hill had to concede 4 lb that day, but there could well be more to come from Minella Rocco yet, and he’s taken to confirm that form here. At a bigger price, Alcala would be interesting provided his recent excursions haven’t taken the edge off him, while the eight-year-old Billaway can’t be discounted.

This regularly throws up a surprise, something shown by Croco Bay’s stunning 66/1 success 12 months ago, though favourite backers could have a far more fruitful time of things this time around with Greaneteen. He’s looked a horse to follow when winning each of his three starts over fences so far, and it was rather taking to hear just how high a regard his trainer holds him in when visiting Ditcheat last week. Indeed, Nicholls views the six-year-old as a Grade 1-winning chaser in the making, and although he has to carry plenty of weight here, his mark of 150 could underestimate him. Fellow six-year-old Lisp is another on the up and can’t be discounted, while the veteran Gino Trail roared back to from at Doncaster last month and was an excellent record in this race two years ago.

You’d be forgiven for having run out of steam by this point, and there are easier races to decode than the Martin Pipe. Front View represents the exact same winning connections as last year, and boasts the assistance of the excellent Jonjo O’Neill Jr. He’s shown plenty of ability in his three starts over timber so far this term, and bearing in mind that this has likely been the plan for some time, he can prove himself to be ahead of his opening mark of 139 - and complete a perfect week for owner J.P. McManus.