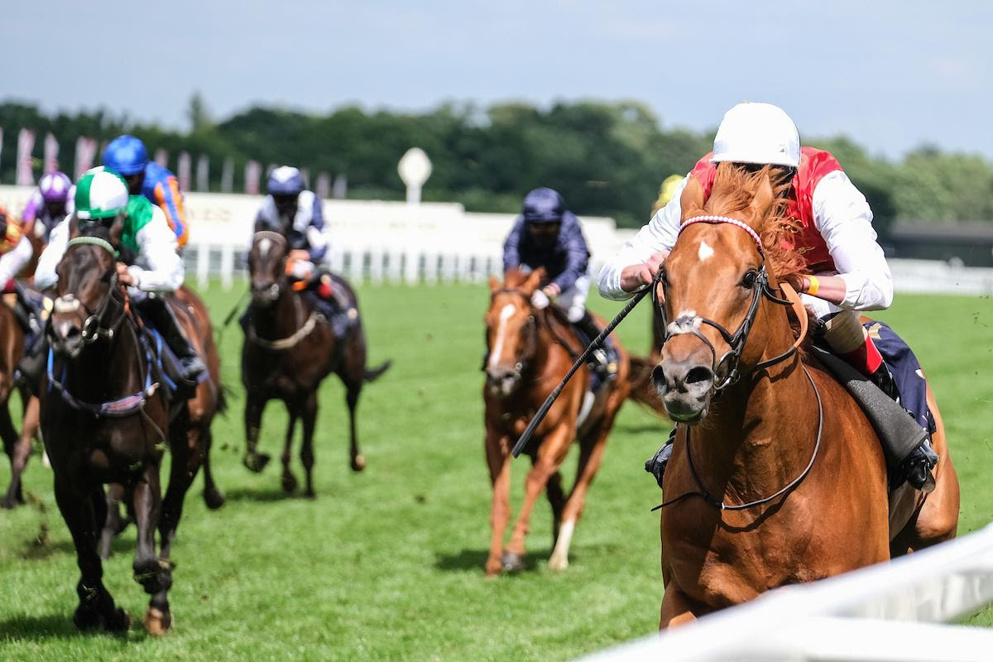 There are three bets for the fourth day of Royal Ascot.

Flotus was hugely impressive when winning on her racecourse debut at Goodwood and looks a worthy favourite for the opening contest on day four. However, I was really taken by the performance of SOWS (0.5 point each way bet at 25/1) at Nottingham on her first start and fancy her to outrun her odds and get at least a place. Nottingham maidens tend to throw up plenty of Group winners and trainer Richard Hannon won this race in 2015. Given that there is plenty of stamina in her pedigree, it was no surprise to see her hit a flat spot over the minimum trip before powering home and hitting the line strongly. She will have come on plenty for that run and will be suited by the step up to six furlongs. She holds a Group 2 entry as well as entries for a couple of valuable sales races.

This looks a very good renewal of the Commonwealth Cup with many of the runners holding strong claims. Dragon Symbol lost his unbeaten record when beaten by a nose (photo finish) at Haydock last time out, and he should run well again. Campanelle won at this meeting last year before taking the Group 1 Prix Morny in good style. Her fitness would have to be taken on trust as she hasn’t been seen since finishing fourth at the Breeders Cup meeting. Also on the shortlist is Supremacy, who was well beaten on his seasonal reappearance but won the Group 1 Middle Park Stakes last season.

However, preference is for the unbeaten French-trained filly SUESA (1 point win bet at 5/1), who will be ridden for the first time by the excellent William Buick. She is a dual Group 3 winner already this season by a combined distance of over six-lengths, so she fully deserves to take her place in this company. Her latest effort was really impressive as she quickened clear to score easily over this six-furlong trip. With wins on heavy, good to soft and soft, she should relish conditions at Ascot, and she is well drawn in stall 8.

Another fascinating Group 1 to savour featuring the likes of 1000 Guineas winner Mother Earth and winner of the Irish equivalent Empress Josephine. Alcohol Free won the Cheveley Park Stakes and was well backed ahead of her Newmarket run, and Shale won the Moyglare Stud Stakes at the Curragh. My selection is the other Group 1 winner in the line-up: PRETTY GORGEOUS (NAP – 1 point win bet at 6/1). Joseph O’Brien’s daughter of Lawman landed the Fillies’ Mile at Newmarket on her final start of last season, which built on promising runs in Group 2 and Group 3 company. As a result, she was sent off as favourite for the Irish 1000 Guineas last month but weakened as though she was in need of the run. That outing should have put her spot on for this and she has the eye-catching jockey booking of Frankie Dettori, who knows Ascot better than anyone.