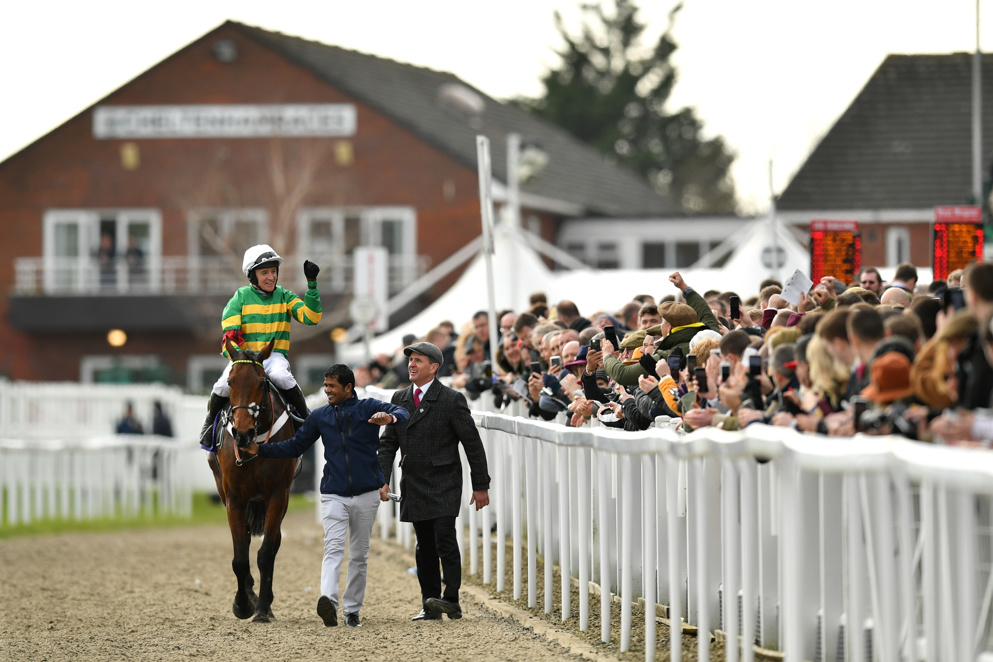 Champ hit a high of 719-1 in-running on the Betfair Exchange.

Champ produced a blistering late run to seal one of the most extraordinary Festival performances in recent memory to win Wednesday’s Grade 1 RSA Chase.

It looked for the world as though the race would be fought out between market leaders Minella Indo and Allaho approaching the second last.

But Geraghty, whose mount Champ was subject to a late drift in the betting, kept pushing, and the eight-year-old responded to his rider’s urgings and closed a near-10-length gap to get up in the closing strides - having hit a high of 719-1 on the Betfair Exchange.

It was a performance the 40-year-old jockey was delighted with, and he revealed that he always felt that he was still in with a chance in-running.

He said: “I knew we still had a chance turning in, I was probably six or seven lengths down but I thought I had a chance.

“I jumped the second last and I thought they were getting away a little bit, but I knew when I’d committed to pop the last, and the two in front weren’t brilliant at the last either, so on landing on the back of it I’m smelling the money again.

“As soon as he picked up and started picking up, as soon as I’m three lengths down, I knew it was over. He’s won well, and within 70 yards he’s gone a length clear, so I knew at the time it was coming.

“Jumping is hard work on that ground. Nico (de Boinville) has done a lot of work with him at home, when I was lying in bed he was schooling him yesterday morning, and a lot of credit goes to him and Nicky (Henderson) to get him jumping as they did.

“He’s a gorgeous horse, and definitely one for the future. It was a great performance to get back from an uncompromising position and he’s definitely going the right way.“