Russell offers positive report on One For Arthur 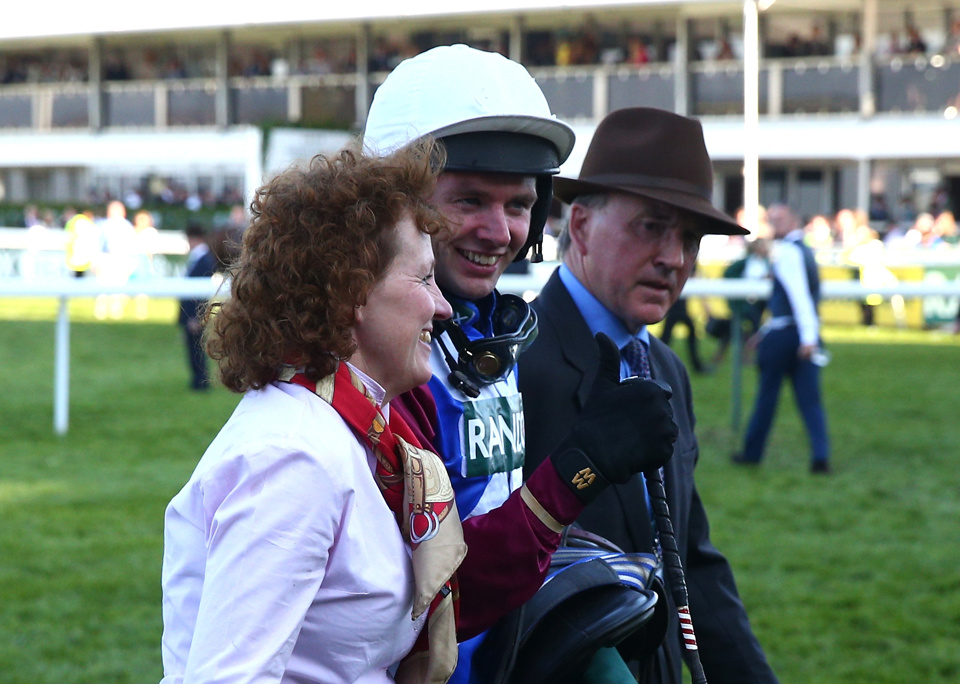 Lucinda Russell has offered a positive update about One For Arthur ahead of Saturday's Becher Chase.

Lucinda Russell has revealed that the 2017 Grand National winner One For Arthur is "looking fantastic" ahead of Saturday's Becher Chase at Aintree.

The ten-year-old has only made the track four times since his National win two and a half years ago, missing the entirety of the 2017/18 Jumps season, but he roared back to form with a fine sixth in the Grand National last April.

He's now due to take his chance in Saturday's Becher Chase at Aintree - a recognised trial for the Grand National and one of just five races each season run on the iconic National course - and his trainer Lucinda Russell is happy with the progress he has made so far this season, after a pipe-opener at Kelso in October.

She told the Jumps Racing Podcast on HorseRacing.net: "We were really pleased with him (at Kelso). The expectation going into the run was to get a clear round and get him back on the track after an interesting season last year, where he only had a couple of runs that were non-completions, and then he ran a super race in the Grand National.

"It was nice for him to complete the race and I know he's come on massively for that. Looking at him (on Monday night), his skin looks fantastic and the girl that does massage and helps us with the horses has just been in to see him and is delighted with him, so we’ve got a nice run-up now until Aintree on Saturday.”

One For Arthur is able to take his chance on Saturday on good terms with the handicapper, arriving here 5 lb lower than when running in the Grand National in April, and Russell feels the unique fences are a test he enjoys;

"He’s been round there a couple of times and he seems to light up when he gets there, and I think the distance in the Grand National really suits him.

"In a funny way (the trip of three miles and one furlong) might be a bit on the short side in the Becher Chase on Saturday, but having said that he’s a horse who’s in good form, so as long as he runs a good race our target is the National next April."

She added that One For Arthur was likely to have one more run in the new year before heading to Aintree, perhaps following the same route that he did when triumphant three seasons ago;

"I think we’ll have a look at Warwick, in the race that he won a couple of years ago (the Classic Handicap Chase in mid-January), or at Haydock or Kelso.

"I think it would be good to get another run in before the National, but if we don’t we’re not in so much of a panic. Last season it all got a bit mixed up because we hadn’t got any completions and then the racing started getting cancelled, but with the weather playing more of our game this year we’ve got some lovely soft ground and I hope it will be soft on Saturday for him at Aintree.”

One For Arthur is currently a 10/1 shot for Saturday's Becher Chase at the time of writing behind the 15/2 favourite Mulcachys Hill, and you can view the latest odds for the Becher Chase here.