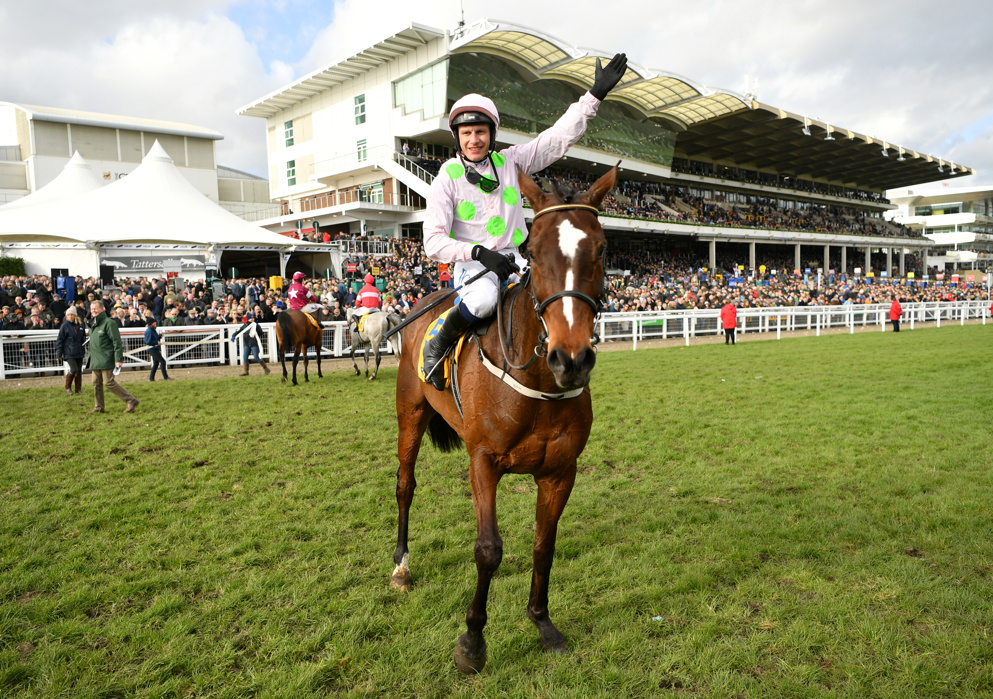 Min broke his duck to win at the Cheltenham Festival at the fourth attempt on Thursday.

Min produced a bold display of jumping to end his Cheltenham Festival hoodoo, and seal his first win at the meeting in Thursday’s Grade 1 Ryanair Chase.

The nine-year-old had been thwarted by a certain Altior in each of his three previous visits to the Cotswolds, but the step up to two and a half miles paid dividends, and he benefitted from a positive ride from Paul Townend to secure the sixth top level success of his career.

It was last year’s winner Frodon who initially looked to dictate things under regular parter Bryony Frost, though Townend quickly took up the initiative with Min, who set the pace in a style reminiscent of his scintillating success in last season’s Melling Chase at Aintree.

It wasn’t all plain sailing for Min, however, and having set a firm pace with a fine round of jumping, he was made to work hard to fend off the late attentions of the Harry Whittington-trained outsider Saint Calvados, while the 7/4 favourite A Plus Tard was third under Rachael Blackmore.

The success was trainer Willie Mullins’ second of the week at the Festival at the time of writing (subsequently won the Mares’ Novices’ Hurdle with Concertista), and he couldn’t hide his delight about the performance.

He said: "It was a good performance from Min and he likes to race from the front.

"We got the tactics wrong on him last year (when fifth in the Champion Chase) and it didn't work out. We changed things up this year and learnt our lesson - here he is now back at the top table. Min threw a wonderful leap in at the last and it was a great effort.

"Watching him jump today, he was just fantastic through the air and, when he needed a jump, he got them. He put the others under pressure.

"It was probably wobbly knee time after the last when Saint Calvados came up the inside but he still had a little bit left in the tank. I am pleased for him, Paul, Rich, Susannah and everyone.”

It has been a rather slow start to the week for Mullins, who had to wait until the final race of the second day to get off the mark, but he maintained that his string is performing well;

"The horses have been running well and just haven't been getting the rub of the green,” he said. "Faugheen and Melon ran great earlier and all the horses seem to be firing without winning."

The win was the second of the week for jockey Paul Townend, and Mullins was full of praise for his stable jockey;

"Paul is very cool. I think he forgets the last race and his attitude is 'next race, let's get on and concentrate on that'. He concentrates on what he has to do.

"I wondered whether Min just gets that trip and if that is the extent of his ability. I think he could go back to two miles but this seems to be his optimum trip."