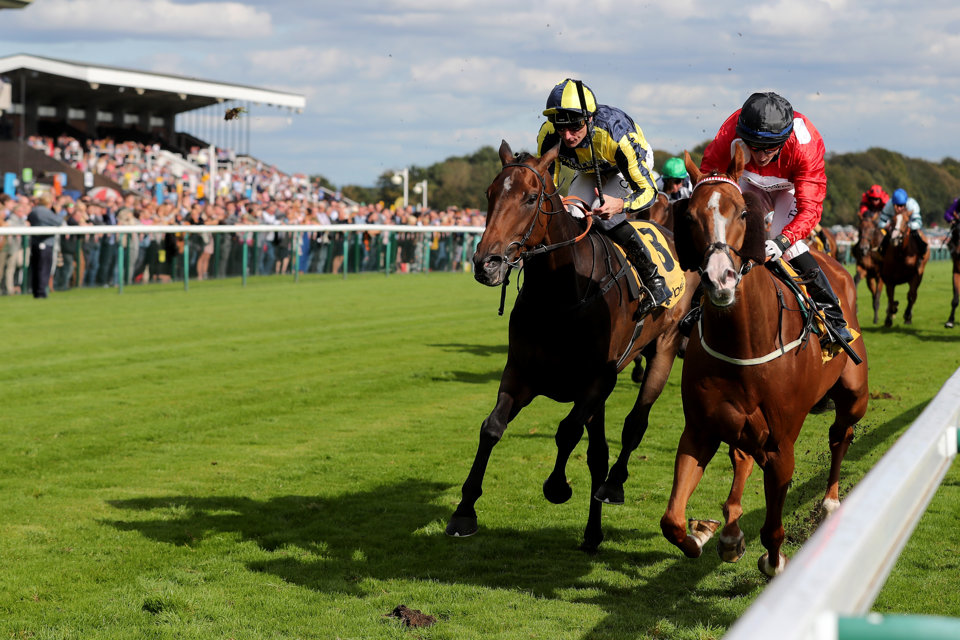 Sandy Lane Stakes Tips: Check out our best bet for the Group 2 prize at Haydock.

Steve Chambers previews the Group 2 Sandy Lane Stakes, and picks out his best bet for the Haydock Park contest on Saturday afternoon...

With conditions likely to be extremely testing at Haydock on Saturday, with the persistent rain causing the ground to soften, then it's worth looking at proven mudlarks when going through Haydock's card this weekend. However, one of the most anticipated runners on Saturday is the Archie Watson-trained Dragon Symbol who lines up here unbeaten, and is looking to record a fifth win from five starts.

Unraced as a two-year-old, the son of Cable Bay made an instant impact on the all-weather, as he claimed three impressive wins from his first three starts. Switched to the turf earlier this month, and handed his toughest test to date in a conditions event at Hamilton, Dragon Symbol cruised to a three length victory to enhance his rapidly growing reputation. Now, the Watson team are ready to send him into Group company this weekend, and a win on Saturday could launch him into the King's Stand Stakes picture at next month's Royal Ascot.

As mentioned earlier, the ground is sure to be testing, so Dragon Symbol will need to show he can act on soft ground, but if he takes to it then it's hard to see him not playing a major role, but around the 3/1 mark there could be some more attractive betting propositions elsewhere.

Michael Bell's The Lir Jet was a real top notch two-year-old, who burst into the limelight at Royal Ascot by winning the Norfolk Stakes. No match for Irish 2000 Guineas favourite Lucky Vega in the Phoenix Stakes at the Curragh last season, he kicked off this season with a third placed finish in the Greenham Stakes last month. A drop back to six furlongs here should see him in a better light, but he may just lack that ability to land this prize, and it's worth looking at the Martyn Meade-trained Method as an alternative challenger to the favourite.

A Listed win at Newbury last season showed his ability over sprint distances, but it was his second placed finish in the Cornwallis Stakes that catches the eye, as that came in soft ground at Newmarket. He will enjoy the step back up to six furlongs here, and has to be a major player here.

Roger Varian's Saint Lawrence and Clive Cox's Isabella Giles add significant depth to the contest, as the former shaped with promise when second in the Pavilion Stakes last time out, but having finished second on his two outings this season, then he may just struggle to get his head in front again. Isabella Giles won the Group 3 Prestige Stakes on soft ground at Goodwood last season, so has to be considered if replicating that effort. Her stamina was stretched at seven furlongs last time out in the Chartwell Fillies' Stakes, where she finished third, so she has to be on the shortlist on a return to six furlongs.

An eye-catching performer further down the betting is the Charlie Hills-trained Mujbar, who, at the time of writing is available around the 10/1 mark, and that looks to be a huge price, if he can produce his best form. He blossomed in heavy going on his final start last season as he beat the abovementioned Saint Lawrence in the Group 3 Horris Hill Stakes. His only other win came in soft ground, so he has to be a huge player here in conditions he should relish. He failed to land a blow on quicker ground in the Greenham Stakes earlier this season, but he should improve for that seasonal reappearance, and with a drop back to six furlongs not likely to cause many issues then he could well be the main challenger to Dragon Symbol, and he looks the value play in a thrilling renewal.