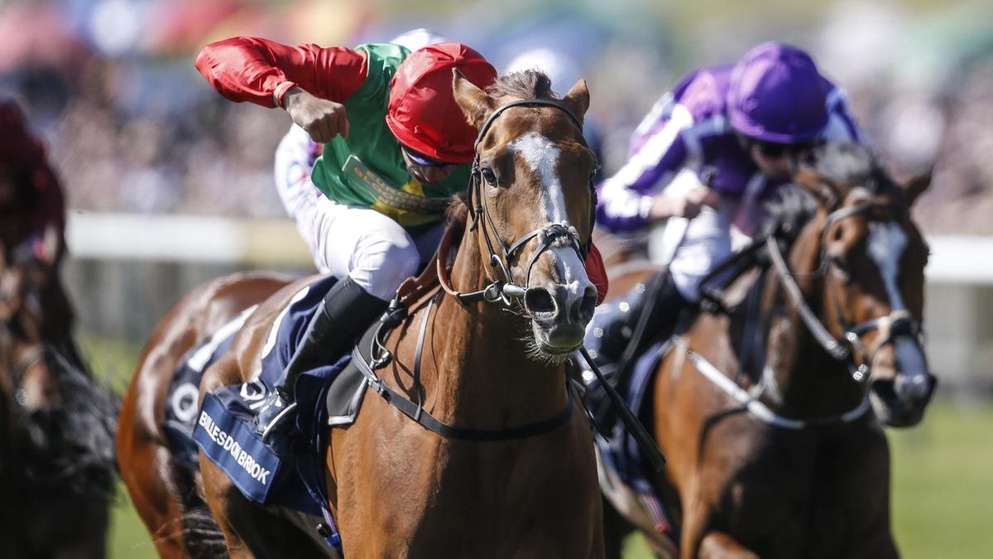 Nick Seddon takes a look at Saturday's televised action at Ascot, Newmarket and Redcar - which includes the Group 1 Sun Chariot Stakes - and tries to crack the ITV7...

We begin Saturday's televised action with a wide-open listed race over five furlongs, in which Dakota Gold appeals as the most solid option. He's been in good heart so far this season, winning the Beverley Bullet at this level in August, and he's produced two excellent efforts in defeat since, most recently when third on the back of a quick turnaround at Doncaster last month. He sets the standard on the back of that, and has been given an opportunity to catch his breath since. He's been holding his form really well this campaign, and gets the vote to prove too classy for this field.

Next up is an ultra-competitive fillies' handicap over a mile and a quarter at Newmarket, in which several deserve consideration. La Dragontea got off the mark in good style in a novice contest over this trip at Chelmsford last month and is interesting off her mark of 85 on handicap debut, while both Wondrous Words and Moll Davis arrive on the back of solid efforts. However, it's difficult to look past Oti Ma Boati, who arrives here in fine form. Indeed, she has won each of her two starts  this  campaign, and looked ahead of her mark when winning readily at Goodwood last time out. A 6 lb rise makes life tougher, but there could be more to come from her yet and she's fancied to keep the ball rolling under James Doyle.

It's impossible to look past Logician, who is likely warming up for an engagement on Champions Day. He looked a high-class performer in the making when winning the St Leger last season, and made a satisfactory return in a conditions event at that meeting last month. He'll strip fitter here, and should prove too classy for this field - with this performance likely to tell us whether he heads for the Champion Stakes or the Long Distance Cup.

An open-looking renewal of the Sun Chariot. The one to beat is undoubtedly Champers Elysees, who defeated Peaceful by one and a quarter lengths when winning last month's Matron Stakes at Leopardstown. She's progressed at a rate of knots so far this season, and impressed with the way she flew down the outside to win last time. She sets the standard on that and is respected, while Terebellum would be a big danger if replicating her effort to finish second in the Queen Anne in June. However, at the prices it looks worth siding with last year's winner Billesdon Brook each-way. She's yet to win this term, but has produced some excellent efforts in defeat, including when second in the Falmouth Stakes in July, and this really likeable type can hit the frame at the very least.

A typically difficult renewal of the Challenge Cup, which contains plenty of familiar names. Raising Sand won this two years ago, and it would be no surprise should this have been the plan for this course specialist. Saffie Osborne takes off a useful 7  lb though this will still be a big ask, while last year's winner Kynren also has a tough task off this kind of weight. The improving River Nymph arrives here on a roll and has to be respected on the back of his most recent win at Newbury in August, but the vote goes the way of Blue Mist. Admittedly, he disappointed here last time, though he's been dropped 1 lb for that and deserves another chance considering how impressive he was when winning the International Stakes two starts ago.

This is as competitive as usual, though Uncle Jumbo makes plenty of appeal. He's shaped well in two starts since making a winning debut at Doncaster in June, hitting the frame in valuable contests at York and Doncaster respectively. He travelled well for a long way before just running out of steam over six and a half furlongs at the latter last month, and with that form looking solid, this prominent sort is fancied to capitalise on the slightly shorter trip and should be bang on the premises late on.

We close with the Group 3 Bengough Stakes over six furlongs, which can go the way of the admirable The Tin Man. Admittedly, he isn't quite the force of old as an eight-year-old, but he's still been running to a smart level this campaign, finishing second at this level at Newbury in July and getting within four lengths of Dream Of Dreams in the Sprint Cup at Haydock last month. Ascot tends to bring out the best in him, and this looks a good opportunity to return to winning ways.

Today's Horse Racing Tips: Fizzy Feet to get his hoof ahead

Today's horse racing tips at Newmarket on Thursday. Our resident tipster Chris Baker has one bet for the racing…

Today's horse racing tips at Newmarket on Wednesday. Our resident tipster Chris Baker has one bet for the racing…

Racing Tips For Today: Distingo to deliver at Fontwell

With the two-day Showcase meeting taking place at Cheltenham on Friday and Saturday, Steve Chambers has picked…

Racing Tips For Today: Midnight to light up Exeter