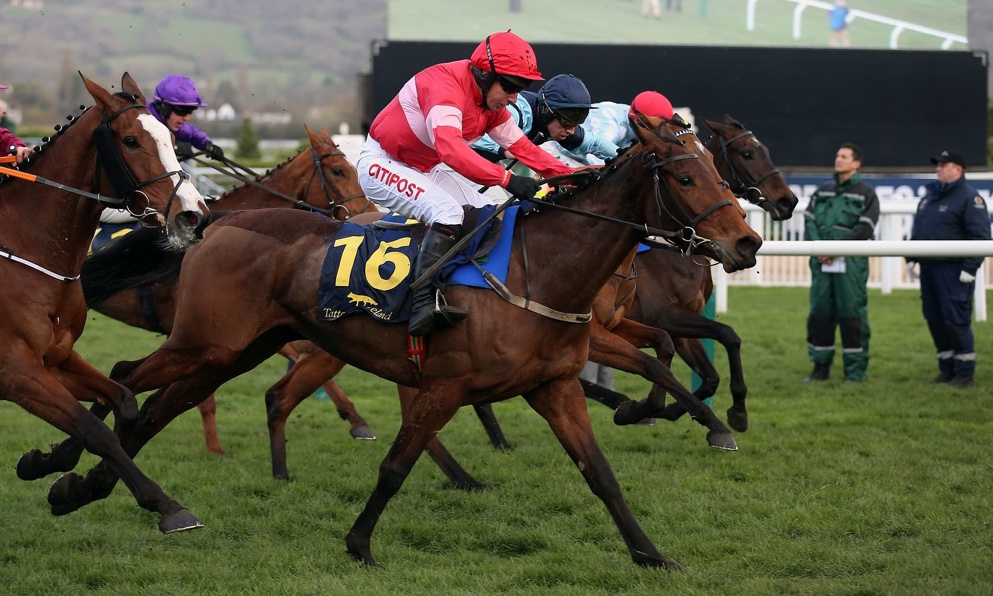 Eglantine Du Seuil is set to make her first start for the Paul Nicholls team.

Nick Seddon takes a look at Saturday's televised action at Wincanton, Doncaster and Aintree, and picks out his best bets...

We kick off this week's ITV7 game with a wide-open looking mares' handicap, in which Eglantine Du Seuil is a good price to show her class. She hasn't won since her victory in the 2019 Mares' Novices' Hurdle at the Cheltenham Festival, and although she rather went off the boil last season, she's held her own at higher grades in the past. She will have to give away an awful lot of weight to the field here, but has run well fresh in the past, and is a fascinating addition to the Paul Nicholls squad this campaign. Nicholls has an excellent record at this track, and Eglantine Du Seuil makes plenty of appeal at around the 6/1 mark to make a winning start for the yard.

We head over to Doncaster next for a listed contest for fillies and mares over a mile and a quarter, in which a final chance is given to Born With Pride each-way. Having looked a filly to follow when making a winning start in a listed contest on heavy ground at Newmarket last November, she's proven rather frustrating to follow this term, and has largely been well held in each of her four starts this campaign. However, three of those four outings came on good to soft going or faster, and she shaped pretty well when fifth in a Group 3 contest on soft ground at Deauville two starts ago. A repeat of that run here would certainly put her into the mix, and with the return to more testing conditions likely to suit, she's fancied to hit the frame at the very least at a double figure price.

In an open-looking contest, a chance is taken on Drumcliff to pick up his first success for two and a half years. He's been a bit of a tinker to train, and isn't a horse for maximum faith by any stretch of the imagination, but he's been kept busy through the summer since rejoining Harry Fry, and posted his best effort for a good while when third over slightly further at Fontwell last month. He's able to take his chance 9 lb below his last winning mark, and with several of his main rivals lining up on the back of an absence, he's fancied to put his fitness to good use and return to winning ways. Meanwhile, fellow J.P. McManus-owned rogue Modus is another who has slipped to a tempting mark, but is best watched after a long absence.

A competitive conditions event, which features several familiar names. Call Me Lord was out of his depth when last seen in the Champion Hurdle, but he was a Grade 2 winner last term and this is more like his level, while Ch'tibello is another regular in Graded events and can't be ruled out on reappearance. Summerville Boy is another to consider for all that he's been showing his best form over further of late, and with that in mind, a narrow vote goes to Thomas Darby. He's lightly-raced for a seven-year-old, but has some smart form under his belt, as he showed when winning a Graded handicap at Ascot in January. He's run well fresh in the past, and this looks well within his reach.

A tricky-looking novice contest, in which solid form is at something of a premium. Super Den sets the standard on the back of his effort to finish a close-up fourth over seven furlongs here last month, but that is hardly insurmountable form, and in the absence of any market to work with, a chance is taken on one of the two debutants, namely Sword Spirit. A 130,000 gns purchase as a yearling, she makes plenty of appeal on paper as a half sister to a couple of smart types, and although she seems to be the second string on jockey bookings, Cieren Fallon is a satisfactory stand in, and any market support for this daughter of Charm Spirit would be encouraging.

As open a renewal as you'd expect for the November Handicap, in which Euchen Glen ought to go close. He's enjoyed a stellar campaign, and having won the Old Borough Cup at Haydock in September, he lines up here on the back of back-to-back wins in Group 3 company. He faces a lofty mark as a consequence, and will have to concede weight to the field, but he's won over course and distance in the past and looks worth sticking with considering the mood that he's in at the moment. Meanwhile, at a much bigger price, it would be no surprise to see Torcello hit the frame. He signed off last season with a hat-trick of wins over this kind of trip, and after a short-lived stint over hurdles, he returned with a fine effort to finish a close second at Newbury last month. He's up 5 lb here, but the winner has gone in again since, and he ought to run well with Megan Nicholls back in the saddle - who partnered him to two of his three wins last term.

It looks worth keeping the faith with Present Man, who won back-to-back renewals of this in 2017 and 2018, and has Bryony Frost on board once again. He's generally at his best when fresh, and although he failed to fire in last year's renewal, he looks worth forgiving for that run bearing in mind we didn't see him again that campaign. He looked much more like himself when making a winning reappearance over three miles at Chepstow last month, and although a 2 lb rise means his new mark is towards the limit of his abilities, he will arrive here bang in-form and ought to go well at a track which brings out the best in him - for a yard that has won the last three renewals. Stablemate Danny Whizzbang is still pretty exposed and can't be ruled out on what looks a dangerous mark, while the in-form and race fit pair of Potterman and El Presente are two more to consider in an open renewal.