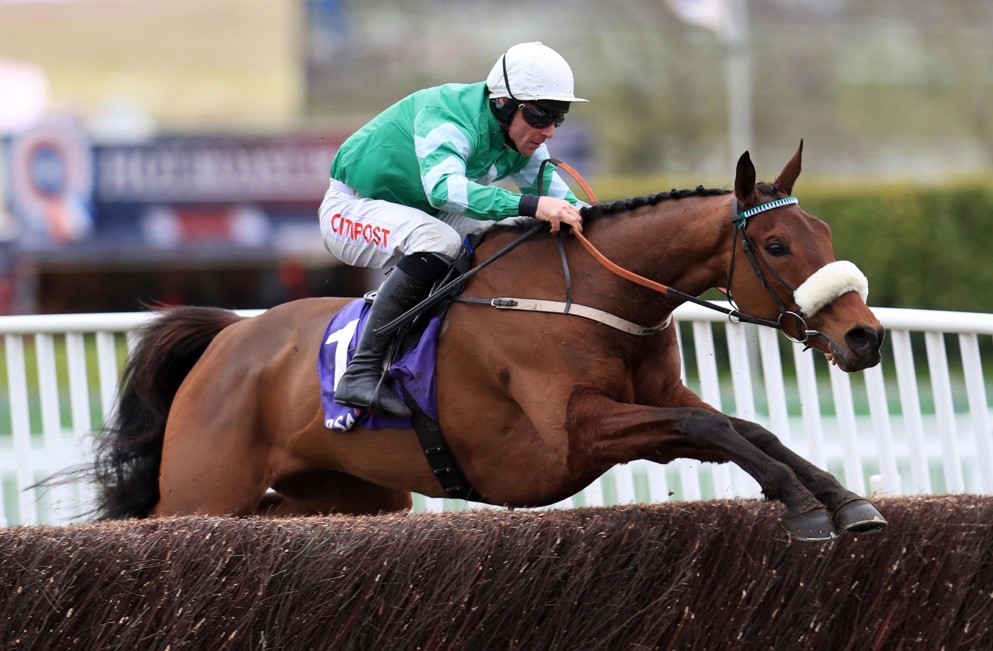 Nick Seddon previews a stellar renewal of Monday’s Grade 1 Savills Chase at Leopardstown, which regularly acts as a key pointer for next year’s Cheltenham Gold Cup…

The feature of Leopardstown’s four-day Christmas Festival, the Savills Chase is one of Ireland’s premier staying chases, and some top-class chasers have won this Grade 1 contest since its rebranding in the early nineties.

It is seen as a key indicator for next year’s Cheltenham Gold Cup, though it’s worth noting that only three horses have won both races in the same season this century, and rather curiously, all three were British-trained; Best Mate (2002-03), Denman (2007-08) and Synchronised (2011-12).

We won’t see any British raiders this year due to restrictions around the Coronavirus pandemic, but there is an excellent line-up regardless - one which provides a welcome breath of fresh air after some disappointing fields on this side of the Irish Sea in recent weeks.

The logical place to start is with last year’s winner Delta Work, who is one of three taking their chance for the Gordon Elliott team. The seven-year-old is a top-class chaser on his day, sealing a Grade 1 double over course and distance last term, before letting himself down slightly with his jumping when fifth in the Gold Cup.

He very much needed the run when fifth on reappearance at Down Royal in October, but it’s worth noting that he generally needs his first start of the campaign, and he’s clearly suited by this course and distance. Indeed, Delta Work has won on three occasions at the top level over three miles here, and bearing in mind that he will arrive here fit, he ought to be right on the premises once again.

Elliott has won two of the last four renewals of this, and he's also responsible for both Presenting Percy and Samcro. The latter was a high-class novice last season, winning the Marsh Novices' Chase at the Cheltenham Festival, and he steps up to three miles for the first time here. It will be interesting to see how he handles the step up in trip having long been hailed as a potential Gold Cup horse by his connections, though it's worth noting that he shaped as though two and a half miles was far enough at the Festival in March. He'll arrive here fit after a satisfactory reappearance at Down Royal in October, and while he almost certainly has the talent to feature, he's best watched on his first try over three miles.

Much like his great rival Willie Mullins, Elliott often has an embarrassment of riches in these races, and his strongest chance could lie with the revitalised Presenting Percy. The nine-year-old has yet to live up to the abundant promise he showed as a novice in the 2017-18 campaign, when a brilliant winner of the RSA Chase, but he's very much made up for lost time since being switched to Elliott at the beginning of the season - defeating a very strong field for the level when winning a listed contest at Thurles in November (Kemboy second).

He's a top-class performer on his day, and there's a feeling that his trainer could squeeze a bit more improvement out of him yet in the right circumstances, with a switch away from more patient tactics having seen him to good effect so far for his new handler. Rather surprisingly, Presenting Percy has yet to win a Graded contest outside of novice company, a stat which should be broken sooner rather than later, and in a wide-open renewal, he appeals as a particularly solid option at 5/1.

😍 Things you absolutely love to see - Presenting Percy is back!

A fine round of jumping from the former RSA Chase winner who records a first win since January 2019 for @gelliott_racing & @jackkennedy15 in the feature https://t.co/fPvIgqL2dL Chase at @thurlesraces 🏆 https://t.co/OnVkQ90RUU

The clear favourite at the time of writing though is Minella Indo, who was second behind Champ in last season's thrilling RSA Chase. The seven-year-old deserves plenty of credit for that outing, bearing in mind that it was his first at Graded level over fences, and just his third over the bigger obstacles in total, and he's impressed on his two runs so far this season, picking up wide-margin Graded wins at Wexford and Navan respectively. This will ask plenty more of him, but he certainly deserves his place and should go close - with the prospect of more improvement to come from him yet.

Four more to consider are Kemboy, Melon, A Plus Tard and Allaho. The first-named was a devastating winner of this race for Willie Mullins in 2018, though he doesn't always convince with his jumping, and failed to build on that fine breakthrough season last term, suffering defeat on all three of his starts. He had no excuses when second behind Presenting Percy on reappearance last month, and although he'd be dangerous if allowed to dominate, he'd need to take a big step forward from that if he is to take this.

Like Minella Indo, Allaho was a talented novice last season, and was just a length behind that rival when third in the RSA Chase at Cheltenham, when looking the winner for a long way. That run was a clear career best effort, though, and although he'll be suited by the return to three miles here, he has something to prove after a disappointing return at Punchestown earlier this month. Also running in the colours of Cheveley Park Stud is A Plus Tard, who enjoyed a fine campaign last season, lowering the colours of a certain Chacun Pour Soi over two miles at this meeting.

He ran well to finish third in the Ryanair Chase in March, but this will be just his second try at three miles, and he doesn't appeal as an obvious stayer. Another one who's doubtful to get the trip is Melon, who is a talented and versatile type, but he tends to save his best for the Cheltenham these days and disappointed on his sole try over three miles.

Similar comments apply to the talented pair Fakir D'oudairies and Tornado Flyer, who don't appeal as obvious candidates for this kind of test, and with that in mind, Presenting Percy appeals as a particularly solid option in what should be a hugely informative affair.