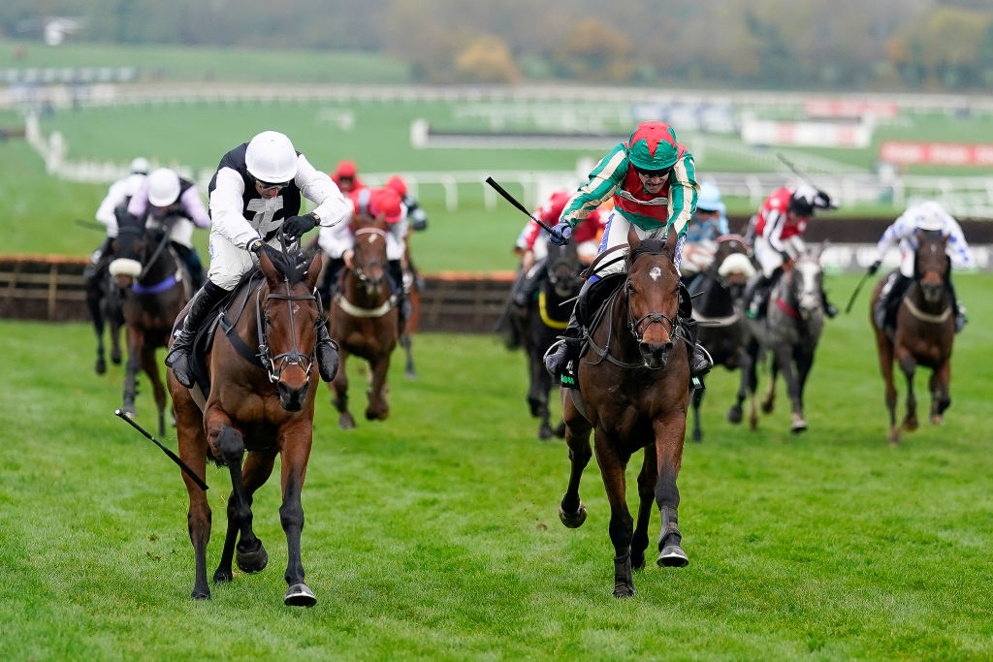 West Cork won the Greatwood Hurdle earlier in the season

We are set for a thrilling National Hunt card at Ayr on Saturday afternoon with the Scottish Grand National the feature race, but there's a superb undercard taking place and the Scottish Champion Hurdle has attracted an intriguing field, and we preview the event here...

Third in last season's County Hurdle at the Cheltenham Festival, Neil Mulholland's Milkwood then went on to storm to glory in the 2021 Scottish Champion Hurdle on Scottish Grand National day, and he's back to try and retain his title this weekend, and he's unsurprisingly a prominent figure in the betting. Second in the Galway Hurdle after that effort, he was last seen over fences finishing fourth at Uttoxeter, but Mulholland has opted to send him back over hurdles.

A winner of this race last season off 142, he will have to defy an 8lbs rise and he will have the burden of top weight in this limited handicap hurdle, but having shone last season he will be extremely tough to beat in a race he's currently 4/1 for.

The current 7/2 market leader is Dan Skelton's WEST CORK, who defied a huge absence from the track to bound to glory in the Greatwood Hurdle at Cheltenham at the start of the season, and he's continued to blossom as the season has progressed despite having failed to get his head in front again. Fifth in a competitive Grade 3 event at Ascot, he was then put away for this year's County Hurdle at Cheltenham, where he was an excellent fourth behind State Man.

Given a meagre 1lb rise from the handicapper for that top effort, he will be in receipt of 8lbs from Milkwood in this event and that could prove pivotal in what should be a really competitive renewal, and the Skelton charge can record his second win of the campaign.

Neil King's Onemorefortheroad has been a hugely progressive handicap hurdler in recent times, and he incidentally finished ahead of West Cork when they clashed in the Ascot handicap hurdle mentioned above, and they meet on similar terms on Saturday. Having finished second behind Tritonic at Ascot he then ran an absolute stormer to finish fourth to Suprise Package in the Imperial Cup, so heads to Ayr in superb form.

Sure to be in the shake-up at the final flight, Onemorefortheroad's busy campaign could just get the better of him in the dying strides, and it's the fresher West Cork that can reverse the Ascot form and claim victory over his old foe in another eye-catching duel between the pair.

With only two wins from 15 hurdles starts, Anna Bunina has often found a couple too good, and while the mare performed with credit in hot handicaps at the end of last season, she has struggled to find her best form this season, and was last seen being beaten in the Scottish County Handicap Hurdle, so can be ignored.

Laura Morgan's Socialist Agenda won that Scottish County Handicap Hurdle, and is a performer on the upgrade, but this is a whole new ball game in better company here, so that raider may struggle. Donald McCain's Barrichello has been in red-hot form of late and notched up two wins on the bounce, and is a 7/1 chance to score here. However, he's another that may just find it tough against some classier rivals and along with the 10/1 chance Alqamar, who fell last time out, can be ignored in a race dominated by the front few in the betting.

placed
5/2
Grand National 2022
ITV Racing Tips: Most tipped selections for the Irish 1000 Guineas and action from the Sunday Series at York
By Russell Palmer