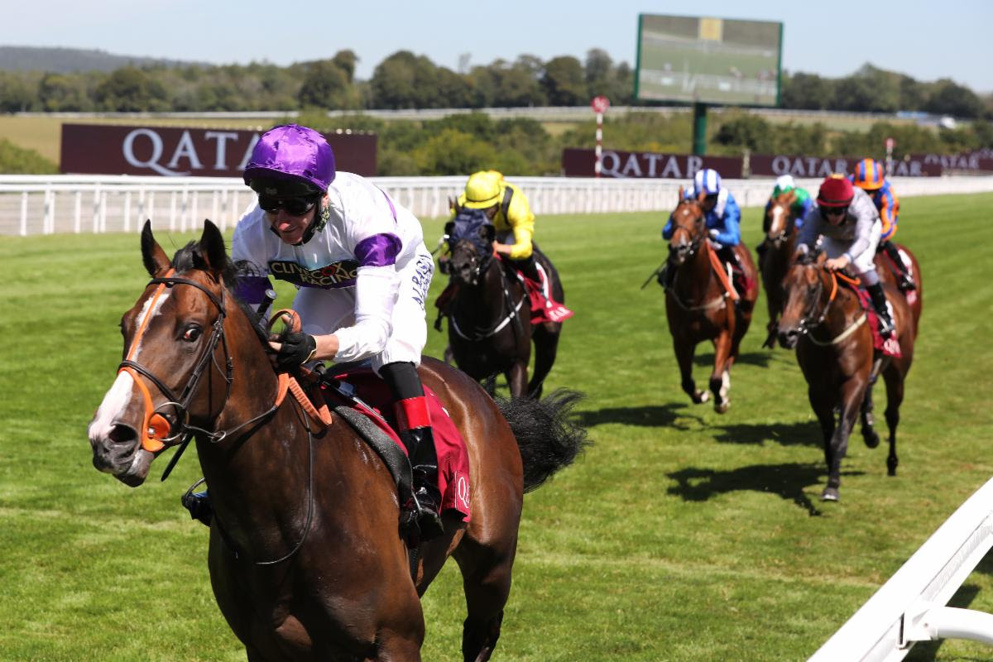 Steve Chambers previews Saturday's mouth-watering Betfair Sprint Cup at Haydock Park, and picks out his best bet for the Group 1 showpiece, which will see Starman line up as a red-hot favourite for the 6f prize...

Ed Walker's Starman was last seen on British soil romping to victory in the Group 1 July Cup at Newmarket, and the speedy four-year-old will attempt to land another big-race success this weekend when he lines up in the Sprint Cup at Haydock Park. Having warmed up for that sparkling victory at Flat HQ with a dominant win in the Group 2 Duke Of York Stakes in May, Starman showed he was at the top of the sprinting hierarchy with an authoritative one-and-a-quarter length win over Dragon Symbol and a repeat of that effort should see him have too much here.

He failed to make it three Group wins on the bounce when he was sent off to France for the Prix Maurice De Gheest, as Walker's stable star could only finish third in that Group 1 contest, but he was far from disgraced that day, and with ground conditions likely to be ideal for him then he has to set the standard here. Tom Marquand is sure to keep Starman off the pace again before unleashing his magnificent turn of foot in the closing couple of furlongs, and if he can find the gaps then he's sure to be very tough to beat. However, with him potentially going off odds-on then could there be a value play to take him on with?

Six of the last ten renewals of the Sprint Cup have been won by three-year-olds and there will be a strong team from the Classic generation taking their chance here, and it's likely to be spearheaded by the Charlie Appleby-trained Creative Force, who is looking to recapture the form that saw him land the Jersey Stakes at Royal Ascot back in June. Since that Group 3 win he could only finish fifth behind Starman in the July Cup, while last time out he was just touched off over seven furlongs in the Lennox Stakes at Glorious Goodwood. The drop back to six furlongs could work in his favour, but the Godolphin raider will have to find some notable improvement to reverse the Newmarket form with Starman and he is one to avoid.

The most interesting three-year-old lining up is the Clive Cox-trained SUPREMACY, who was a real top notch juvenile last season, but has been unable to recapture that two-year-old form this campaign. Wins in the Group 2 Richmond Stakes and Group 1 Middle Park Stakes last season propelled him into the sprinting limelight, but having flopped on his comeback run when last of eight in the Pavilion Stakes at Ascot (sent off 10/11 fav), he then could only finish 15th in the July Cup.

Hard to fancy on this season's form, Supremacy certainly showed last year that on a going day he is a top notch sprinter, and with some double-figured odds available about him landing this prize then he could well be a decent value option. The field does lack a number of proven Group 1 winners, so with that level success on his CV then he could be one to cause a notable tremor on this event, and the Mehmas colt could be an excellent each-way contender for punters to follow.

Tim Easterby last trained the winner of this race back in 2003 with Somnus, and he will have a live chance here in Art Power, who was a decent fourth in the race 12 months ago, and has been competing at the highest level this term. The fast-starting four-year-old is sure to set the early fractions, but often this season he has just been collared in the closing stages, and he could yet again set the race up perfectly for a fast finisher, so is best watched.

Second at 25/1 in the 2020 Sprint Cup, Glen Shiel will attempt to go one better this time around, and if he can replicate his second placed finish in the Diamond Jubilee Stakes at Royal Ascot then he could well be a factor. But, sixth in the July Cup and 10th in the Prix Maurice De Gheest, the Archie Watson-trained seven-year-old faces an uphill task to feature here.

Of the others, Emaraaty Ana ran a stormer when finishing second in the Nunthorpe Stakes at a big price last month, but the step up to six furlongs for Kevin Ryan's charge here could be a notable negative. Hackwood Stakes winner Happy Romance heads to Haydock looking to follow that recent success up, but this is a huge step up in class, while Summerghand was a winner in Listed company last time out, and is another that may just find it tough at the highest level.

Today's horse racing tips at Doncaster and Leopardstown. Our resident tipster Chris Baker has two bets for the…

The Weekend Wager: Tips from Doncaster, Leopardstown and Curragh this weekend
By Steve Chambers

In this week's edition of The Weekend Wager we have tips from Doncaster and Leopardstown on Saturday, and a selection…

Top 10 Most Popular Horses: The Tiger Rolls into 8th
By Joe Tuffin

In our new series, we're taking a look at the top 10 most popular horses of the 21st century, and taking 8th is…