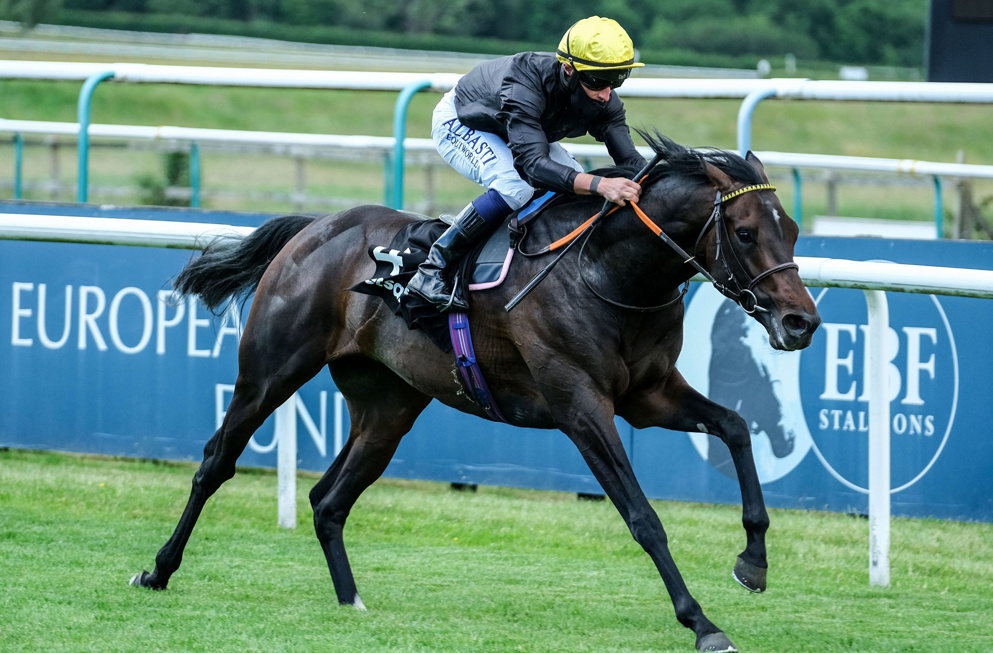 Steve Chambers profiles English King, who won the Lingfield Derby Trial earlier in the season, and is a lively outsider for the 2020 St Leger, which takes place at Doncaster on September 12, 2020...

A twice-raced juvenile, English King broke his maiden tag at the second time of asking, when he comfortably claimed his first win at Newcastle on the all-weather last November. Having only seen a racecourse for the first time a month previous, English King was always going to be a much more polished performer in his three-year-old campaign, and he showed his potential with an exquisite comeback run in June 2020.

Sent off a 9/4 joint-favourite for the Lingfield Derby Trial, the son of Camelot produced a scintillating display, and having serenely travelled through the race, he duly picked up in impressive fashion for Tom Marquand, and a memorable success booked his place in the Investec Derby at Epsom Downs the following month.

A well-supported 100/30 second favourite, English King was one of the many Derby runners that failed to land any sort of blow on runaway winner Serpentine, and while he made a bit of eye-catching headway in the closing stages, he was never in with a shout of bagging classic glory, and eventually finished fifth. Like the rest of the chasing pack in the Derby, English King was given far too much to do, with Serpentine making a mockery of the premier classic of the season, and you can all-but write his Derby run off.

With aspirations lowered in his next outing, English King was the red-hot 5/4 favourite for the Group 3 Gordon Stakes at Glorious Goodwood, but he produced one of his poorest performances to date, as he could only finish fourth of six behind Aidan O'Brien's Mogul in the 1m 3f 218y contest, and it now leaves the jury out on his abilities at the highest level.

Trainer Ed Walker has always spoken highly of English King's abilities, but having failed to recapture the form he showed when easing to success in the Lingfield Derby Trial, he will need to hope that a trip to Doncaster this month can work wonders and he can produce a career best display and down the likes of Santiago, Pyledriver and Hukum, who all line up on the back of some taking victories this campaign.

Classy: His magnificent Lingfield Derby Trial performance highlighted his ability to perform at a high level, and should English King be on a going day at Doncaster, he has to be considered a major contender. Unable to show his best in the Derby, the Gordon Stakes run was poor as well, but if Ed Walker can get him fully tuned up for the St Leger, his class could get him on the vicinity come the finish.

Stamina: Staying on past beaten horses in the Derby suggest that the step up in trip could be the making of English King. His sire Camelot won the 2000 Guineas and Derby before being touched off by Encke in the 2012 St Leger, so his stamina-laden pedigree should mean he sees out the trip well, and it could be that he turns into the next potential Cup horse for his own Bjorn Neilsen, who has dominated that division in recent times with Stradivarius.

Won his first race a week ago

Now Serpentine is the Investec Derby winner at @EpsomRacecourse

No Group wins: For all his victory in the Lingfield Derby Trial was impressive, it was only a success at listed level. He's subsequently struggled to fire in Group company, and with proven Group winners taking their chance in the St Leger, he has to show he can perform to the high level needed to claim classic success..

Ground Worries: His solitary turf success came on good to firm ground, and having disappointed on good ground at Epsom and Goodwood, could English King need it rattling fast at Doncaster. With the weather beginning to turn colder and wetter, the ground could come up soft on Town Moor, and with his sole outing on soft going coming on debut at Newmarket (7th of 13) then there's questions whether he can act on a surface with a bit of give in it.

How will English King fare in the 2020 St Leger?

Touted as a star colt for much of the season, English King has flattered to deceive, and while he should relish the test that a St Leger brings, there's more reliable contenders taking their chance in the field, and he can grab a place at best in a fascinating renewal of the final classic of the season.