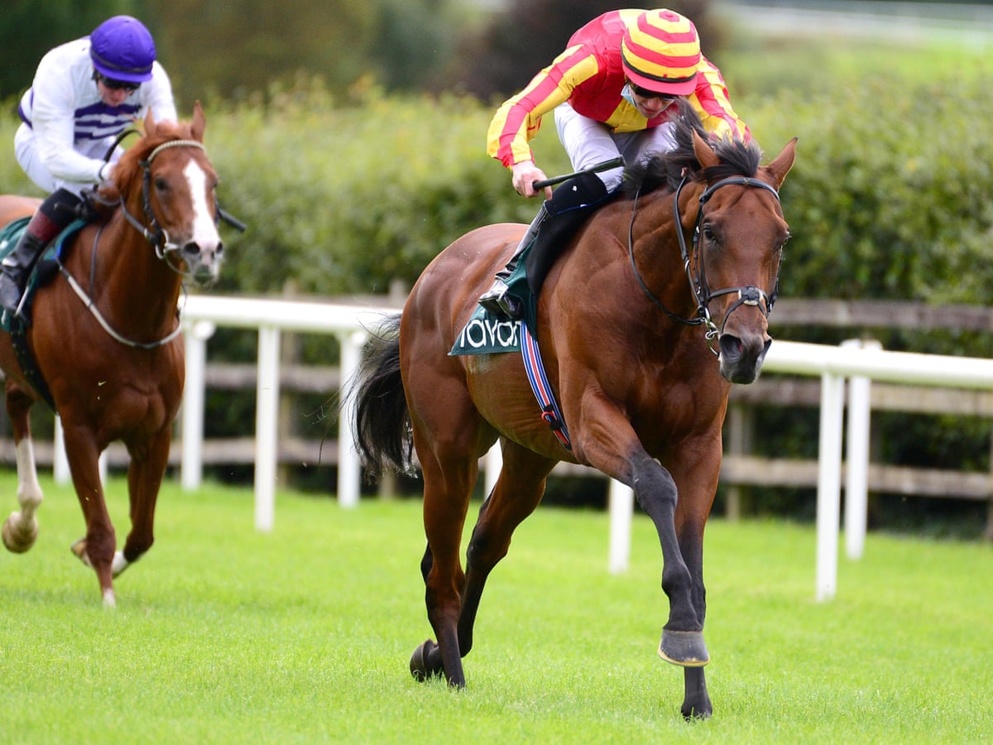 St Leger Tips: Galileo Chrome will be a lively player

Steve Chambers profiles Galileo Chrome, who has been well supported in the 2020 St Leger betting for Saturday's classic, as the Joseph O'Brien-trained raider bids for a fourth win on the bounce...

Once raced as a juvenile, Galileo Chrome failed to taste victory on his racecourse debut as he could only finish fifth in a Leopardstown maiden in October 2019, but since then the Joseph O'Brien-trained son has become a win machine and has been handed the task of trying to win the 2020 St Leger at Doncaster.

Having failed to get his head in front over a mile on debut, Galileo Chrome was then upped in distance for his first start as a three-year-old, and the step up to 1m 2f worked wonders as he claimed a narrow victory at the Curragh in mid-June. Sent off an odds-on favourite at Leopardstown in late July, Galileo Chrome made it two wins on the spin in 2020, as the son of Australia cruised to a six-length success over his rivals, and it was his victory that day that would've had connections dreaming of bigger targets later in the season.

Despite him excelling over ten furlongs, O'Brien opted to up Galileo Chrome in trip again and he was last seen competing over 1m 5f in Navan's listed Yeats Stakes in late August. Showing class in abundance, Galileo Chrome serenely dispatched his rivals with aplomb, beating Emperor Of The Sun by five lengths, and it was his accomplished display that gave connections the hope that they could have a potential classic contender.

Now set for his first trip to British shores on Saturday, Galileo Chrome will be eager to show that there's more to come and having been well supported he is a fascinating contender in what looks a wide open renewal of the 2020 contest.

Three from three this season!

Progressive: With three impressive wins on the bounce, Galileo Chrome will line up at Doncaster in the form of his life, and having breezed to listed success connections can only find out how good he is by letting him take his chance in this fascinating final classic of the season, and his first Group 1 race.

Huge Step Up: With a host of proven Group 2 and Group 1 winners lining up in the St Leger, Galileo Chrome will take his chance with a far less glittering CV, and it's up in the air whether he will have the class required to be victorious in a race jam-packed with quality. With a solitary listed win to his name, Galileo Chrome will need to continue on a steep incline to be victorious.

Lack Of Experience: Seen on a racecourse on four occasions, Galileo Chrome is one of the more lightly-raced competitors taking their chance, and with some more battle-hardened rivals taking their chance then he has to show that he is up for the fight, should it come to a tussle in the final furlongs.

How will Galileo Chrome fare in the 2020 St Leger?

Three wins on the bounce have rocketed Galileo Chrome into the St Leger reckoning, and having shown that he will relish the test of stamina a Leger provides, the Joseph O'Brien colt will be a notable contender for glory, but this is his toughest test to date, and he will need to continue on an upward curve to battle for the gold medal at Doncaster.

Verdict: Fascinating runner, who could shock a few.

Nick Seddon profiles Raabihah, who is one of the leading French-trained challengers for this weekend's Prix de…

Today's Horse Racing Tips: Double down at Ayr with these fancies

Today's horse racing tips at Ayr on Tuesday. Our resident tipster Chris Baker has two bets for the racing on Tuesday.

Nick Seddon profiles Mogul, who arrives in Paris on the back of a notable course and distance success.

Nick Seddon profiles Enable, who is aiming to create history by winning the Arc for a record third time.

Enable will face a maximum of 21 rivals in Sunday’s Prix de l’Arc de Triomphe, as she bids to become the first…

Today's Horse Racing Tips: This fancy can strike at Bath

Today's horse racing tips at Bath and Newton Abbot on Sunday. Our resident tipster Chris Baker has two bets for…