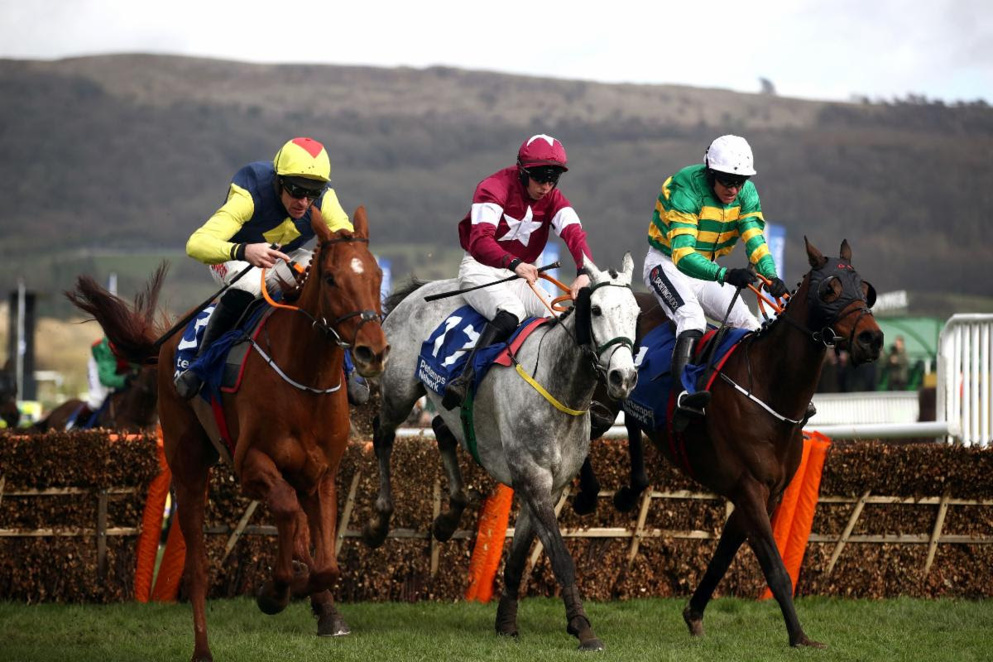 Ed Quigley gives his Stayers' Hurdle tip in a race that is the feature race on day three of the Cheltenham Festival and sees a bumper field go to post...

Even though there are no spectators in attendance, the proverbial roof will come off the stand if PAISLEY PARK can regain his crown and land the Stayers' Hurdle for the second time. The winner in 2019, he was below par in this contest twelve months ago, but a fibrillating heart issue was to blame, so it has been a fantastic effort from Emma Lavelle and her team to get the horse back and firing on all cylinders. On paper at least anyway, his task has been made significantly easier by the defection of Thyme Hill last week, but nonetheless, this still looks to be a contest with plenty of challengers ready to serve it up to the popular nine-year-old. There are only so many times the horse can keep going back to the well in my view, and I would be happy to take him on at the prices.

SIRE DU BERLAIS has made a name for himself by winning the last two renewals of the Pertemps Final at the Cheltenham Festival, and clearly this track plays to his strengths; he has to prove he has bridged the gap between top handicapper and elite animal, but a return to this venue could be a huge factor and I expect him to go close. His time of winning last year's Pertemps was faster than LISNAGAR OSCAR winning the Stayers' Hurdle and he is a horse with stamina in spades. Lisnagar Oscar has had a wind-operation over the winter and shaped well when second to Haydock last time out. He caused an upset when winning this twelve months ago and cannot be ruled out here.

Obviously, if you rate the chances of Sire Du Berlais, then that brings FLOORING PORTER into the equation. This progressive sort has been exciting to watch under forceful tactics, and also had FURY ROAD and THE STORYTELLER behind him when scooping Grade 1 honours in the Grade 1 Leopardstown Christmas Hurdle. The balance of his best form seems to be on fairly soft ground though and drying conditions may count against him. Fury Road has to be respected on the basis of his run in last year's Albert Bartlett, but again, more testing conditions would probably play to his strengths.

VINNDICATION could be the joker in the pack for the Kim Bailey team. Last seen unseating in the Ladbrokes Trophy at the back end of last year, in many ways this is a little bit of an afterthought considering the horse was a bit sore after his mishap at Newbury, and Bailey admitted that they probably would have gone for the Cheltenham Gold Cup if they had time to get a run into him before the Festival. He hasn't run over the smaller obstacles for three years, but It is worth remembering that he is unbeaten over hurdles, and showed some very smart form when he did - including when getting the better of Champ in a cracker at Ascot. He stays the trip well and looks to have solid each-way claims for Kim Bailey who has had an excellent season.

Of those at zany prices, I wouldn't at all be surprised to RESERVE TANK massively out run his odds. He is around 66/1, and has been plagued by injuries in recent times, but was a dual Grade 1 winner back in 2019 and his two best runs of his career came on spring ground. With conditions rapidly drying out, he could get involved in the finish at huge odds for the Colin Tizzard team.