Steve McManaman: Cyrname looks the one to beat 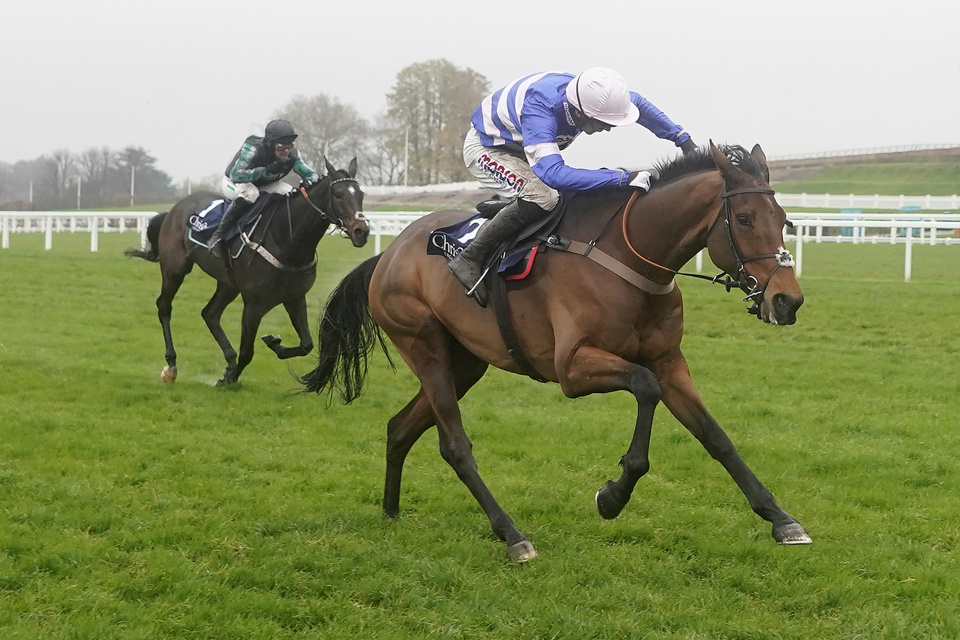 Cyrname is the current favourite for the King George at Kempton.

In the latest edition of his exclusive column on HorseRacing.net, Liverpool legend Steve McManaman looks ahead to the King George at Kempton, before giving his views on the world of football…

Boxing Day is one of the best racing days of the year.

The highlight is the King George VI Chase at Kempton, which is second only to the Cheltenham Gold Cup in terms of three-mile chases, and we’re set for a mouth-watering renewal.

I always used to love this day during my playing days at Real Madrid. The Christmas period was one of the times you’d get off in Spain, so I was able to get to Kempton to see my own horse Seebald contest the race in 2004.

It was really special, because I rarely managed to find time to actually go and watch my horses due to work commitments - out of my 36 winners I was only able to go and see them twice.

It’s a shame that we won’t be seeing Altior this year, but I can see why Nicky Henderson has decided not to step him up in trip again just yet as he had a hard race at Ascot last month, when suffering his first defeat over obstacles against Cyrname.

That means Cyrname is probably the one to beat here, though I was really impressed with Lostintranslation’s performance to win the Betfair Chase at Haydock. Beating Bristol De Mai at Haydock is no mean feat, and he’s the only horse left who can complete the Jumps Triple Crown, but visually Cyrname was excellent against Altior, and his form is perhaps just a little stronger coming into this.

Let’s move on to Liverpool, who have a great chance of retaining the Champions League.

They’re European champions, they’re top of the league, and they’ve got the best record in Europe at this moment in time if you look across the five best leagues in Europe.

You know in a one off game in the Premier League, if Liverpool are playing Tottenham, Chelsea or Manchester City, for example, you know how close these games can be.

But if you put Liverpool up against any other opposition, away from the English teams, where teams have to come to Anfield and where Liverpool have to go away from home and probably score, I always feel like Liverpool will advance.

The fact they’ve been in the two finals in the last couple of years and the experience they’ve got from it and the atmosphere at Anfield, they will feel unbeatable.

Atletico Madrid will be difficult, but I think Liverpool will beat them.

Meanwhile, it’s interesting to read the rumours about Takumi Minamino…

I thought he was excellent in both games against Liverpool. In the first game, he was the one player who dragged Salzburg back into the game, and he was really good on Tuesday, too.

If they’re talking about his buyout clause being £7.25 million, compared to the prices being paid in the Premier League, then it’s an absolute no brainer really to pay that money for that type of talent.

If he was £100 million then it would be a different conversation, but the fact that he’s that price, they think he’s got the attitude that Jurgen Klopp wants, then he could be an excellent addition to the Liverpool squad.

Over in Manchester, there’s rumours about Pep Guardiola having an exit clause in his contract, too…

Personally, I think he’ll stay. I’ve heard rumours that he might take another sabbatical and things like that because of the pressure and intensity of his job and whether his family are living in Manchester or they’ve gone back to Barcelona.

Last but not least, it’s the small matter of El Clasico on Wednesday evening.

The fixture is far more heated than any other derby or fixture I’ve ever played in. I don’t mean that in a disparaging way to the Merseyside derby, but it’s way more heated because people hate each other when they turn up for the Clasico.

In the Merseyside Derby, it’s incredibly powerful and heated and everybody dislikes each other for 90 minutes but in Merseyside families are divided down the middle whether you’re red or blue.

For those 90 minutes you’ll detest your brother or whatever but after the game you’ll start to take the mickey out of each other and people move on.

In the Clasico it’s a political thing, it’s a social thing and it still exists today where people really dislike each other. Catalonia want independence from Spain, the government is in Madrid, so there’s a genuine dislike for each other, so I think it adds a different dimension to the game.

I still think it’s the biggest game in club football, and I worry for my old team just because it’s at the Camp Nou to be honest, because I know what it’s like to play there.

I know how vociferous the atmosphere is there and whenever those teams faced each other, if you were at home you’d have such an advantage - so I’d say Barcelona have to be the favourites as the hosts.