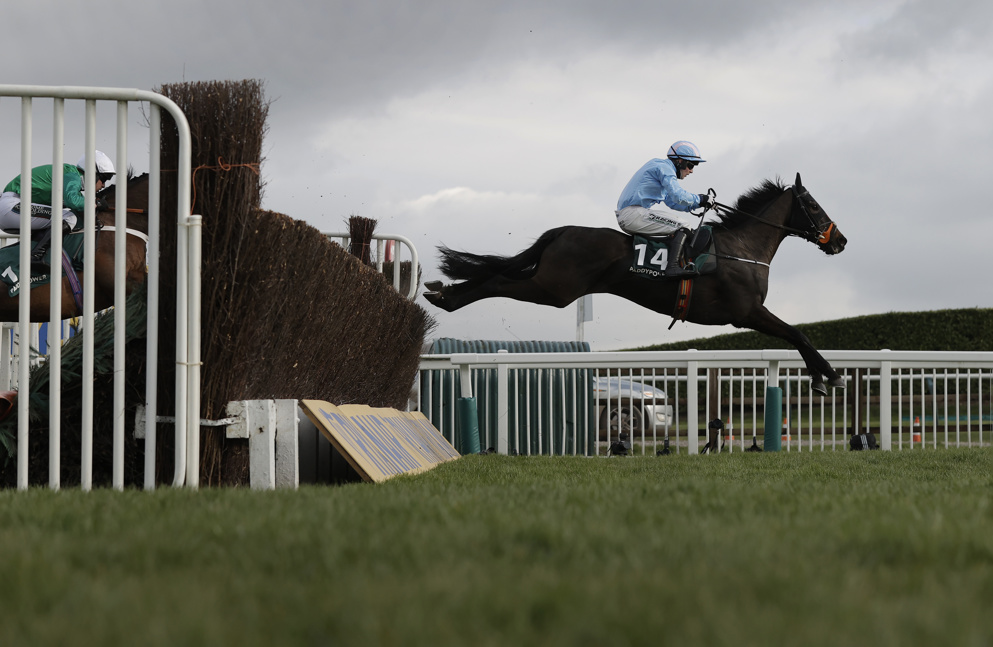 Why have just one day of high quality action when you can have two!? The Dublin Racing Festival at Leopardstown concludes on Sunday and Billy Grimshaw has scoured through the cards to find his three best bets on what is set to be a cracking afternoon's racing...

A somewhat disappointingly small field of just five line up here for the Grade One Dublin Chase over two miles. The presence of a peak form Chacun Pour Soi would no doubt have scared away even more opposition, however it would be a stretch to say the undoubtedly talented but definitely unpredictable Willie Mullins runner arrives here in A1 nick. At his brilliant best we know Chacun would stroll to victory from the front but it is becoming rarer and rarer that he appears at his optimum and so with his price being so skinny he can be taken on.

Willie Mullins is responsible for two of the five runners her, with his other contender being outsider of the field Cash Back. Along with Captain Guinness and Dunvegan, that completes the home team, but it is the British raider and Tingle Creek winner Greaneteen who appeals most at current prices. The last time he met Chacun Pour Soi at Sandown in the aforementioned Tingle Creek he was victorious over Christmas (although Chacun did have excuses) and despite being no match for Shishkin last time out, eventually losing by ten lengths, there was no shame in that performance. Paul Nicholls' improving seven year old looks like the type to enjoy the test Leopardstown has to offer and if Chacun Pour Soi has another of his regular off days then Greaneteen looks the most likely to capitalise.

This looked on first viewing a fiendishly difficult race to pick a winner, with many toward the top of the market having claims and even some at bigger prices making appeal. However, one runner that I simply couldn't stop coming back to was The Shunter for Emmet Mullins.

He earned legendary status with punters and racing fans alike with his quirky campaign last season, which saw him romp to victory in hurdle and chase races either side of the Irish Sea from a lowly mark before culminating in a glorious success in the Paddy Power Plate at the Cheltenham Festival. It was masterful training from Mullins but meant The Shunter would be forced into graded company next time out, and he ran with credit at Aintree in a Grade One behind Protektorat after a long hard season. He has not been seen since the end of July 2021 but there is no way his trainer would send him into battle here if not cherry ripe to go close and to me his past form means he has a favourite's chance here, so 8/1 seems a big price.

Of the rest, Blackbow and Birchdale were both once thought of as horses that could go to the very top of their respective spheres yet did not fulfil their potential. In these lesser races they are to be respected particularly if showing some of the spark of old, however I don't see why either should be ahead of the selection in the market, particularly with Blackbow carrying 3lbs more. Samcro is of course a dual Cheltenham Festival winner but has looked disinterested in racing for a while now, and Grand National hero Minella Times is surely using this as a springboard to other targets later in the season.

No prizes for originality with this selection, but the rivals of Sir Gerhard really do look to have it all to do to beat Willie Mullins' Champion Bumper hero.

Currently a single figure price for both the Supreme Novices' Hurdle and Ballymore Novices' Hurdle, and much shorter for both with firms that have started the non-runner money back concession early this year, SIr Gerhard has done very little wrong in his fledgling racing career to date and looks destined to take this Grade One prize en-route to a bold bid for one of the top novice hurdling prizes at the Cheltenham Festival. His jumping was slick and efficient on hurdling debut back at this same track in December and his constitution seems to be seriously mature for one so inexperienced. This should mean rider Paul Townend has the freedom to choose the tactics he employs aboard Sir Gerhard and his mount will carry out instructions with minimum fuss.

He should be odds-on in this field and although Three Stripe Life and My Mate Mozzie have shown promise they have it to prove if they are to be considered the equal or better of Sir Gerhard. It will be interesting to use Colonel Mustard as a yard stick to compare Sir Gerhard with Jonbon, as Nicky Henderson's Supreme contender defeated Colonel Mustard in facile fashion by 2 and 3/4 lengths at Ascot last time out. If Sir Gerhard can beat that consistent rival by further here that could be a Cheltenham clue in this important trial.