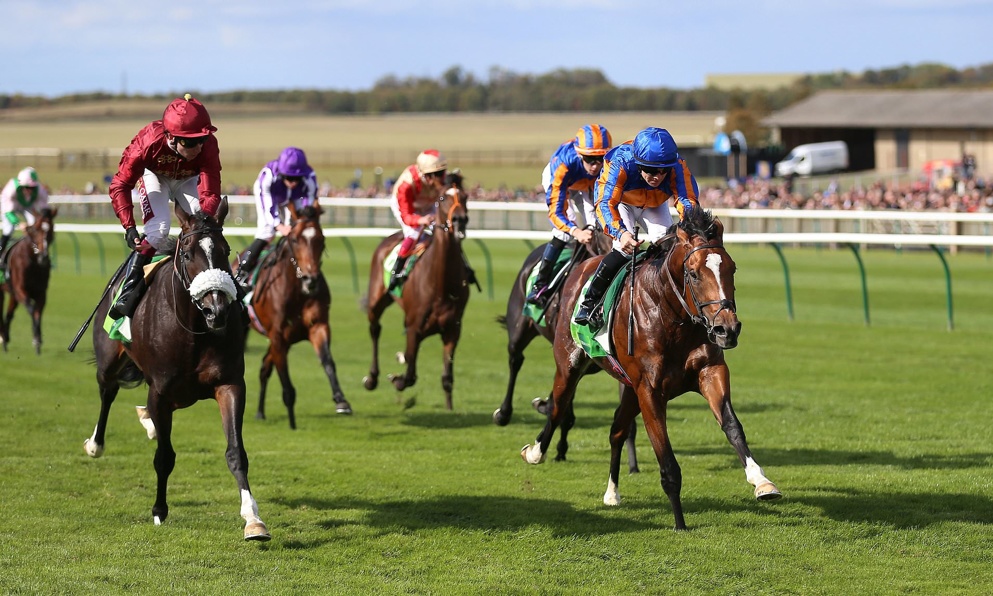 Nick Seddon profiles the 2000 Guineas winner Kameko, who is a leading fancy for next week's Sussex Stakes at Glorious Goodwood...

A $90,000 son of Kitten's Joy, Kameko made an immediate impact on the racecourse when making a winning debut over seven furlongs at Sandown last July, defeating a host of two-year-olds from valuable yards in the process. He was stepped up straight into Group 3 company over the same course and distance in the Solario Stakes the following month, and while he ultimately lost his unbeaten record, he acquitted himself particularly well, only narrowly being denied by a more experienced rival in Positive.

Kameko was stepped into Group 2 company on his next start, contesting the Royal Lodge Stakes at Newmarket, and while he was narrowly beaten once again - this time by the Aidan O'Brien-trained Royal Dornoch, he still gave a very good account  of himself. Indeed, he put that experience to particularly good use on his next start, winning the rearranged Group 1 Futurity Trophy at Newcastle in really taking style.

It was Newmarket next for Kameko, and although all of the spotlight was on Pinatubo coming into the race, he was an excellent winner of the 2000 Guineas, forging clear despite hanging right after overcoming some traffic problems two furlongs out. That form has looked solid since, with the second and third (Wichita and Pinatubo) going on to place in the St James's Palace Stakes at Royal Ascot.

Kameko could only finish fourth when stepped up into a mile and a half in the Epsom Derby at the beginning of the month, though it's likely that the trip stretched him that day, and he brings some of the strongest form to the table here now dropped back to a mile - and he will arrive with very strong claims indeed.

Favourable terms: Three-year-olds receive a considerable weight advantage, and like his big rival Siskin, Kameko will receive 8 lb from his older rivals, which include the likes of the Queen Anne Stakes winner Circus Maximus and recent Group 2 scorer Mohaather. Last year's Sussex Stakes winner Too Darn Hot was a member of the classic generation, and connections will be hoping that history can repeat itself.

Strong form: The form of Kameko's success in the 2000 Guineas looked above average, and it is some of the strongest on offer in this race. He accounted for two very smart colts in Wichita and Pinatubo at Newmarket, and while Siskin could well need to improve again here, Kameko has proven form in the book. Facing older rivals will ask something new, but he will take his chance with a favourable weight allowance.

Jockey: Champion Jockey Oisin Murphy is the retained rider for Qatar Racing, partnering Kameko in each of his six starts to date, and the fact that he will take the ride next Wednesday at Goodwood is an obvious positive.

Tactics: Like Siskin, Kameko had to overcome some interference to seal his classic win, and the presence of more experienced rivals will ask something new of him tactically. Concerns over his stamina meant he was rather caught out at Epsom by the front-running Serpentine, and it will be interesting to see whether Aidan O'Brien opts to pour it on from the front with Circus Maximus - or one of his other runners.

Trip: Kameko's connections have stated that they feel that Kameko will be at his best over a mile and a quarter, and while he brings some very smart form to the table over a mile, he may be vulnerable in a frenetically-run affair.

How will Kameko fare in the 2020 Sussex Stakes?

It's been made pretty clear by connections that next month's International Stakes at York is Kameko's number one target this summer, so his inclusion in this race is fascinating. There's a genuine sporting desire from Sheikh Fahad to find out whether his Guineas winner is better than the Irish Guineas winner, and on the bare form, the suspicion is that he will come out on top. He looks a top-class colt in the making when given the opportunity to show it, and provided he can bounce back from his run in the Epsom Derby - when his stamina was stretched a bit too much - he's fancied to show his class in much more favourable conditions.

Verdict: The one to beat