The three main threats to Battaash in the Nunthorpe Stakes 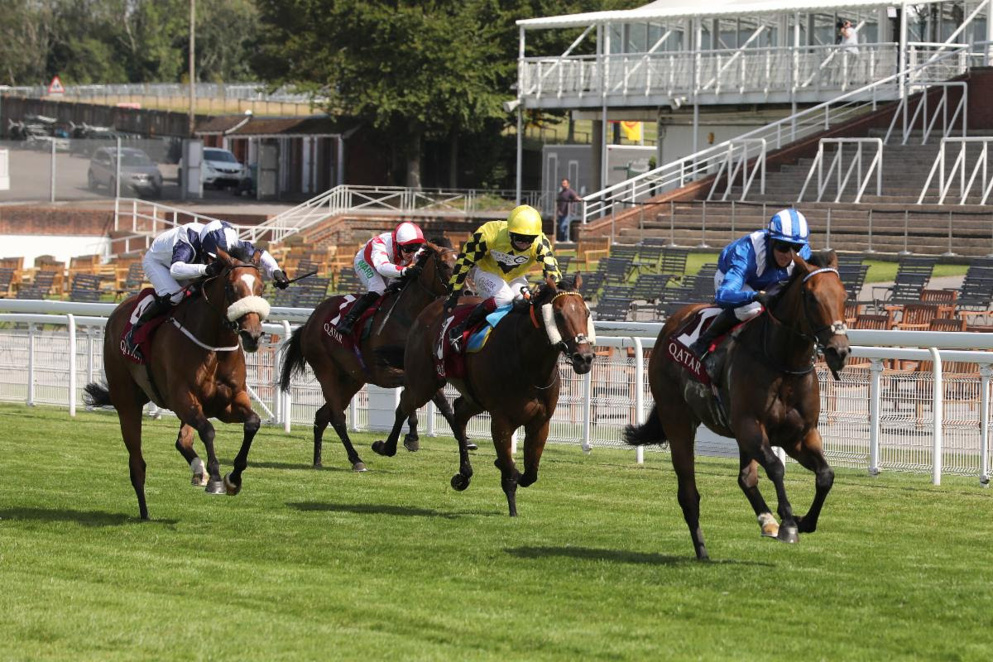 Star sprinter Battaash is a red-hot odds-on favourite for the Group 1 Nunthorpe Stakes at York next Friday, but is he a sure thing? We've picked out some factors that could prove to be a threat to the Charles Hills-trained speedball...

Undoubtedly, the six-year-old speedster is the finest sprinter in training on British shores, as he showed when trouncing his rivals in the King's Stand Stakes at Royal Ascot and in the King George Stakes at Glorious Goodwood, but he has shown frailties in the past, and while they have been more infrequent in recent times, he still is vulnerable on occasions.

An odds-on favourite for the Prix de l'Abbaye at Longchamp at the end of last season, Battaash fluffed his lines and could only finish 14th of 16, and while he has bagged two wins out of two this season, there's still that nagging doubt about his consistency, so with that in mind, we've picked out the main threats to the Sheikh Hamdam Al Maktoum-owned raider in a fascinating renewal to the Nunthorpe - which is one of the feature events of the York Ebor Festival on the Knavesmire.

Not since 2011 (Margot Did) has a three-year-old been victorious in the Nunthorpe Stakes, but in Art Power there's a real contender for the 2020 renewal. Tim Easterby's sprinter has been hugely progressive this season and having come through the handicap ranks, and having made the breakthrough at Group level last time out, he could be the biggest danger to Battaash.

Installed as the second favourite at the time of writing, Art Power showed his credentials when easing to a five-length success in a novice contest at Newcastle at the start of June. A facile winner of a competitive-looking handicap sprint at Royal Ascot a fortnight later was then followed up with a two and a half length win of a Group 3 sprint at Naas at the start of July.

Now, it's a gargantuan step up from Group 3 company to be taking on a sprinter like Battaash, but Art Power has been dealing with tougher assignments with aplomb over the last few months, and with winning form at York already on his CV, it shows that the Dark Angel colt won't have any worries delivering a high level of performance on the Knavesmire. A winner over five and six furlongs shows that he has speed and a hint of stamina in abundance, and while it remains to be seen whether he can maintain the gallop to keep up with Battaash throughout the contest, he is worthy of his place in the line-up.

You have to go back to 2007 to find a two-year-old winner of the Nunthorpe, but the Wesley Ward-trained Golden Pal will look to emulate the legendary Kingsgate Native, who blitzed his rivals in the 2007 contest. Looking to exploit a monstrous 24 lb weight advantage over Battaash, Golden Pal heads to York on the back of a narrow defeat to The Lir Jet in the Norfolk Stakes at Royal Ascot.

It's not the first time that Ward has saddled a two-year-old in the Nunthorpe, as back in 2015 the American trainer saddled the 13/8 favourite Acapulco, but the youngster was no match for Mecca's Angel that day and had to settle for the silver medal. Now looking to go one better with Golden Pal, Ward will hope that his young gun can improve for that Norfolk outing.

It's a huge ask for the two-year-old to try and dethrone the reigning Nunthorpe hero Battaash, who holds a lot more experience and Group successes than his younger adversary, but with Golden Pal set to carry such a featherweight it levels the playing field somewhat, and Ward would not been sending him to the Ebor Festival if he didn't think Golden Pal was open to the improvement needed to land victory. Setting a fierce pace in the Norfolk, Golden Pal was unable to hang on, but Ward is unlikely to change his tactics and will let his star lead his rivals from the outset, and will just be hoping that he can cling on from the lurking Battaash, who is sure to be challenging late on.

If an on-song Battaash turns up then it's hard to see anything finishing in the next parish to the superstar sprinter, but for all his brilliance there's still a nagging doubt about Battaash's temperament on the big stage. He has appeared to have mellowed during the preliminaries in recent times, but there's still that cloud hanging over him from his younger days, where he would get a little fractious around the paddock and on the way to the start. Being gelded a few seasons back helped with him keeping his mind on the job, but trips to Yorkshire have posed their own problems.

While he always seems to have a penalty kick at in the King George at Goodwood - winning all four of his starts at the Sussex venue - he is a different proposition when lining up at York. Sent off an 11/4 shot for the 2017 Nunthorpe, Battaash could only finish fourth of 11 runners, while he returned a year later and was a red-hot odds-on favourite, but yet again fluffed his lines, again finishing fourth.

However, 2019 was the year it all clicked into place, as having been sent off a 7/4 second favourite behind Ten Sovereigns, he produced a blisteringly dominant display to win by nearly four lengths, blowing apart Dayjur's track record in the process. A repeat of that sumptuous effort will see him conquer his York hoodoo once again, but bearing in mind that he's struggled on two of his three tips to York, it's worth remembering that this is a track that has the potential to prove to be his downfall.

Here's a look back at Battaash's brilliant performance in the Coolmore Nunthorpe at @yorkracecourse in 2019! 🏇🦇