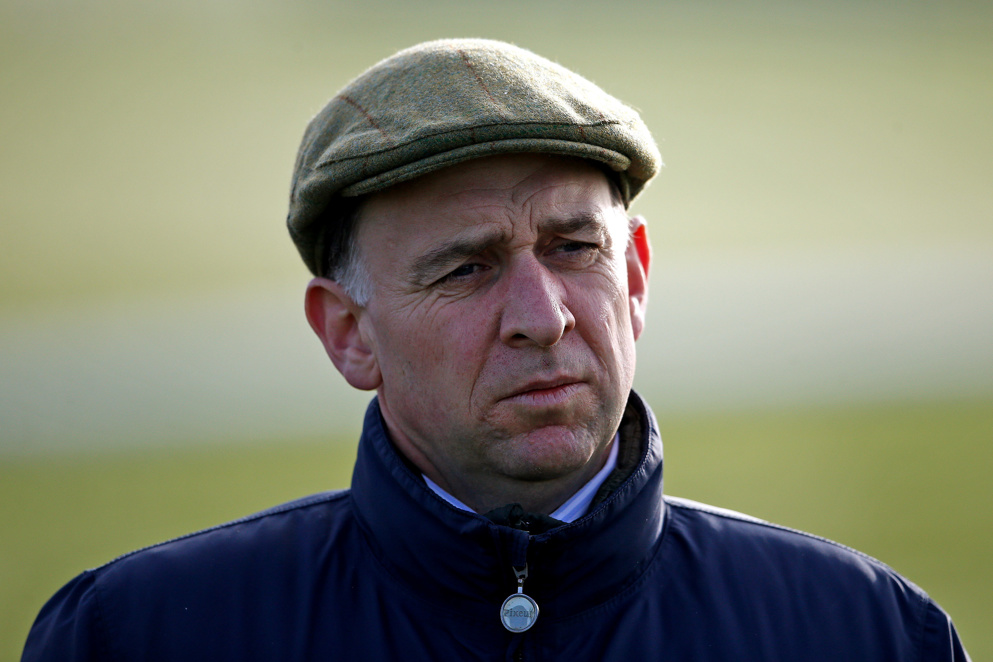 The 2020 Cheltenham Festival is now just days away which means the focus among fans of the jumps game is beginning to come into sharper focus. Sean Raymond took a closer look at some alternative choices for the top jockey at the meeting last week and today is the turn of the trainers...

Aficionados of the sport will know all about the names on this page but with the Cheltenham Festival bringing in a wider audience, it is time to put the spotlight on one or two trainers who perhaps are less well known outside of the National Hunt sphere.

The Cheltenham Top Trainer market is of course dominated by the likes of Nicky Henderson, Willie Mullins and Gordon Elliott, among others, but here are three men who might just be able to sneak their way into the frame next week at big prices…

The intimidating spectre of Mullins and Elliott has loomed large over the Irish jumps racing game over the past decade and that has meant it has been tough for any other trainer to get a look in at the highest level.

Henry De Bromhead has been one man, though, who has proven time and time again that he is more than capable of mixing it with the big boys with the Knockeen handler once again heading to the Festival with several strong chances.

The popular trainer is of course no secret in the sport, but he remains slightly under the radar to the casual punter in the UK who only tends to dip their toes in the racing waters during Cheltenham. De Bromhead will head across the Irish Sea next week with a plethora of live contenders and hoping to add to his already impressive tally of Cheltenham Festival winners, which includes the likes of Sizing Europe and Special Tiara, who both won the Queen Mother Champion Chase.

This year’s team looks stronger than ever with Honeysuckle the headline name in the Mares’ Hurdle after a terrific campaign saw her jump to the forefront of the sport. A Champion Hurdle tilt has been shelved for the winner of the Hatton’s Grace Hurdle which means she will stay against her own sex on day one of the meeting.

Other potential contenders for the team include Notebook, who has leading claims in the Arkle on Tuesday and Minella Indo, who will be looking for a second win at Prestbury Park as he starts as one of the key threats in the RSA Chase.

A proper Grade One!! Notebook is all-out to deny Cash Back to land the ERSG Arkle Novice Chase in a thriller! What a season for @rachaelblackmor & @HenrydeBromhead

It feels odd to talk about a great trainer like Philip Hobbs as someone who perhaps isn’t a name on the tip of the tongues of punters heading into a meeting like Cheltenham.

The experienced handler has just about seen it and done it all, but the last few years has been tough for one of the nicest guys in the game. Hobbs has struggled to compete with the big boys on both sides of the Irish Sea, but the last 12 months has seen the Minehead handler go through something of a renaissance which means hopes are likely to be high of a strong Festival.

Those of us who have studied the sport over the last 20 or so years will have great memories involving the Hobbs team with horses like Rooster Booster, Flagship Uberalles and Detroit City just three special animals that come to mind.

The 2020 Hobbs string on route to Prestbury Park is led by the brilliant Defi Du Seuil, who heads to the Queen Mother Champion Chase on Wednesday for a mouth-watering clash with Altior and Chacun Pour Soi. The JP McManus-owned star has already won the Tingle Creek and the Clarence House this term and few would be surprised if added a third Festival win to his already bulging CV.

The former Triumph Hurdle winner is far from the only contender from Sandhill this season though with crack novice hurdlers Thyme Hill (Albert Bartlett Novices' Hurdle) and Sporting John (Ballymore Novices' Hurdle) both likely to feature towards the head of the betting in their respective races. Throw in one or two handicap contenders and a host of each-way chances and you have the makings of a terrific week for a trainer who has proven throughout his career that he is one of the best in the business.

When Joseph O’Brien announced he was retiring from the saddle to become a trainer a few years ago it was only a matter of time before he made a success of his new career.

The son of the great Aidan O’Brien had a remarkable spell in the irons and so far he is proving to be equally successful in the training ranks. There is no doubt that he has been well supported by some powerful owners under both codes, but he has already proven he is more than capable of producing the goods on the big day by getting one ready.

The O’Brien name is perhaps one of the most well known in the world of equine sport but younger punters heading to Cheltenham for the first or second time may not anticipate just how strong Joseph’s Festival team is in 2020.

The Derby-winning jockey looks to be heading to Gloucestershire with a host of entries to his name across the majority of the key races which means there is every chance he can once again star during the four most important days on the calendar.

Fakir D’Oudairies looks like the key threat for Team JOB with a crack against the aforementioned Notebook in the Arkle on Tuesday likely to be a fantastic spectacle.

Other O’Brien contenders next week include Sempo, who has several options including the Coral Cup and Cerberus, who looks like a potential challenger in the Boodles after some impressive showings during his juvenile campaign.

Finally, Front View is one to keep an eye on with the young JP McManus-owned animal fancied to run a big race in one of the handicaps in Gloucestershire next week.