Today's Goodwood Tips: Battleground will have too much fight 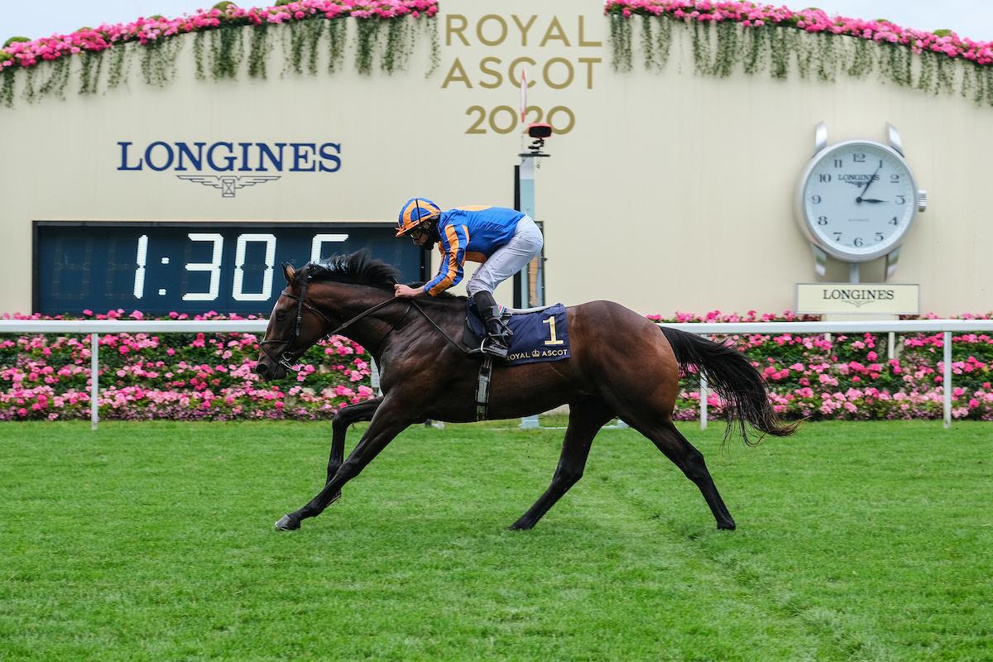 Today's Goodwood tips: Battleground is aiming to follow up his win at Royal Ascot last month.

Nick Seddon runs through the card on the first day of Glorious Goodwood, which is headlined by the Group 1 Goodwood Cup...

A difficult opener, in which a solid case can be made for plenty of the 12-strong field. Wasaayef looked upwardly-mobile in her three starts as a juvenile last term and is respected off an attractive-looking opening mark, while Tomorrow's Dream is another who could be well-treated under a 3 lb rise after hitting the post at Newbury last time out.

However, this can go the way of Angel Power, who makes plenty of appeal on paper. She looked a nice prospect when winning a Chelmsford maiden in June, and took a step forward from that when second on handicap bow at Haydock towards the end of that month. The fourth and the fifth-placed horses have boosted that form by winning since, and she could well strike here under a 5 lb rise.

A completely wide-open 18-runner handicap over a mile and a quarter, in which a case can be made for a whole host of the field. Several are potentially lurking on good marks, including Cape Cavalli, who won with something in hand at York last time and could have been generously treated by a 8 lb rise. Derevo arrives here with an upward profile but must contend with an unfavourable draw in the outside stall, while the lightly-raced Yuri Gagarin could be open to plenty of improvement on just his fourth start.

Bell Rock ran well to finish sixth in last month's Royal Hunt Cup and will likely hold his own again here, though it could be worth siding with Maydanny. He was seventh in the Silver Royal Hunt Cup at the Royal meeting, doing well to finish as close as he did on the unfavourable side. He was disappointing at the July meeting at Newmarket last time out, but he's not likely to let that dwell for a yard who keep their runners busy, and he appeals as being well treated off the same mark here.

It's difficult to look past Battleground, who looked a smart juvenile when running out a decisive winner of last month's Chesham Stakes. The Vintage Stakes has thrown up some excellent winners in recent years, including Pinatubo and Expert Eye, and it would be disappointing if there isn't more to come from this son of Found yet on just his third career outing.

All eyes will be on Sir Dancealot as he bids to seal a third straight win in this Group 2 contest, and he'll arrive here fit after a tune-up run over six furlongs in the July Cup earlier this month. This trip requires something of a specialist, and both Space Blues and Safe Voyage will be popular after wins over seven furlongs last time out, but this feels wide-open, and it could be worth siding with one each-way at a big price.

D'bai wouldn't be out of things if building on his win at Haydock last time out, but Marie's Diamond could prove over-priced at 18/1. Admittedly, he was disappointing in the Summer Mile last time out, but he was in good form prior to that, finishing third in the Queen Anne Stakes in June. He's the main pace angle in this race, and at what's a particularly quick seven furlongs, he may prove tough to peg back from a good draw in stall two - with Johnston runners more than capable of quickly bouncing back to form.

This once again revolves around Stradivarius, who is bidding to win the race for a record fourth time. He was at his brilliant best when demolishing the field in last month's Ascot Gold Cup, and although the re-opposing Nayef Road is entitled to get closer this time around now dropped back to two miles, Stradivarius should have his measure.

However, he makes no appeal as a betting proposition at 2/1-on, particularly when you note that he has to concede a whopping 15 lb to the Irish Derby winner Santiago. The shoe is rather on the other foot here for Stradivarius, who made the most of similar terms when defeating Big Orange in this in 2017, and bearing in mind that Santiago has shown a good mix of speed and stamina in his last two outings - toughing things out gamely at the Curragh last time - he's a sporting selection to put it up to the odds-on favourite.

This is likely to be a lightning fast affair provided the rain doesn't settle in to the ground overnight, and those with a low draw have a significant advantage. The 11-year-old Caspian Prince showed he still has fire in his belly when winning at Newcastle last month, though he'd need more off 4 lb higher here having struggled in Group 3 company last time, while Final Venture is slipping to a dangerous mark. The progressive Celsius is another who could be handily treated and is respected, as is Acclaim The Nation, who's holding his form well. However, it could be worth taking a chance on Ornate each-way at a much bigger price.

Admittedly, he's more miss than hit, and hasn't won for over a year now, but he's 2 lb lower than his last winning mark, and he will be prominent under his trademark aggressive tactics. Indeed, when Ornate gets it right, he gets it very right, and bearing in mind that he's placed in Group 2 company here last year - and showed electric speed in the Stewards' Cup a day later, he could be worth chancing to steal a mark on a lightning quick five furlongs - from a good draw in stall four.

This looks a good opportunity for Alkumait to get off the mark at the second attempt. He makes plenty of appeal on paper as a half-brother to several winners, and showed plenty to work on when fourth on debut over this trip at Newbury a fortnight ago. He sets a pretty solid standard on the back of that, and can take this at the expense of the more-experienced Majd Al Arab, who doesn't look quite as open to improvement as his main market rival.

A tricky-looking finale, though it's difficult to ignore Dancing Approach. She arrives here in fine heart after back-to-back wins over this trip at Haydock, which has seen her jump up 14 lb in the handicap as a result. This will be tougher as a consequence, but she looked to be a good way ahead of her mark when scooting clear for her latest win, and this three-year-old may not be finished improving just yet. Tulip Fields and Asiaaf rate as the biggest dangers to the selection.