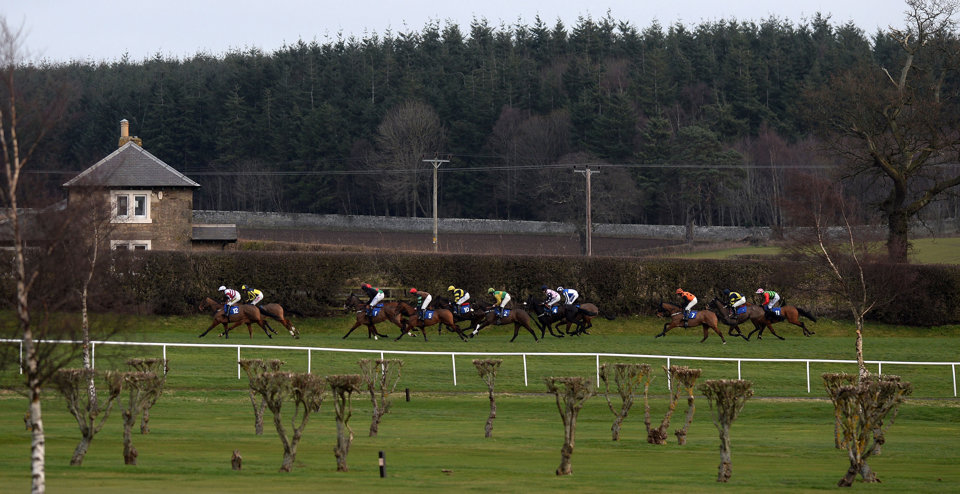 The well fancied Pogue put in an uncharacteristically poor performance at Doncaster yesterday. Everything seemed to be in his favour and he was supported in the market. However, he never travelled with any fluency and was subsequently found to have finished lame and lost a shoe.

There are four bets for today’s racing across the cards at Newbury, Kelso and Doncaster. As you’ll see, I am hoping that it is a good day for Paul Nicholls.

The fact that GRAND SANCY (1 point win bet at 11/2) made his chasing debut in Grade 1 company shows the regard he is held in by connections. He finished third that day and lined up in Grade 2 and Grade 1 contests for his next two starts. His record over fences now stands at two wins from six starts and he drops into handicap company for the first time today. Given that he was a Grade 2 winner over hurdles and was placed in a Grade 1, his opening mark of 149 looks fair and is 3lbs below his rating over the smaller obstacles. He has to bounce back from an odds-on defeat at Wincanton last time out but has been freshened up since that run. His record when returning from a break of 100 days or more is two wins from three attempts, and he will also be suited by the good ground and left-handed layout of the track at Newbury. The excellent Bryony Frost gets on board for the first time, and trainer Paul Nicholls has an excellent record in this race.

Paul Nicholls has a 27% strike rate (6-22) with his runners at Kelso in the last five years and sends FLASH COLLONGES (1 point win bet at 4/1) on the long journey north today. Considered an exciting chasing prospect by connections, it bodes well that he has won two of his four starts over hurdles, and he steps into handicap company as a completely unexposed horse. Having shown plenty of signs of greenness in his races so far, he is only going to improve with experience, and this race won’t be as strong as the Grade 2 he was set to contest at Doncaster at the end of January (non-runner). He looks to be a strong stayer over this sort of trip and is reunited with jockey Harry Cobden today. Mega Yeats, who should have benefitted from a recent spin on the flat, is next best.

TWO FOR GOLD (NAP – 1 point win bet at 5/2) gained a deserved victory at Warwick last time out and can follow up in this small field today. Although he appeared to be suited by the drop back to 2m4f at Warwick, he has long been considered a 3m+ chaser and is a Grade 2 winner over that trip. He also won a novice chase over this course and distance – his only previous visit here – so his ability over this trip shouldn’t be in question. Aso is weighted to reverse the Warwick form today, but he is without a win in over two years and is much older than the selection. At just eight years old, Kim Bailey’s progressive chaser remains open to further improvement and can land this race before running in his main target at Aintree next month.  Cloth Cap, the Ladbrokes Trophy winner, is a fascinating contender and should also run well despite having plenty to find at the weights.

My final selection of the day is another Paul Nicholls-trained horse. GETAWAY TRUMP (1 point win bet at 4/1) has contested some good quality races in his career so far and was second to Champ in a Grade 1 novice hurdle back in 2018. Since going chasing, he has won two and been placed in one of his eight races. Second at Musselburgh on his return from a break last time out, the key to his chance today is the drop back to two miles and return to better ground. Lorcan Williams keeps the ride and claims a handy 3lbs. Zoffee, representing the powerful Hobbs/Johnson team, is the biggest danger.