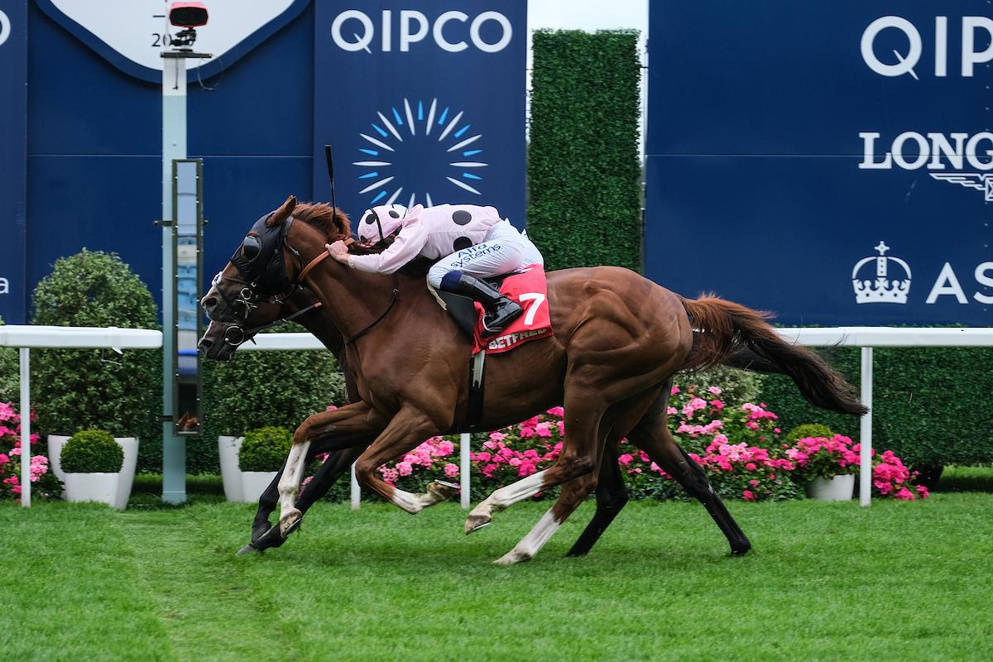 Wise Eagle (advised at 9/4) made it three consecutive winning NAPs when scoring at Musselburgh yesterday. It has been a fine season for the four-year-old and he still looks open to more improvement.

There are four bets for today’s racing at Ascot.

TONE THE BARRONE (1 point win bet at 10/1) has won five of his eight starts on the All Weather, but he also has a 31% strike rate on turf (4-13). Two of those four wins have come in good style over today’s course and distance so he clearly likes it at Ascot. Stuart Williams has freshened up his five-year-old sprinter, and Hayley Turner, who is 1-1 aboard the horse, gets back on board.

I’m also taking a chance on FIRST EDITION (0.5 point win bet at 25/1), who will need one to come out of the race in order to get a run. Clive Cox’s youngster wasn’t beaten by far in last season’s Group 2 Mill Reef Stakes and has made three of his last four starts in a higher grade. He has been gelded since his last run and will wear cheekpieces for the first time.

This looks a really good opportunity for UBER COOL (1 point win bet at 5/2) to build on his impressive Chester win back in May and record an eighth career success. His latest start came following a mammoth 959-day absence but confirmed that he retained all the ability he had shown back in 2018. He rose through the handicap ranks that year and is a smart stayer. Having James Doyle aboard today is a big positive and he will be tough to beat.

This twelve-furlong handicap can go to SKYCUTTER (NAP – 1 point win bet at 15/2), who will be making his third start since being recruited from France. His first two efforts have seen him go very close at Ripon and Newbury (beaten a neck both times) and ground conditions are very much in his favour here.

After ending 2020 with a comfortable win over ten furlongs, he finished second on his seasonal reappearance (first and third have won since) and then ran well in a Listed race at Chantilly back in May. His momentum got checked when going for a run up the rails that day but he kept on under a hands and heels ride to finish within four lengths of a horse that went on to be fourth in the Group 1 Prix Du Jockey Club next time. The horse in second has also run well since, finishing a close second in Listed company, so the form looks strong.

#AD New bettors only; Valid from 14/07/2022 09:00 GMT to 14/08/2022 23:59 GMT; Deposit (no Skrill/Neteller) and place your FIRST bet on any UK/IRE horse racing market at odds of 4/5 on singles or 2/5 per leg for acca; If your bet loses, get your stake back as a free bet of up to £20; Free bet valid for 7 days; Bet types restrictions; Terms apply; 18+ begambleaware.org
get offer
Bet £10 Get £30 In Free Bets
#AD 18+. Play Safe. New customers using Promo code H30 only, Min £10/€10 stake,  min odds 1/2, free bets paid as 2 x £15/€15, free bets credited after  settlement of first qualifying bet, free bets will expire 30 days after  the qualifying bet is placed, payment method/player/country restrictions apply.
Bet £10 Get £30 Free Bets (APP Only)
#AD New UK, IE & Malta customers only. 18+. Min £10/€10 first deposit using Debit Card or Trustly. Place a bet of £10 at min odds of 1.5. Free bets expire in 90 days. Full T&Cs apply.
Welcome Offer
#AD Bet £10 & Get £50 in Free Bets for new customers at bet365. Min deposit requirement. Free Bets are paid as Bet Credits and are available for use upon settlement of bets to value of qualifying deposit. Min odds, bet and payment method exclusions apply. Returns exclude Bet Credits stake. Time limits and T&Cs apply.
Bet £10 Get £60 in Bonuses
#AD New UK customers only. Register using the promo code BETFRED60, deposit and place first bet of £10+ on Sports (cumulative Evens+) within 7 days of registration. First bet must be on Sports. £20 in Free Bets to be used on Sports, £10 in Free Bets to be used on Lotto and 50 Free Spins (20p per spin) credited within 48 hours of bet settlement. Further £20 in Free Bets credited 5 days after settlement. Bonuses have a 7-day expiry. Payment restrictions apply. SMS verification and/or Proof of I.D and address may be required. Full T&Cs apply.
Bet £20 & Get It Back As CASH If It Loses
#AD New customers only. Place your FIRST bet on any Horse Racing market and if it loses we will refund your stake in CASH. Max refund for this offer is £20. Only deposits made using cards will qualify for this promotion. T&Cs apply.
Money Back As Cash Up To £20
#AD Max £20 refund on first bet. Bet must be placed in first 7 days of account opening. Only deposits made via Debit Card will be eligible for the promotion. T&Cs apply. 18+ begambleaware.org
Bet £10 Get £30 Free Bets + £10 Casino Bonus
#AD Minimum deposit of £10 using deposit code 30F - A qualifying bet is a ‘real money’ stake of at least £10 placed on any sports market - Minimum odds of 1/2 (1.5) - Free bets credited upon qualifying bet settlement and expire after 7 days - Free bet stakes not included in returns - Casino Bonus must be claimed within 7 days • To withdraw bonus/related wins, wager bonus amount x40 within 14 days • Wagering req. vary by game • Withdrawal restrictions and Full T&C’s apply. 18+ begambleaware.org
£41 In Bonuses
#AD Place a £25 fixed odds bet at minimum odds of 1/2. Get 5 x £5 free fixed odds bets + 2 x £5 free Winning Favs spread bets + 50 spins on Starburst + a £1 Race Index spread bet. Free bets and spins must be claimed within 28 days of opening. Free bet/spin stake not included in any winnings. Ts&Cs Apply. 18+ begambleaware.org
Bet £10 Get £20 In Free Bets
#AD Min stake £10. Min odds 1/2 (1.5). First bet only. Free bets expire in 7 days. Cashed out bets won’t apply. Payment method restrictions. Online UK customers only. 30 days to qualify for £20 in Free Bets. 18+. T&Cs apply
£25 Free Bet + 10 Free Spins
If your account has Sportsbook losses at the end of your first day's betting, QuinnBet will refund 50% of your losses as a Free Bet up to £25 (min 3 bets) Plus 10 Free Spins on Asgard Warriors. Even if your account is up, you're guaranteed a £5 Free Bet Plus 10 Free Spins provided you place at least 1 bet of £10 or greater at the minimum odds. T&Cs apply | 18+ New UK Customers Only | BeGambleAware.org
Latest racing results
Kempton
17:40
Full Result
1stBehind The Scenes
22/1
2ndQuantum Light
11/4
3rdCell Sa Beela
9/4F
Ffos Las
17:30
Full Result
1stDisdainful
5/1
2ndCaernarfon
9/1
3rdSaxon Scene
6/4F
Gowran Park
17:20
Full Result
1stParis Peacock
7/1
2ndDidn'thavemuchtodo
9/2
3rdShow Of Stars
9/1
View All Today's Results