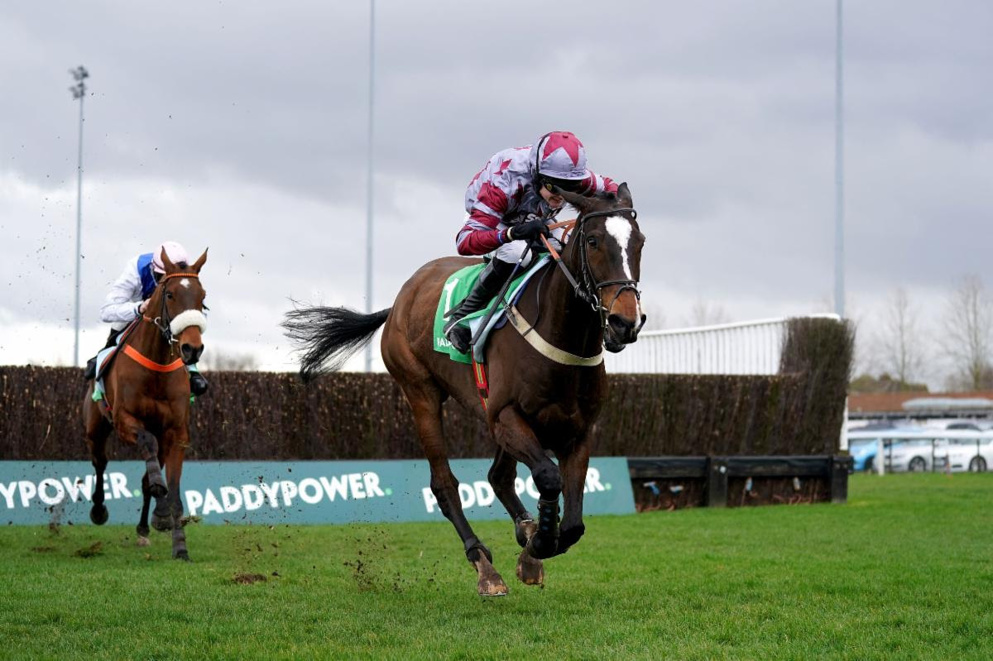 I really fancied yesterday’s selection but unfortunately, he was pulled out of the race before my article went live. The horse was Daafy and I’ll be keeping a close eye on his entries over the next few weeks. If connections find another race for him at Southwell over 7f-1m then I’ll be betting!

There is an excellent day of racing ahead and luckily both Kempton and Chepstow have passed morning inspections.

SMARTY WILD (1 point win bet at 10/3) made a pleasing chase debut/seasonal reappearance at Ascot in October, running on to finish third of the eight runners. He then found things happening too quickly when dropped to 1m7f at Wetherby next time out. That appeared to put his jumping under pressure and he was outpaced throughout. He clearly appreciated the step back up in trip and return to a more testing surface at Ascot three weeks ago and again ran on to finish third. This extra furlong-and-a-half today should suit and he is fancied to grab a first win over fences. Richard Johnson’s mount is considered to be a three-mile chaser in the making, and this could be another good stepping-stone towards that aim.

I am a big fan of Kim Bailey-trained staying chasers and one of his that has caught my eye on several occasions is TWO FOR GOLD (NAP – 1 point win bet at 7/2). The Grand National has been talked about as the ultimate aim for this progressive eight-year-old, who has won three of his six starts since switching to the larger obstacles. His last win came in Grade 2 company a year ago and he ended the season with a second-place finish at Ascot. Having made a respectable seasonal reappearance at Wetherby, he was pitched straight into the Ladbrokes Trophy for his next start. Unfortunately, he was pulled up in that race but now drops back down in class. He will be suited by underfoot conditions today and should make a bold bid from the front under the excellent David Bass.

Winner of his only Point To Point, GLYNN (1 point win bet at 7/1) was ultra-impressive on his hurdling debut at Doncaster last January. After travelling smoothly, he pulled well clear of his ten rivals – three of whom have gone on to win since. He went back to Doncaster for his next race and was sent off as the 11/10 favourite. Unfortunately, he could only finish third (later promoted to second) but given that it was his seasonal reappearance and first run after a wind operation, there is plenty of optimism that he will be much sharper today. He is a representative of top trainer Nicky Henderson and stable jockey Nico de Boinville gets on board for the first time.

At a bigger price, I also like the chances of CASTLE ROBIN (0.5 point win bet at 18/1), who is yet to finish out of the first three places in his five starts over hurdles to date. His two wins have come at Carlisle and Cheltenham and he should relish today’s conditions.

Place your FIRST bet on any Sportsbook market and if it loses we will refund your stake in CASH. Max refund for this offer is £10. Only deposits made using Cards or Paypal will qualify for this promotion. T&Cs apply. Paddy's Rewards Club: Get a £10 free bet when you place 5x bets of £10+. T&Cs apply. 18+ begambleaware.org

The extreme test posed by a heavy ground Welsh National should really suit the unexposed chaser SPRINGFIELD FOX (1 point win bet at 8/1). Tom George’s runner won a novice chase here last year and followed up with an authoritative 17-length victory at Exeter next time out. He was unseated when sent off as short as 7/1 in the betting for the National Hunt Chase at the Cheltenham Festival and should be absolutely spot on for today’s race after a spin over hurdles last month. This is an exciting staying chaser who looks set to encounter his optimum conditions.

Dominateur has also caught my eye but he doesn’t quite qualify for a bet.