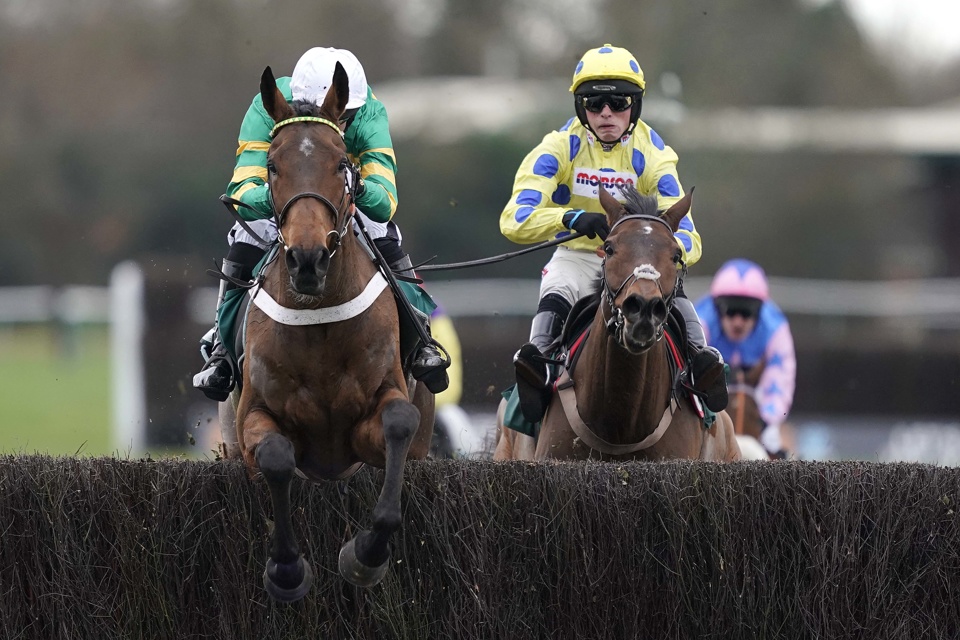 Born To Be Alive (advised at 7/1) followed up Friday’s 7/2 winning tip when scoring in good style at Wolverhampton yesterday. Karl Burke’s lightly-raced seven-year-old has returned from a mammoth absence in fine form and will go to the Lincoln at Doncaster with a decent chance.

There are two bets for today’s racing at Naas and Warwick. Hopefully, I can land another winner (or two) to add to the Cheltenham Festival kitty.

The ex-Joseph O’Brien-trained Bumper winner CASTLE OLIVER (1 point win bet at 16/1) lines up for another crack at the Leinster National having been a disappointing beaten favourite in the race last year. He was sent off as short as 11/4 that day after winning three consecutive handicaps in the run up to the race.

As a big horse, he’s likely to have been in need of his seasonal reappearance when pulled up at Punchestown last month. Although he is yet to prove himself over this trip, it has long been considered his optimum given how strong he has been at the finish over shorter distances. Today’s ground conditions should be ideal and he will run off just 10-3 here – a whopping 21lbs lower than the top-weight Class Conti.

Previous course form at Warwick is important given that the fences come so close together, and a horse that can get into a nice rhythm over the five obstacles in the back straight will give itself every chance. VOLCANO (NAP – 1 point win bet at 4/1) is unbeaten in two visits to Warwick with his latest success coming by a commanding 13-lengths last month. That came over an extended 3m1f and built on his victory over three miles here in December.

Today’s step up in trip is an unknown but he has certainly shaped as though it could bring about further improvement. He has made a consistent start to life over fences with three wins from his seven starts and all his career wins have come on good to soft / soft ground. He can be forgiven his defeat off this raised handicap mark at Ludlow last time out (lost a cheekpiece) and can bounce back to form with conditions in his favour.