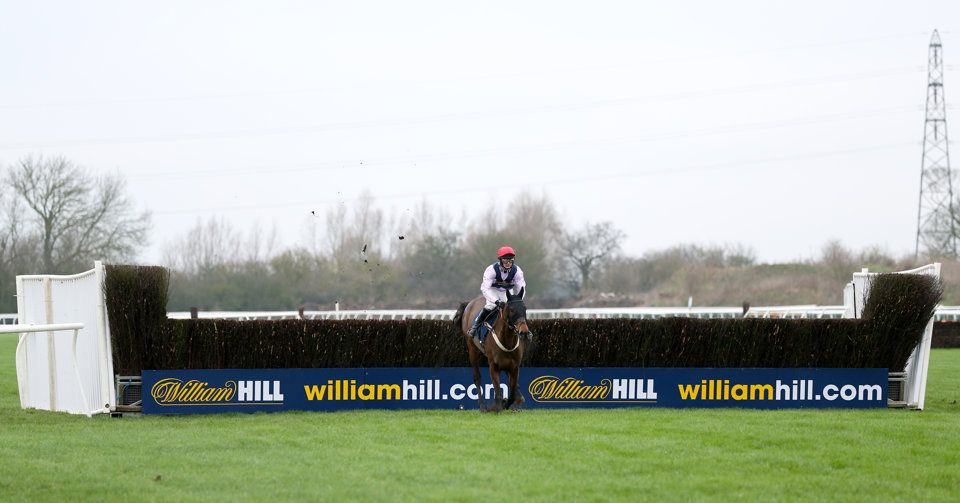 There is a six-race National Hunt card at Huntingdon on Tuesday afternoon, and our in-house tipster Steve Chambers picks out three tips for the action over the sticks...

Fresh from a sparkling win in the Cesarewitch at Newmarket last weekend, Nicky Henderson will look to land another winner on Tuesday afternoon, but this time it will be in the National Hunt sphere. The legendary handler will saddle RAPID FLIGHT in the 15:05 at Huntingdon, who will make his chasing debut for Her Majesty The Queen, and looks to stand a terrific chance, if he can take to the chasing game.

He broke his maiden tag at the fourth attempt when winning at Southwell back in May off a mark of 113, but he did fail to follow up next time out when disappointing at Uttoxeter a month later. However, he's since had a wind op and Henderson is now sending the son of Midnight Legend over the larger obstacles, and it could be the making of the Seven Barrows raider.

He will take his chance off the same mark of 113 this afternoon, and should the wind op help his breathing then he can get the better of the likes of Your Darling and Quick Draw, who appear to be the biggest dangers.

Neil Mulholland's Peltwell racked up a spectacular four-timer in the spring, as the eight-year-old mare notch a quartet of victories in the month of March, and she will make her hotly-anticipated return to the track to contest the 15:40 at Huntingdon. There's no doubting that if she lines up in the same form here then she has to stand a great chance, but she's considerably higher in the handicap for this event, and a mark of 106 could find her out.

The one to take on Peltwell with is the top-weighted THEOCRAT, who is a progressive four-year-old that could still be ahead of the handicapper. A winner at Worcester last month off a mark 110, Nigel Hawke's charge will have to defy a 6lb rise for that victory, but he showed great tenacity to win that day, and there could be more to come in the coming months.

Conditions will be similar this afternoon, and while he will need a career best, he can duly continue his development and end Peltwell's excellent run of wins.

The Philip Hobbs-trained ET APRES THOU has been tumbling down the handicap in recent times, and the seven-year-old can finally break his maiden tag in Huntingdon's 16:15 contest. He showed positive signs last season when finishing a creditable second in a Wincanton event last November off a mark of 97, but he has since struggled to repeat that effort.

He was disappointing last time out off a mark of 88, but the handicapper has given him a real chance on Tuesday, as he takes his chance here off a mark of 83. A whopping 14lb lower than that Wincanton mark, if Et Apres Thou, who has had wind surgery, can unearth some form then he has to be the one to side with a trappy betting heat.