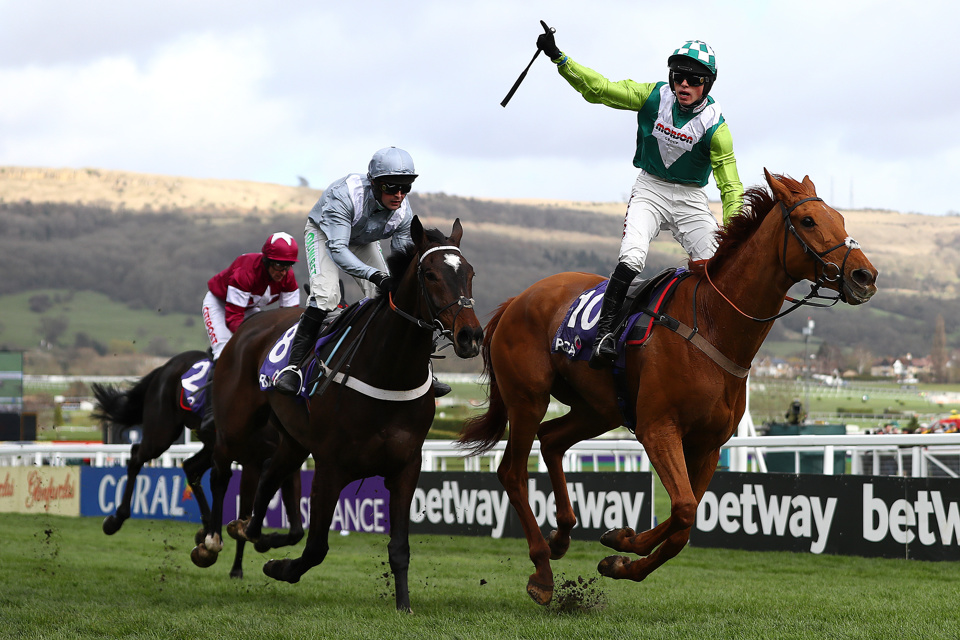 Topofthegame looked a chaser to follow when winning the 2019 RSA Chase.

Topofthegame remains on course for a tilt at this year’s Ladbrokes Trophy according to Paul Nicholls, who provided a positive update on his string ahead of the new Jumps season.

The 2019 RSA Chase winner was one of the leading hopes for last year's Cheltenham Gold Cup, before missing the entirety of last season through injury.

And Nicholls will be hoping that he can produce a similar performance at Newbury to one of his former stars Denman, who produced a dazzling display to win the prestigious handicap off a huge weight 11 years ago.

He told Nick Luck’s daily podcast: “That’s the sort of plan at the moment.

“Obviously there’s a long way to go with him yet, and he’s fragile so we’ve got to be careful, but I couldn’t really see too much of a point of running him anywhere beforehand, as there’s nothing really suitable.

“We’ll give him a nice long slow prep, and have him really ready for that day. We did it with Denman and hopefully we can get him there fit to run for his life that day.”

Meanwhile, Nicholls is plotting paths to the King George VI Chase for his star chasers Clan Des Obeaux and Cyrname, with the former aiming to win the race for the third year running;

“Clan Des Obeaux will run somewhere; at the moment I’m thinking Cyrname might go to Ireland to Down Royal and I’ll probably leave Clan Des Obeaux to go for the Betfair Chase ay Haydock.

“It’s a track that does suit him, but just like last year - he’ll have one prep run before the King George, which is the main aim for him.

“Cyrname looks the best he’s ever looked at the moment. He’s in good shape, and was ok to run in the spring in the back end, but obviously we couldn’t.

“He’s had a great summer, he’s schooled yesterday, and we’ve got to prove to ourselves that he gets three miles. I thought Down Royal was a great starting point, because if he does get three miles, we’ve got plenty of time to Kempton then - rather than running at Ascot like last year, which was too close between runs.”

Finally, Nicholls reported his Champion Chase hero Politologue to be in great form, adding that he's aiming for a reappearance run in the Tingle Creek at Sandown in December;

“Politologue looks great, and he needs to be fresh these days, with a nice gap between runs.

“I haven’t really discussed it with John (Hales), but I suspect our first run will be the Tingle Creek.”