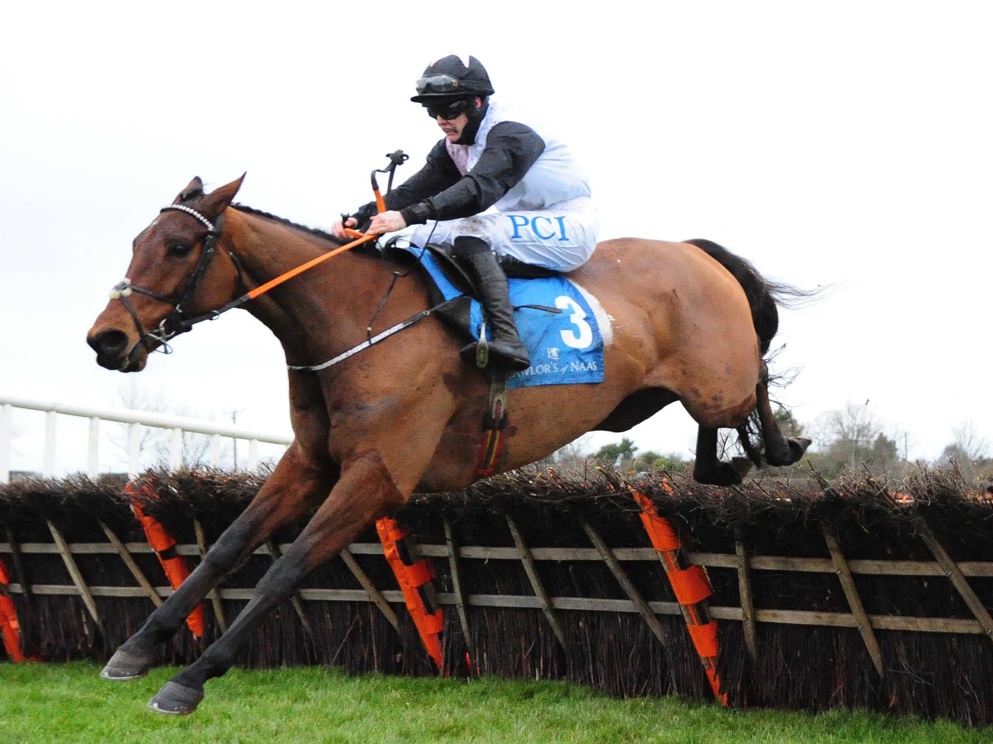 Bob Olinger features among 44 horses entered for the Grade 1 Turners Novices' Chase, which is set to take place at the 2022 Cheltenham Festival on March 17. We take a look at the entries here for the Thursday curtain-raiser...

Exquisite when outclassing his rivals in the Ballymore Novices' Hurdle at last season's Cheltenham Festival, Bob Olinger has made a smooth transition to the novice chasing arena, and following on from two impressive wins over the larger obstacles he's been installed an Evens favourite for the Turners Novices' Chase, a race he is one of 44 entries for. Henry De Bromhead's class act beat Bacardys by six-and-a-half lengths on his chasing debut, and duly enhanced his already lofty reputation by bounding nearly five lengths clear of the smart Capodanno in the Grade 3 Kildare Novice Chase at Leopardstown last weekend.

Showing a real zest for his jumping on only his second chase start, Bob Olinger could well lock horns with Capodanno once again, as he features in the Turners entries, but De Bromhead's superstar has shaped like he could be a real superstar chaser over the coming years, and he's most certainly one of the most exciting horses heading to the Cheltenham Festival in March.

There's a considerable chasm in the betting between Bob Olinger and the rest of the field, and the second favourite at the moment is Galopin Des Champs, who is an 8/1 shot, however, it looks as though he is likely to head to the Brown Advisory Novices' Chase. Bravemansgame (Brown Advisory) and Ferny Hollow (Arkle) are another duo that stand out from the entry list, but both are set to veer elsewhere for their novice chasing assignment, so it's worth looking at others for potential challengers to the red-hot jolly.

Venetia Williams has had a tremendous campaign and L'Homme Presse looks a very smart performer, and has recorded three wins from three over fences, which included last time out, where he was a dominant 10-length win in the Dipper Novices' Chase at Cheltenham, and at 8/1 he could set a few problems to Bob Olinger here. 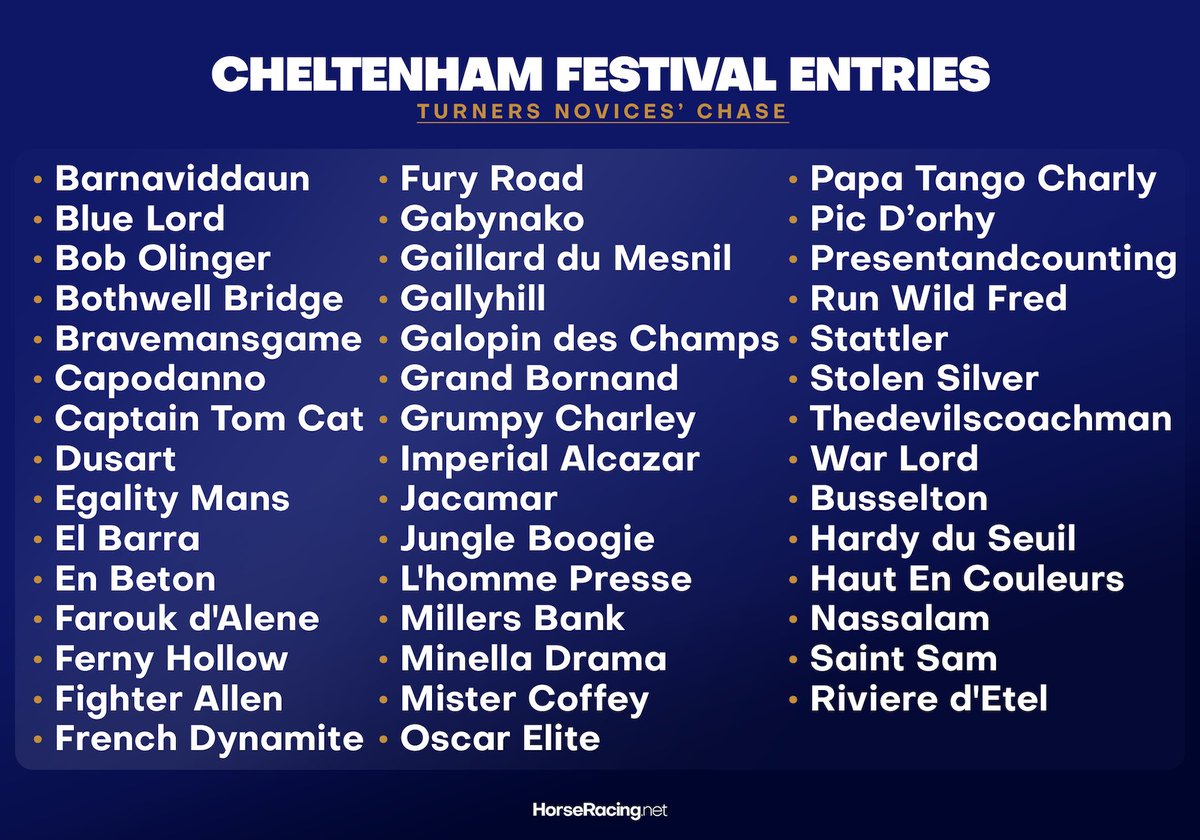 A star-studded 44 in the Turners Novices' Chase!

Willie Mullins has a whopping 14 of the 44 entries, and it's extremely difficult to work out which of the Closutton clan will line up here, as a host of them hold multiple entries across all of the Arkle, Brown Advisory and National Hunt Chase. A winner of a beginners chase over 2m 5f on New Year's Day, Jungle Boogie is an exciting prospect over fences, and he's a 12/1 chance, while five-year-old Haut En Couleurs (14/1) is another that may not be in the top echelon of the Mullins-trained chasers, so may be seen here.

With Galopin Des Champs a warm order in the Brown Advisory and Ferny Hollow a hot favourite in the Arkle, then it would be no shock to see a number of Mullins raiders line up here, but guessing at this stage which ones is a tough ask, so it's worth holding on to see what plan the Mullins operation have for the remainder of the season.

Paul Nicholls is yet to taste glory in this contest, but in Pic D'Orhy (20/1) he has a former Betfair Hurdle winner that has only won two of his seven chase starts, but a fine win in the Grade 2 Noel Novices' Chase has pushed his name into the Turners picture, while another couple of notable British-trained contenders could be Nicky Henderson's Dusart (25/1) and Jonjo O'Neill's Papa Tango Charly (50/1).

Each Way Terms
Odds correct as of 2022-05-28 08:48 Odds subject to change.
Cheltenham Festival 2022
Today's Horse Racing Tips: The most tipped up horses from across the 10 race meetings on Saturday
By Russell Palmer