Upsets aplenty as 'Horse of the Decade' kicks off 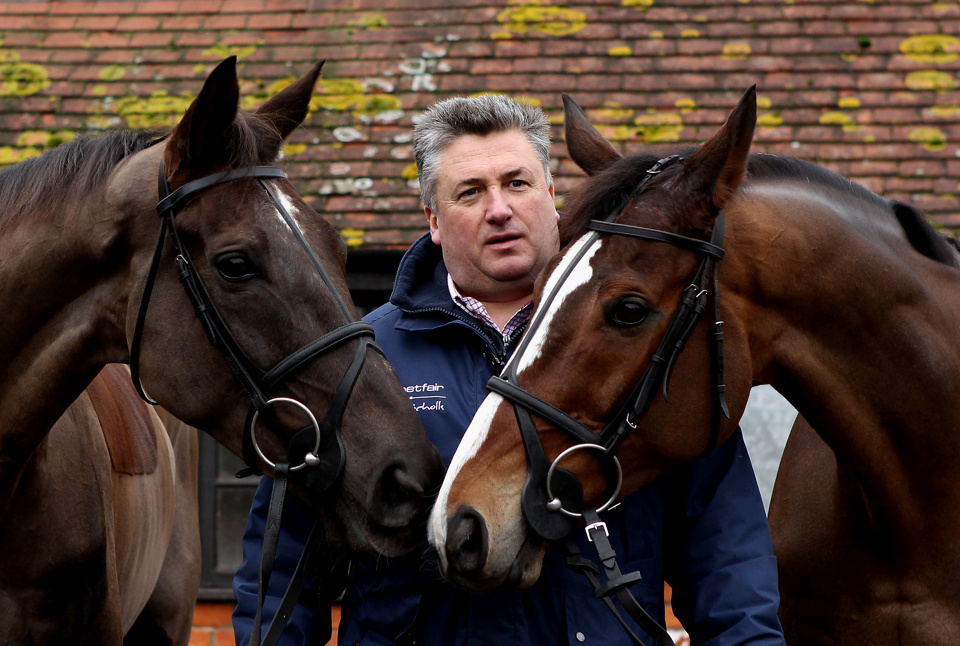 Denman and Kauto Star could be set to clash once again in the World Cup Final...

Considering the copious headaches we had in HorseRacing.net HQ trying to put together a 32-horse shortlist for the Horse of the Decade World Cup, it was always going to prove to be a brutal competition...

The polls opened for the Group Stage of our competition to our 75,000 Twitter followers last night, and it proved to be a vintage night for fans of Jumps racing - as 12 of their 16 representatives negotiated their way out of the groups.

There were some juicy draws, and the only Flat horse who was able to win his group was Frankel, who sauntered to victory with 76.8% of the votes in what looked a tough draw alongside Cue Card (who joined him in the next round as runner-up), Blue Point and Quevega.

Frankel came into this as the bookies favourite to take the honours, and the only other Flat horses to join him in the next round were three mares; Treve, Winx and Enable.

The most successful horse in the group stage, however, was the great Kauto Star, who racked up a whopping 87.4% of the votes when accounting for Treve, Buveur D’Air and Nathaniel in Group G.

As it stands, he would bump into Frankel at the Semi-Finals stage, and is on the opposite side of the draw to a certain Denman…

Before that, though, we have the Round of 16, which features several mouth-watering and debate-inducing encounters. 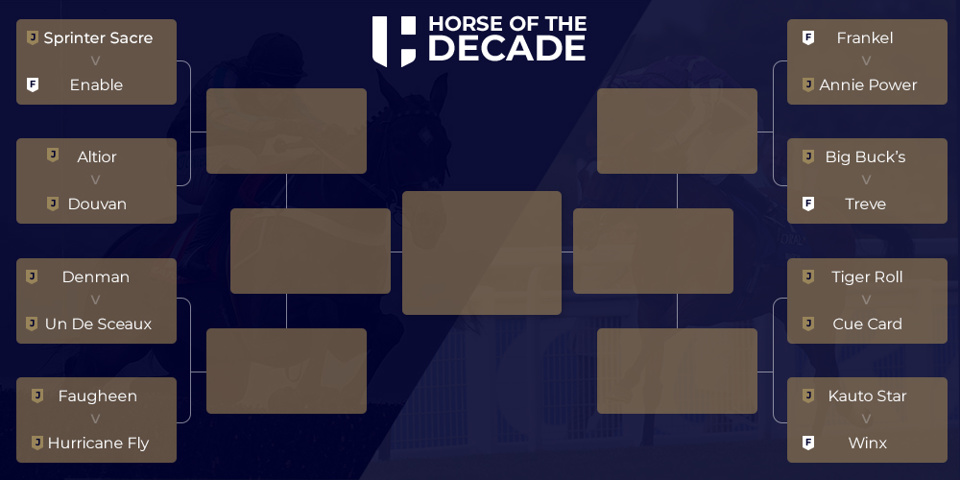 Douvan had plenty wondering what might have been when falling while travelling well in the 2018 Champion Chase, and he has the chance to make amends up against the eventual winner that day, a certain Altior. Meanwhile, the dual Grand National winner Tiger Roll faces the multiple Grade 1-winner Cue Card, while Frankel faces the Champion Hurdler Annie Power.

Want to get involved? The competition continues on our Twitter feed this evening! (Monday 23rd December)

The round of 16 will be running from 4.30pm until 9pm, with each tie at the following times…

After the Round of 16, we'll move on to the latter stages of the competition, which will all take place on Christmas Eve.