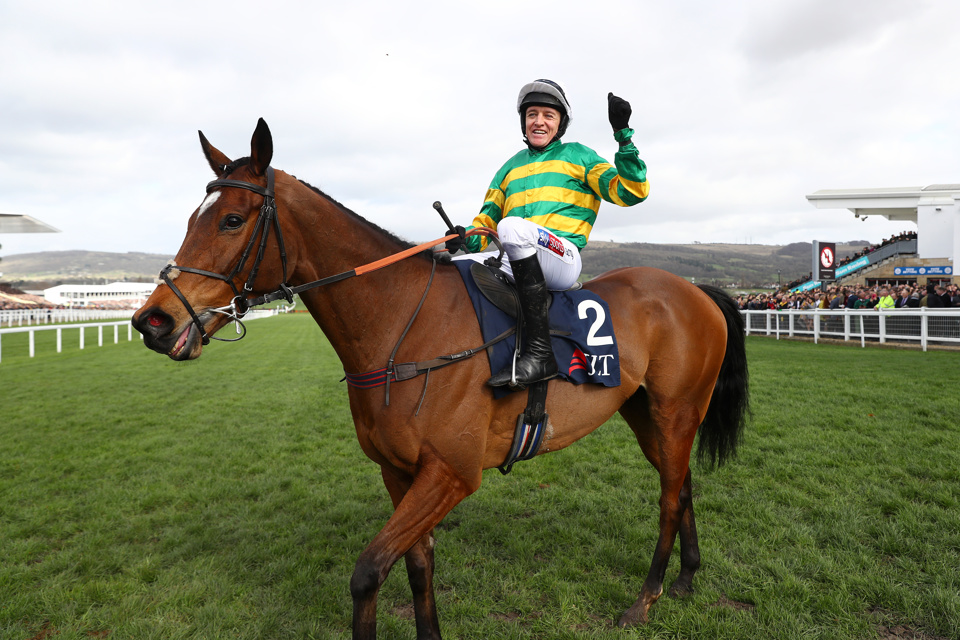 The betting for the Scilly Isles Novices' Chase is always competitive and you can find the latest odds for the race below...

The Scilly Isles Novices' Chase can be a tough race for punters and you can find our tip for the race below...

What is the Scilly Isles Novices' Chase?

The Scilly Isles Novices' Chase is a Grade One race run over a trip of two miles and four furlongs at Sandown Park each January.

The Esher venue plays host to the Grade One race which tends to attract some excellent animals each season with a number of Cheltenham Festival contenders likely to take their chance against some of the best novices chasers in training.

Sandown is always seen as a test for the novice chasers with the famous railway fences on the back straight offering inexperienced horses a tough assignment and connections will be eager to give their potential stars an entry as a result. Any novice chaser that takes to the Sandown fences well will be bang on track for a big run at Cheltenham with the JLT Novices' Chase likely to be the target.

What happened in the 2021 Scilly Isles Novices' Chase?

Sporting John produced a sparkling late surge to reel in Shan Blue in a energy-sapping finish to the Grade 1 contest. Dan Skelton's Shan Blue had pulled a couple of lengths clear turning for home, but Richard Johnson managed to get a real tune out of the staying on Sporting John, who found lots under pressure and the Philip Hobbs-trained raider went on to win by nearly four lengths with Shan Blue in second and Paint The Dream back in third.

The history of the Scilly Isles Novices' Chase

First run in 1964, the race was initially run down at two miles before being increased to the current intermediate distance in 1988.

The race has been known under various sponsorship over the years but the Scilly Isles part was reintroduced in 2014 where it has rightfully remained ever since.

The Railway fences at Sandown are famous in the sport for their difficultly with the obstacles coming in quick succession down the back straight which means that any novice that turns up this race will need to be a sound jumper. The relatively flat track at the Esher venue also lends itself to speedier horses as we saw with Defi Du Seuil winning in 2019 with the former Triumph Hurdle winner more than capable of featuring at the minimum trip as well.

Who is the most iconic winner of the Scilly Isles Novices' Chase?

There have been some excellent winners of the Scilly Isles Novices' Chase over the past 20 or 30 years with horses like Young Hustler, Bristol De Mai and Top Notch just three of the better animals to have claimed the Sandown race. There is no doubt though which horse is top of the tree when it comes to the list of past winners with the legendary Best Mate the stand-out name.

The Henrietta Knight trained star was just six when he won the Grade One novice chase back in 2001 and little did we know what he was about to do in his career. Three consecutive Gold Cup wins were just on the horizon but it was at Sandown where we first saw the potential of a horse who would go on to make national hunt history.

Are there any trials for the Scilly Isles Novices' Chase?

Scilly Isles runners can come from a number of races with the Dipper at Cheltenham on January 1st perhaps the most obvious stepping stone towards the Grade One contest. In 2019 we saw both Defi Du Sueil and Lostintranslation go from Prestbury Park to Sandown and no doubt we will see one or two horses take the same route in 2020 in the novice division.

Who is the most successful jockey in the Scilly Isles Novices' Chase?

Who is the most successful trainer in the Scilly Isles Novices' Chase?

It is Nicky Henderson who tops the list for most wins in the Scilly Isles Novices' Chase with five wins to his name so far. The Seven Barrows boss has picked up the Sandown race with Punchestowns (2010), Captain Conan (2013), Oscar Whisky (2014), Top Notch (2017) and Terrefort (2018).