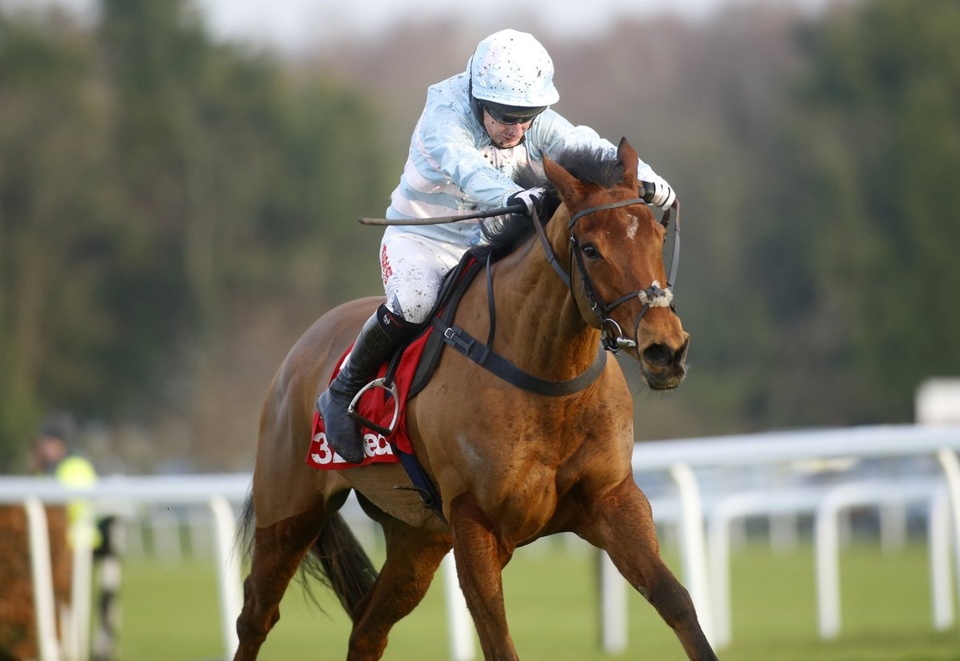 The Tolworth Hurdle is a Grade 1 treat in the opening days of the New Year, and you can find the latest odds for the race below...

The Tolworth Hurdle tends to be a tough race for punters with some of the best young animals in training clashing at Sandown and that will mean the market should be tight. We will be making our big race selection in the week of the race as we look to help our readers find the winner.

What is the Tolworth Hurdle?

The Tolworth Hurdle is a Grade One horse race run over a trip of two miles at Sandown Racecourse each January.

The race is open to horses aged four and up and tends to attract some of the best young animals in training with the Tolworth a big race in its own right. As well as being a key Grade One, the Tolworth is also a key trial for the Cheltenham Festival with the Supreme Novices' Hurdle the likely destination for horses that compete well at Sandown.

Like most big races, the Tolworth has had various sponsorship in recent years with Unibet the current bookmaker supporting the Esher Grade One.

What happened in the 2021 Tolworth Hurdle?

Harry Fry's Metier launched into the Supreme Novices' Hurdle picture with an authoritative 12-length victory in the 2021 Tolworth Novices' Hurdle, as the well-fancied 7/4 favourite pulled clear of Ben Pauling's Shakem Up'arri to claim the coveted Grade 1 crown at Sandown Park. Showing a decent turn of foot in the closing stages, Metier proved to be a cut above his rivals and shaped like there's a lot more to come over timber, and he could be primed for a trip to the Cheltenham Festival in March.

The history of the Tolworth Hurdle

First run in 1976, the Tolworth Hurdle has grown into one of the most important and prestigious races of the entire season for the best novice hurdlers in the country over the minimum trip.

The race in January tends to be the last start for the majority of the runners before they head to the Cheltenham Festival in March which makes it a crucial contest. We have seen a number of excellent winners claim the Sandown race over the past forty years with the biggest names in the sport often targeting the race for their bright young stars of the future.

We can expect another excellent list of entries in 2020 which means the Tolworth will continue to prove one of the best races of the season.

Who is the most iconic winner of the Tolworth Hurdle?

There is a fantastic list of names on the Tolworth roll of honour including Summerville Boy, who was the last horse to also win the Supreme in the same season, Yorkhill and Noland to name just three sine the turn of the century. There is however one stand-out name in the form of Desert Orchid who claimed the win back in 1984.

"Dessie" would go on to become one of the greatest horses of all time with four King George victories to his name and a Gold Cup but it was a Sandown where he first came to the attention of many racegoers as he claimed the Tolworth for David Elsworth as a five-year-old.

Are there any trials for the Tolworth Hurdle?

The Tolworth Hurdle will often be the key prep race trial target for horses heading to the Supreme or the Ballymore Novices' Hurdle at the Cheltenham Festibal which means punters can tend to get a decent idea of potential runners at Sandown. Elixir De Nutz won a novice hurdle at Cheltenham in December before winning the Tolworth, while Summerville Boy used the same path on the way to his victory in 2018.

Punters are well advised to watch the key novice hurdle winners in November and December to decipher any potential Sandown runners with a number of animals likely to use the Grade One as their first step up into top class company.

Who is the most successful jockey in the Tolworth Hurdle?

Who is the most successful trainer in the Tolworth Hurdle?

A  number of great handlers have won the Tolworth Hurdle but it is no surprise to see the great Nicky Henderson at the top of the tree with five wins to his name in the race. The Seven Barrows master has won with New York Rainbow (1992), Minella Class (2011), Captain Conan (2012), Royal Boy (2014) and L'ami Serge (2015).