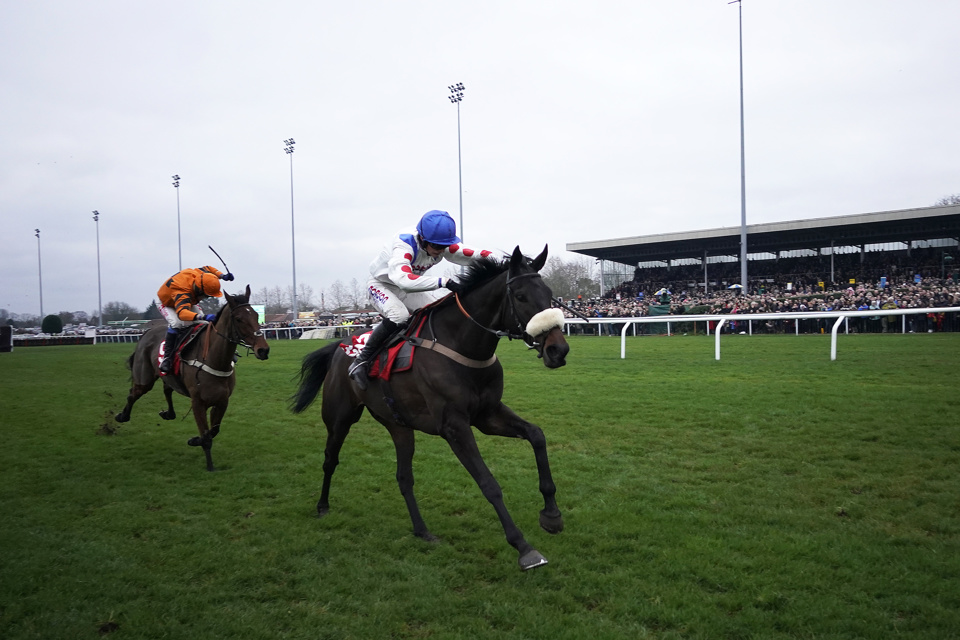 The King George rarely fails to dazzle, and our tip for the big race will be here in the days leading up to post time.

What is the King George VI Chase?

Aside from the Cheltenham Gold Cup, the King George VI Chase is widely considered as the most important staying chase of the season and it is a race that has been won by some legendary horses. A Grade One race run over a trip of three miles at the London venue, the King George is the highlight of Christmas for many racing fans with the race a huge contest in its own right as well as being a key trial for the Cheltenham Gold Cup later in the season at the Cheltenham Festival.

What happened in the 2020 King George VI Chase?

This year's King George seemed destined to be dominated once again by Paul Nicholls, who had the two market leaders in the form of the two-time winner Clan Des Obeaux, and the classy Cyrname - who couldn't have been more impressive when winning the Charlie Hall Chase at Newbury. However, it was another Nicholls star who stole the show in Frodon, who made all in fine style under regular partner Bryony Frost, to seal a record 12th win in this race for Nicholls.

FRODON YOU ARE FABULOUS

King George glory for Frodon & Bryony Frost who give @PFNicholls a 12th win in the Festive showpiece at @kemptonparkrace https://t.co/SZ16qbJha0

The history of the King George VI Chase

Few races can match the King George for history and prestige in the horse racing world and that means it is a race with a long and varied past. First run in 1937, the King George was of course names after the new British King at the time and was first run on Boxing Day in 1947, where it has remained ever since.

The first ever winner was Southern Hero who remains the oldest ever winner at the age of 12, while the youngest ever King George hero was Manicou in 1950 who just five when he claimed the victory for trainer Peter Cazalet.

Who is the most iconic winner of the King George VI Chase?

The King George roll of honour is among the most famous in the sport with the list of past winners like a whose who of equine legends.

The big names just roll of the tongue with Mill House, Arkle, Pendil, Wayward Lad and Desert Orchid just four of the names to enter into the legendary winners category but there is only one horse who tops the tree. The great Kauto Star lit up when he entered Kempton on Boxing Day with his five wins in the race fresh in the minds of racing fans who were lucky enough to witness equine greatness. The Paul Nicholls trained horse was unbeatable during his golden period with his last win in the race, at the age of 11 in 2011, one of the great moments in the history of the sport as rolled back the years to claim the legendary fifth win.

Are there any trials for the King George VI Chase?

There are are a host of races for punters to follow in the lead-up to the King George with the Betfair Chase in November the first place for punters to start. Any horse that wins at Haydock will have the possibility of a £1million bonus on the cards if they can win at Kempton and then the Gold Cup so we can be sure the winner of the first race will head to London at Christmas.

Other races to follow include the 1965 Chase at Ascot which gives horses used to campaigning at shorter distances the chances to run over 2m3f before stepping up in trip at Kempton and the Peterborough Chase, which can offer a similar option at the start of December at Huntingdon.

Who is the most successful jockey in the King George VI Chase?

Plenty of the great riders have won the King George during their careers but it us Ruby Walsh who is top of the tree thanks to hiss association with the great Kauto Star. The Irish jockey was on-board the Paul Nicholls trained horse for all five of his wins at Kempton and that leaves him clear at the top of the record for most wins in the race.

Who is the most successful trainer in the King George VI Chase?