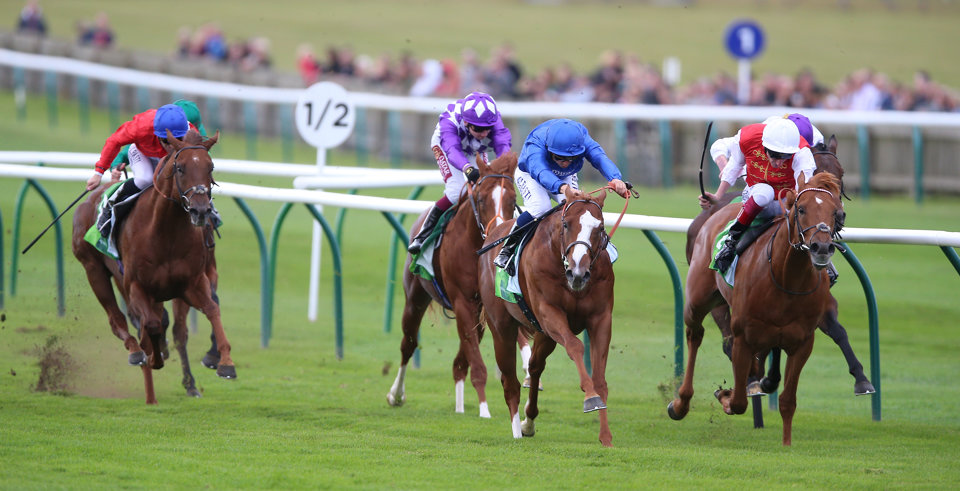 15 runners are set to go to post for the first classic of the season.

Joe Tuffin previews Saturday's 2000 Guineas, which features a potential superstar in Pinatubo, and picks out an each-way alternative at a big price...

The wait is over. The longest build up to the 2000 Guineas in living memory is finally finished and we can now eagerly anticipate the return of last season’s top two-year-old, Pinatubo. Seldom has a horse caused so much debate and discussion (part in due to us having nothing else to talk about for two months!) during the off season, with rumours of him disappointing on the gallops causing some of his supporters to jump ship.

We'll soon find out whether he will make up into the ‘next Frankel’ this term and live up to his official two-year-old rating of 128 - which is actually 2 lb better than Frankel achieved at that age - or whether he will indeed flop at three, à la Air Force Blue - who followed up his deeply impressive two-year-old form of 12111 with a string of underwhelming performances in his classic campaign.

There’s no denying that Pinatubo is your 2000 Guineas winner on paper, bearing in mind that he has already swept aside his closest rivals with relative ease last season with some of the most visually impressive performances we’ve seen by a two-year-old in quite some time. But racing is never that simple, and the questions regarding his progression could well be warranted and as a result, your money is probably better spent elsewhere in the form of a bigger, each-way contender.

The betting would suggest that Pinatubo’s biggest danger is the Aidan O’Brien-trained Arizona, who looks pretty exposed at first glance. Indeed, Arizona has a lot to find to get anywhere near Pinatubo based on what he showed last year, and he’s already been beaten twice by Charlie Appleby’s superstar - including a nine-length demolition in the Group 1 Vincent O’Brien National Stakes.

O'Brien is a master of the 2000 Guineas, and four of the last five winners have been trained by the master of Ballydoyle. In addition to that, the less-than-ideal preparation that the whole field will have to cope with shouldn’t faze Arizona, with O’Brien renowned for sending his horses straight to Newmarket races with no prep run. He strictly has plenty to find with Pinatubo as it stands, but if there is any trainer could flip that form and pull off a huge scalp, it’s Aidan O’Brien.

Perfect Pinatubo extends his unbeaten sequence to six with a determined display in the Darley Dewhurst Stakes for William Buick and Charlie Appleby 👏 https://t.co/h0xi1uOBla

Such is Pinatubo’s strength in the market that the only other runner at a single figure price at the time of writing is Kameko, who is the mount of Champion Jockey, Oisin Murphy. The exciting Andrew Balding-trained colt finished last season on a high by claiming the rescheduled but still highly prestigious Vertem Futurity Trophy at Newcastle, which has a stunning record of producing subsequent Guineas performers. The last two winners of the Futurity Trophy - Saxon Warrior and Magna Grecia - both followed up in the 2000 Guineas, with noticeable names such as Roaring Lion and Phoenix Of Spain filling the places, so there is nothing but good omens for the striking son of Kitten’s Joy.

His three-and-a-quarter-length win at Newcastle that day saw Kinross, who was sent off the 13/8 favourite, finish behind him in fifth. He was a hugely impressive winner of a novice contest at Newmarket on his debut a month previous, a performance which saw him backed into favouritsim at Newcastle, but he found the step up to Group 1 company tough and has plenty to find with Kameko after a six-and-a-quarter-length defeat.

It’s almost hard to believe, but Frankie Dettori has only won the 2000 Guineas once this entire century (in 2016 with Galileo Gold), and he’ll need to produce an inspired ride if he’s to improve that record this year as he takes the ride on Wichita, a 14/1 chance and the second string from the O’Brien stable. His form is solid, but, like many in this field, he’s already faced and subsequently been beaten by Pinatubo - when finishing four-and-three-quarters behind him in the Dewhurst. It wasn’t a run devoid of promise, though, and having Dettori on board is an obvious positive.

Another to note is Mums Tipple, who made headlines aplenty when pulverising his opponents in a valuable sales race over six furlongs at York last summer. He failed to follow that up in Group company when disappointing in the Middle Park Stakes a month later, and while there were valid excuses for that run having suffered a kick in the preliminaries, he looks like more of a sprinter than a mile horse.

Even though Godolphin’s attention will all be on their star Pinatubo, both Al Suhail and Military March are worthy of attention at big prices. The pair were last seen in an epic battle in the Group 3 Autumn Stakes over course and distance in October, which saw them pull seven lengths clear of the field, with the latter eventually prevailing by half-a-length.

Yet another huge run from Ropey Guest in third for @MargarsonRacing https://t.co/kRSMiIi9Q7

Both appeal more as Epsom Derby horses - with Military March being the current ante-post favourite for the Epsom showpiece - meaning that they may find the mile trip slightly on the sharp side, though they may offer some each-way value up  against the short-priced favourite. The old saying goes that whoever finishes third or fourth in the Guineas will win the Derby, and if either these two are to play a main role at Epsom next month, they will need to perform well in the Guineas.

Bearing in mind that Military March will likely be primed for Epsom, it could be worth siding with Al Suhail, who lost nothing in deffeat in the Autumn Stakes and his stamina would come into play if this turned into a test. He shaped as though he was still learning the job last time out, and provided he can produce a more mature performance here, he could well run into the money on Saturday.