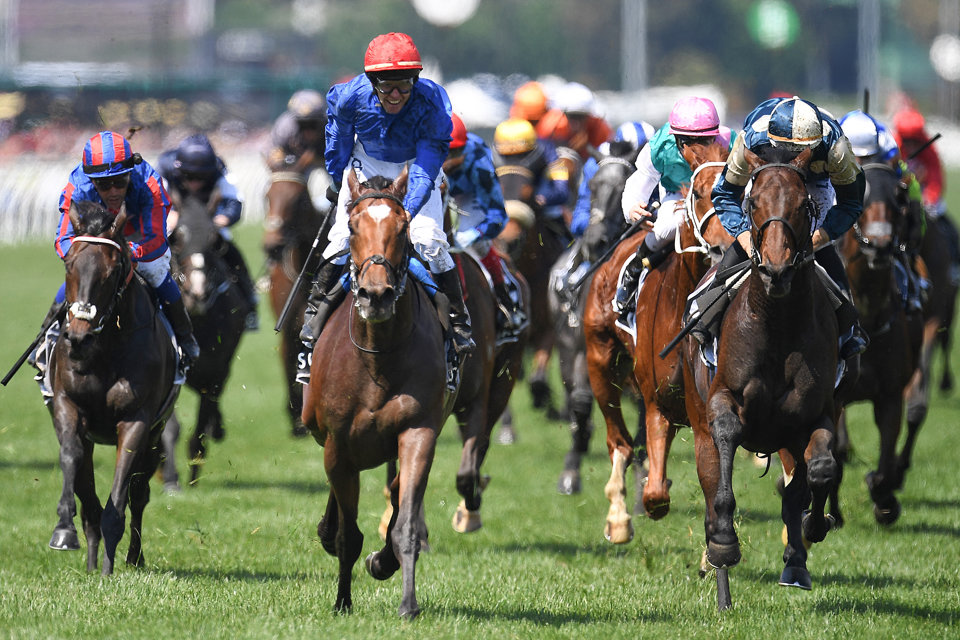 Cross Counter became the first British-trained winner of the Melbourne Cup when striking for Charlie Appleby in 2018.

With the European-trained horses heading into pre-export quarantine this week, Nick Seddon has taken at their chances in this year’s Melbourne Cup…

Whilst travel has proven to be rather difficult for the human race since March, racing has hit less snags, and British and Irish-trained runners have been able to take their chances overseas over the past couple of months.

Australia has been hit hard by the Coronavirus pandemic of late, particularly the state of Victoria, and while some trainers have opted against sending runners to this year’s Spring Carnival, 29 horses will make the trip down under - arriving in Melbourne on Friday 2nd October, before being able to race from Saturday 17th October onwards.

Several of those who are travelling to Australia have changed ownership, including a controlling stake in the Henry II Stakes winner Dashing Willoughby, which was purchased by prominent New Zealand owner Sir Owen Glenn - though he will remain in training with Andrew Balding.

European runners who will switch to Australian yards include last year’s Epsom Derby favourite Sir Dragonet, who will be trained by Ciaron Maher & David Eustace. That pair are also now responsible for the improving pair of Involved and Tinandali, while the David Simcock-trained pair of Almania and Collide will switch to Kris Lees.

The weights have already been released for ‘the race that stops a nation’, and the Aidan O’Brien-trained Anthony Van Dyck - who defeated Stradivarius in the Group 2 Prix Foy at the weekend - has been handed top weight. With that in mind, we’ve taken a look at the European challengers by nation, and assessed their chances.

Melbourne Cup contender Anthony Van Dyck toppled champion stayer Stradivarius over the weekend, while Port Guillaume suffered a heavy defeat in the Group 1 Grand Prix de Paris but will be prepared for a Cups campaign regardless.

Irish trainers are responsible for 12 of the 16 horses that are heading to Australia, and of those, six hail from the Aidan O’Brien yard. The Melbourne Cup is one prize which has so far eluded the master of Ballydoyle, though as mentioned above, his squad for this year’s race is spearheaded by Anthony Van Dyck, who will carry a top weight of 58.5kg (9-03).

Those weights are subject to change, with the final figures being released on Halloween, but Anthony Van Dyck will face an incredibly tough task if you trust the figures. Indeed, no horse has carried that weight to victory since Think Big in 1975.

Meanwhile, the Irish Derby winner Santiago has also been confirmed for the trip to Australia, and is a prominent 16/1 chance in the betting at the time of writing, having been handed a weight of 53.5kg (8-06). He lost little in defeat when fourth behind Galileo Chrome in the St Leger at the weekend, and the Australian handicapper has him closely matched on form with one of the leading home fancies, Russian Camelot (53.5kg).

Tiger Moth (52.5kg) is unexposed over staying trips, and is another O'Brien runner who's well fancied at around the 12/1 mark. He entered the reckoning for the Cup after a dominant win in a Group 3 contest over a mile and a half at Leopardstown last week, and plenty will fancy him to run well.

The O’Brien sextet is completed by three who could target other races at the Spring Carnival, including Magic Wand, who was tenth in last year’s Cup. She won the Group 1 Mackinnon Stakes four days later and has both that and the Cox Plate on her radar, races which Armory will likely also head for. Meanwhile, the 2000 Guineas runner-up Wichita seems likely to target the Group 1 Cantala Stakes at Flemington.

He plunders this €100,000 contest with a smart performance under Ryan Moore at @LeopardstownRC @IrishChampsWknd

Mullins has twice placed in this race in recent years with Max Dynamite (second in 2015 and third in 2017), and he's set to be represented in the Cup this year by Stratum (55kg) and True Self (52kg). The former is guaranteed a run at the time of writing, though he's been rather hit-and-miss since winning last year's Cesarewitch Handicap. He returned to form when second in the Lonsdale Cup at York last month, and carries the colours of the incredibly shrewd Tony Bloom. Meanwhile, True Self missed the cut by one last year, but subsequently went on to win a Group 3 handicap at Flemington, and her connections will be hopeful of getting a run this year if she can perform well in one of the trial races.

Unlike his father Aidan, Joseph O'Brien already has a Melbourne Cup victory under his belt, teaming up with leading owner Lloyd Williams when striking with Rekindling in 2017. Williams has won the race on no less than four occasions, and he owns all four of the runners that O'Brien is sending to Australia; Buckhurst (55kg), Master Of Reality (56kg), Twilight Payment (55.5kg) and Pondus (51kg).

The first three are all guaranteed a run as it stands, and Master Of Reality will head back to Australia on the back of a listed success at Down Royal, having been second past the post in last year's race (demoted to fourth). Twilight Payment will also stage a repeat bid after finishing eleventh 12 months ago, while Buckhurst was fifth behind Tiger Moth at Leopardstown at the weekend. Lastly, Pondus was puchased by Williams and switched to O'Brien's yard from James Fanshawe at the end of last year, and while he'd have plenty of work to do to get himself a run, he's unexposed at staying trips, for all that he disappointed in last month's Ebor Handicap.

Much the best - Master Of Reality coasts home in Her Majesty's Plate, today's Listed highlight for @JosephOBrien2, @waynemlordan and Lloyd Williams at @Downroyal

The British challenge for this year's Spring Carnival will consist of three horses, though the Roger Charlton-trained Aspetar is being aimed at the 100th running of the Group 1 Cox Plate, which will be held at Moonee Valley on Saturday 24th October. The two main Cup hopes are last year's runner-up Prince Of Arran (54.5kg), and Andrew Balding's Dashing Willoughby (54.5kg), who are closely matched on form according to the Australian handicapper.

The former has been trained with this race in mind, and returned from a break to finish third behind Enable in the September Stakes at Kempton earlier this month, while Dashing Willoughby had looked a stayer to follow in his first two outings this season, but could only finish fourth in last month's Lonsdale Cup at York.

Protectionst became the first German-trained winner of the Melbourne Cup when striking for Andreas Wöhler back in 2014, and Wöhler sends over Ashrun (53kg) for this year's renewal. The four-year-old has done all of his racing in France and Germany so far, but he has some smart form under his belt, placing in the Group 2 Prix Kergorlay over a mile and seven furlongs at Deauville last month.

Protectionist won that race on route to Flemington six years ago, and while Ashrun was no match for the Freddy Head-trained Call The Wind on the day, he stayed on noticeably well to the line, and the step up to two miles could see him find some improvement. Indeed, there have been reports of some large bets being placed on Ashrun over in Australia, and he's as short as 16/1 in places at the time of writing.