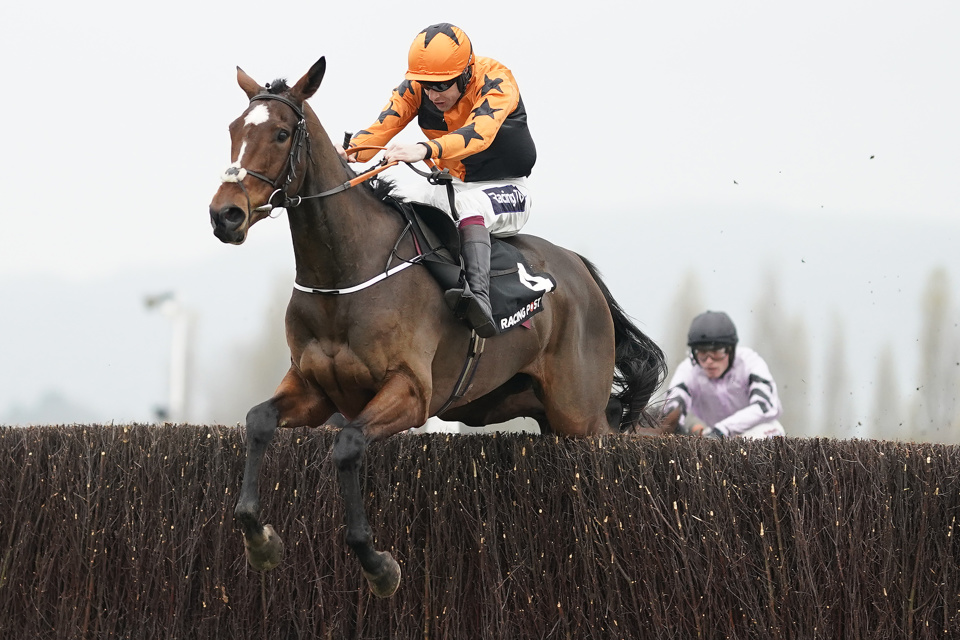 Put The Kettle On has a brilliant record at Cheltenham.

Following the release of the entries for the the 2021 Champion Chase, Joe Tuffin takes a long rang look at the showpiece two-mile event, and picks out his best bet at this stage...

At this stage last year, racing fans were giddy with excitement as the 2020 Champion Chase began to take shape, and the build up for Altior v Defi Du Seuil v Chacun Pour Soi - billed as one of the best clashes of recent Festivals - started to get underway. Of course as we know, the racing equivalent of the Thriller in Manilla never happened and only one took their place at The Cheltenham Festival, but while we were deprived of that last year, could we witness an even better treat in 2021?

The initial entries would suggest a cracker is in store, and the one they all have to beat is a certain Chacun Pour Soi, who is currently trading at around the 6/4 mark. He’s worthy of that too, having been beaten only once under rules in what has been a stop-start career which has seen him run only six times since moving to Willie Mullins from France. He solidified his place at the top of the market with an easy success in the Paddy’s Rewards Club Chase at the Leopardstown Christmas Festival, beating Notebook into second by six-and-a-half lengths (though that was not a true test of jumping with many fences omitted due to sun) and the 5/2 about him duly vanished. He’s smart, electric and knows how to jump a fence and is worthy of his spot, but you won’t get rich betting a 6/4 chance this far out from the race and history shows he’s a sensitive sort, so it’s worth looking elsewhere.

It’s no surprise to see two-time winner of this race, Altior, once again sitting near the top of the market, though he’s currently in the unfamiliar surroundings of being a double-figure price - owing mainly to his possibly underwhelming return in the Desert Orchid at Kempton on the 27th, where he was put in his place by Nube Negra. He attracted plenty of criticism for that run, with the question even being asked to Nicky Henderson about retirement by ITV, but it’s worth noting that it was his first run after quite a lengthy lay off, and seeing Altior finish anywhere but first is always a bit bizarre. Though he’s sure to improve for that run, he’s not getting any younger at 11 and there is that underlying feeling that the speed he once possessed is now behind him - though when else will you ever be able to back Altior at a double figure price!?

The previously mentioned Nube Negra exploded onto the scene at Kempton, and he cemented his place as a leading contender for the Champion Chase when downing Altior’s colours in pretty facile fashion in the Desert Orchid at a huge price of 20/1. He really did seem drastically over-priced that day (which is easy to say with hindsight) after finishing second in a Grade 1 Novices’ Chase and a further second in Warwick’s Kingmaker, but can i say with confidence that he’ll be leading coming up that Cheltenham hill? It could be a stretch too far for his ability and he’s one to avoid.

Speaking of underestimated, returning champion Politologue has spent his entire career under the radar but had a brilliant 2020, winning both the Champion Chase and the Tingle Creek more recently. Currently trading at around the 6/1 mark, he has been a model of consistency throughout the last few seasons, constantly hitting the bar (while also scoring) in some of the biggest two-mile events. Last year, things worked in his favour with the abstinence of some of the key players, but take nothing away from the victory which was as impressive as it was well earned. He doesn’t look like a two-time Champion Chase winner on paper, but he now has to be seen as one of the key players in this division and backing him each-way at 6s looks a smart bet on paper.

The brilliant grey won last year's Champion Chase but who will win THIS YEAR'S renewal?

The one that really catches my eye as the best antepost play at this stage however would be Put The Kettle On, who is currently available to back at 16/1. She drifted in the market slightly after being beaten by market leader Chacun Pour Soi at Leopardstown by a convincing seven lengths and there isn’t much you can say in terms of excuses for that loss. But the main key factor for her is that she clearly adores Cheltenham, winning on all three of her appearances there; the Arkle trial, the Arkle Trophy and the Shloer Chase at the start of this season.

Course form is key at Cheltenham, and you know she’ll handle the undulations of Prestbury Park, putting her immediately in a better position than others. She also gets a 7 lb mares' allowance from her rivals, an advantage she probably doesn’t need on ability alone. Sure, reversing the form with Chacun Pour Soi looks a big ask, but backing a winning 6/4 chance with £10 gets you the same return as backing a placed 16/1 chance with £5 each-way, and the latter gives you plenty more fun for your money. There is a chance she may go for the new Mares’ Chase instead of this event, though I think that would be a great shame and I’d like to think her connections would too, as she certainly has the ability to serve it up in the main events. If you are cautious of that though, you can take the shorter but still attractive odds of 12/1 with Paddy Power, who are now non-runner, no bet.