4 Horses To Light Up The July Festival At Newmarket 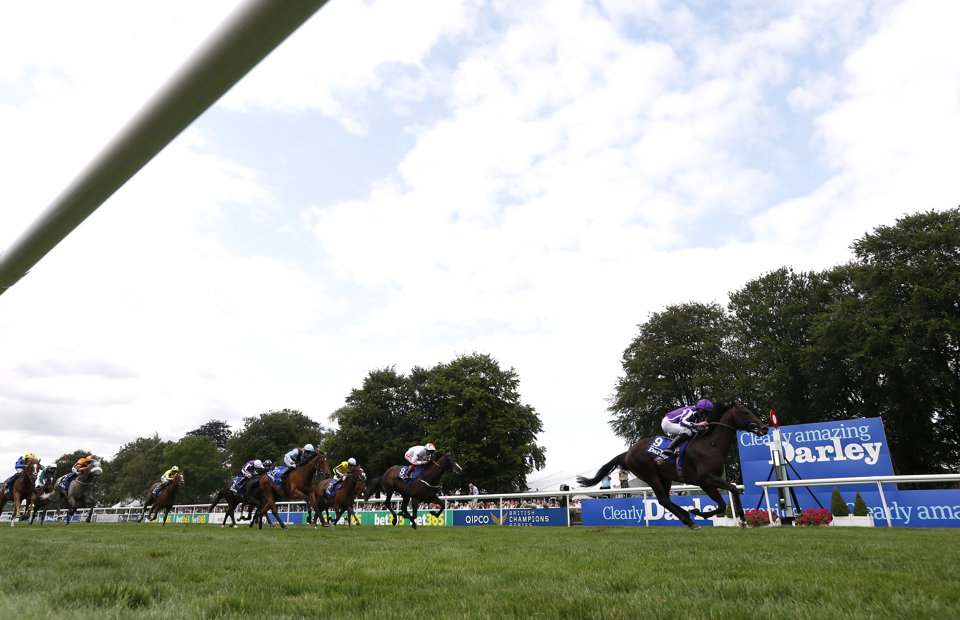 We pick out four horses that can run well at the July Festival this week at Newmarket.

It's the July Festival at Newmarket later in the week, and Steve Chambers picks out five horses that are set to light up the July course at Flat HQ...

The first Group race of the July Festival is the Group 3 Bahrain Trophy, which is run over 1m 5f and is one of the most notable trials for the St Leger later in the season. John Gosden's Masked Marvel was the last horse to win the Bahrain Trophy before going on to Doncaster Classic success back in 2011, and this year's crop will be looking to follow in the footsteps of that classy stayer.

Queen's Vase third Stowell will be the sole challenger for the Gosden team, and a win here would see his current odds of 25/1 for the St Leger plummet. However, there's a more eye-catching entry in the shape of Aidan O'Brien's The Mediterranean, who, at the time of writing, is as big as 33/1 for the Leger. A taking second in the Listed Nijinsky Stakes at Leopardstown in June, the Ballydoyle raider could then only finish fourth in the King Edward VII Stakes at Royal Ascot. Struggling to quicken in testing conditions that day, the son of Galileo could improve for the step up in trip, and with conditions likely to be a little easier then he can outclass his rivals here and book his place in the St Leger field.

William Haggas is unsure whether to let star performer Al Aasy take his chance in Thursday's Princess Of Wales's Stakes. With the King George at Ascot being the prime target in July, Haggas may opt away from letting the mightily-impressive Al Rayyan Stakes winner line up here, and his scratching will open the betting for the Group 2 feature on day one of the July Festival.

If Al Aasy is a no-show then that leaves the door open for Mark Johnston's Sir Ron Priestley, who is looking to bounce back from a couple of disappointing runs in recent months. Well beaten in the Yorkshire Cup when sent off a warm order, Sir Ron Priestley could only finish seventh in the Hardwicke Stakes at Royal Ascot, but a return to Newmarket could see him propel back into limelight. Prior to that Yorkshire Cup flop he beat subsequent Coronation Cup hero Pyledriver in the Jockey Club Stakes at Newmarket, which came after he won the Further Flight Stakes at Nottingham.

A real top-class performer on his day, Sir Ron Priestley, who is an eye-catching 7/1 chance at the moment, can recapture the winning thread on Thursday and hand Johnston his third win in this race in nine years.

Fans of Primo Bacio will be wishing that the rain stays away from Newmarket this week, as the Ed Walker-trained three-year-old will be a huge contender in the Falmouth Stakes on Friday. If the ground were to be good or good to firm then Primo Bacio will be a gargantuan player in the Group 1 showpiece event, and she can light up the action on day two of the meeting.

Having not taken her place in the Coronation Stakes at Royal Ascot due to the ground, Walker's raider will lock horns with the first and second in that contest here, Alcohol Free and Snow Lantern, who both sit at the head of the betting on Monday. While that pair are worthy of a favourite's chance, they will also have to deal with some significant older horses taking their chance.

But, the manner in which Primo Bacio won a Listed event at York back in May suggested there's a whole lot more to come this season, and she can continue her meteoric rise up the rankings with an impressive win here.

Not since 1950 has a horse won back-to-back July Cups at Newmarket, but Oxted is attempting to emulate the mighty Abernant, who achieved that feat, on Saturday as he lines up in the Group 1 sprint showpiece over six furlongs. Last seen winning the King's Stand Stakes at Royal Ascot over five furlongs, the Roger Teal-trained speedster will now step up in trip and attempt to retain the crown he won emphatically last season.

Arguably superior over six furlongs, Oxted showed all his class with a win at Ascot, but a return to three-quarters-of-a-mile will give chance to hold on to his finishing effort before unleashing a late burst of pace to claim the win in the prestigious event.

There will be a multitude of star sprinters taking him on, but Diamond Jubilee Stakes hero Dream Of Dreams will be absent, so that makes Oxted's task a little easier. Starman, Dragon Symbol, Rohaan and Campanelle are just four of the stars that can lay down a challenge, but Oxted should have the measure of that star quartet and he can reign supreme.