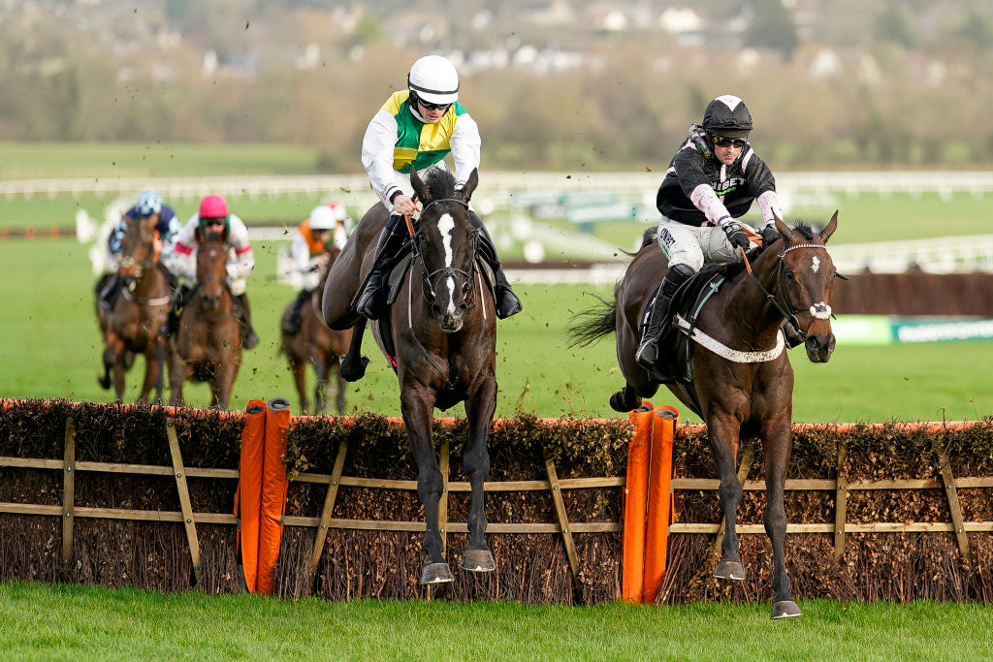 Hillcrest is the new favourite for the Albert Bartlett

Henry Daly's Hillcrest is the new ante-post favourite for the 2022 Albert Bartlett Novices' Hurdle after it was announced previous market leader Minella Crooner will miss the Grade 1 event on the final day of the Cheltenham Festival on March 18...

Gordon Elliott's Minella Crooner had been heavily supported for the 3m contest following his fine second placed finish in the Grade 1 Nathaniel Lacy Novices' Hurdle at the Dublin Racing Festival at Leopardstown, but it was announced on Wednesday afternoon that the classy six-year-old had picked up a muscle injury during a workout, and the Cullentra House team have been forced to rule him out of Cheltenham.

Minella Crooner was unable to get the better of the Willie Mullins-trained Minella Cocooner in that aforementioned Leopardstown contest, and the latter of that similarly named duo has been duly cut in the betting for the Albert Bartlett, but it's now the Henry Daly-trained Hillcrest that is the current market leader about 3/1, at the time of writing. An eight-length winner of a Grade 2 event at Haydock Park last time out, Hillcrest has shaped like a really top classy staying novice hurdler, but he will have a host of notable rivals taking him on in what should be a thrilling betting heat.

Elliott maybe without Minella Crooner, but he could potentially unleash a strong contender in the event on Cheltenham Gold Cup day, and Ginto has been slashed into 9/2 second favourite for the Elliott team. However, Ginto is a similar price for the Ballymore Novices' Hurdle on day two of the meeting, so it shall be interesting to see what the Cullentra House handler does with Ginto now.

Others that catch the eye in the latest betting include Henry De Bromhead's unbeaten Journey With Me (7/1) and his stablemate Shantreusse (8/1), while the unbeaten The Nice Guy could be another notable contender for the aforementioned Mullins (8/1), with Bardenstown Lad (9/1) another available at single figured odds in the revised market.

#AD 18+. Play Safe. New customers using Promo code H30 only, Min £10/€10 stake,  min odds 1/2, free bets paid as 2 x £15/€15, free bets credited after  settlement of first qualifying bet, free bets will expire 30 days after  the qualifying bet is placed, payment method/player/country restrictions apply.
get offer
Bet £10 Get £30 Free Bets (APP Only)
#AD New UK, IE & Malta customers only. 18+. Min £10/€10 first deposit using Debit Card or Trustly. Place a bet of £10 at min odds of 1.5. Free bets expire in 90 days. Full T&Cs apply.
Welcome Offer
#AD Bet £10 & Get £50 in Free Bets for new customers at bet365. Min deposit requirement. Free Bets are paid as Bet Credits and are available for use upon settlement of bets to value of qualifying deposit. Min odds, bet and payment method exclusions apply. Returns exclude Bet Credits stake. Time limits and T&Cs apply.
Bet £10 Get £60 in Bonuses
#AD New UK customers only. Register using the promo code BETFRED60, deposit and place first bet of £10+ on Sports (cumulative Evens+) within 7 days of registration. First bet must be on Sports. £20 in Free Bets to be used on Sports, £10 in Free Bets to be used on Lotto and 50 Free Spins (20p per spin) credited within 48 hours of bet settlement. Further £20 in Free Bets credited 5 days after settlement. Bonuses have a 7-day expiry. Payment restrictions apply. SMS verification and/or Proof of I.D and address may be required. Full T&Cs apply.
Bet £20 & Get It Back As CASH If It Loses
#AD New customers only. Place your FIRST bet on any Horse Racing market and if it loses we will refund your stake in CASH. Max refund for this offer is £20. Only deposits made using cards will qualify for this promotion. T&Cs apply.
Money Back As Cash Up To £20
#AD Max £20 refund on first bet. Bet must be placed in first 7 days of account opening. Only deposits made via Debit Card will be eligible for the promotion. T&Cs apply. 18+ begambleaware.org
Bet £10 Get £30 Free Bets + £10 Casino Bonus
#AD Minimum deposit of £10 using deposit code 30F - A qualifying bet is a ‘real money’ stake of at least £10 placed on any sports market - Minimum odds of 1/2 (1.5) - Free bets credited upon qualifying bet settlement and expire after 7 days - Free bet stakes not included in returns - Casino Bonus must be claimed within 7 days • To withdraw bonus/related wins, wager bonus amount x40 within 14 days • Wagering req. vary by game • Withdrawal restrictions and Full T&C’s apply. 18+ begambleaware.org
£41 In Bonuses
#AD Place a £25 fixed odds bet at minimum odds of 1/2. Get 5 x £5 free fixed odds bets + 2 x £5 free Winning Favs spread bets + 50 spins on Starburst + a £1 Race Index spread bet. Free bets and spins must be claimed within 28 days of opening. Free bet/spin stake not included in any winnings. Ts&Cs Apply. 18+ begambleaware.org
Bet £10 Get £20 In Free Bets
#AD Min stake £10. Min odds 1/2 (1.5). First bet only. Free bets expire in 7 days. Cashed out bets won’t apply. Payment method restrictions. Online UK customers only. 30 days to qualify for £20 in Free Bets. 18+. T&Cs apply
£25 Free Bet + 10 Free Spins
If your account has Sportsbook losses at the end of your first day's betting, QuinnBet will refund 50% of your losses as a Free Bet up to £25 (min 3 bets) Plus 10 Free Spins on Asgard Warriors. Even if your account is up, you're guaranteed a £5 Free Bet Plus 10 Free Spins provided you place at least 1 bet of £10 or greater at the minimum odds. T&Cs apply | 18+ New UK Customers Only | BeGambleAware.org
Latest racing results
Musselburgh
16:25
Full Result
1stBicep
5/1
2ndTimbukone
11/5F
3rdYeeeaah
9/1
York
16:10
Full Result
1stAlfred Boucher
5/1
2ndFrankenstella
15/2
3rdZoffee
11/2
Bath
16:00
Full Result
1stOne Step Beyond
8/1
2ndOpticality
10/1
3rdVirgo
7/1
View All Today's Results