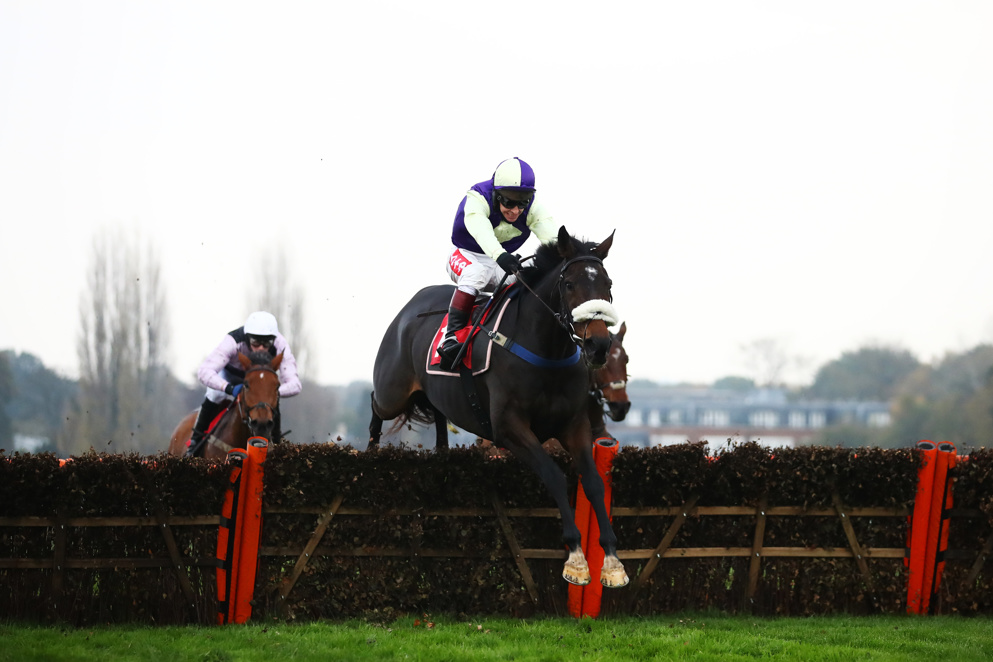 Tanya Stevenson gives her Albert Bartlett Novices' Hurdle tip, which is a hugely competitive betting heat for punters to work out on day four of Cheltenham...

Adrimel at 10/1 with Paddy Power

The Albert Bartlett Novices’ Hurdle is a roll up your sleeves race, a victory generally is earned and ground out, winners have to be really tough.  Four of the previous 16 favourites have obliged, yet amongst the remaining winners there have been three 33-1 winners and a 50-1 winner, so this race is not the easiest to deduce.

The distance may be one reason as many may have opted to avoid the Ballymore with Bob Olinger, in the hope that the extra distance wont scupper their hopes.  The two at the head of the market met Galliard Du Mesnil last time, Stattler and Fakiera finished third and fourth respectively, but I’m not so sure they showed enough to believe they fully get today’s three miles to the best of their ability.

Torygraph has improved for stepping up in distance but he has yet to run in a Graded race and this might be a step to far in class, yet he is tough.  Barbados Buck’s certainly stays, all three of his last wins have been at this trip, but once again if there is no rain the ground might be too lively and he like Torygraph has not those in graded class.

The greyhound racing industry has already taken the Cheltenham Festival by storm with top greyhound trainer Paul Hennessy winning the Coral Cup with Heaven Help Us.  Alaphillipe is owned by commentator and broadcaster, Nic Brereton and Sheffield greyhound trainer Carl Perry.  Carl Perry has a finalist in Romford’s Golden Sprint Friday evening in the speedster Geelo Gold Dust, what a double it could be if he could land the Albert Bartlett.

He was an emphatic winner of a Grade 2 at Haydock in February beating Mr Harp a reliable top class handicapper, he is the type who will be tricky to defeat in a race such as this.

Adrimel caught my attention at Warwick last time, he put himself out there and showed grit, determination and tenacity to keep pulling out extra in order to win the Leamington Novices' Hurdle.  He has all the credentials needed to gain victory, although we have to take stamina in trust.  All along I’ve been hoping Tom Lacey chooses this opportunity as he was also entered in the Ballymore, he didn't have the speed to see off Bob Olinger in hindsight.

What has assisted me in picking Adrimel for this is the list of previous winners of the Warwick Grade 2; Classified, Inglis Drever, No Refuge, Carruthers, The New One and Willoughby Court not a bad list and many have gone on to glory at the Festival.

This is by no means easy, no race at the Festival is, but maybe Adrimel can kick on two hurdles out and then cling on like he did at Warwick.

The Triumph Hurdle starts the day off and Tritonic was so impressive in the Adonis Hurdle at Kempton, it’s a race that has produced winners of this contest, since 1996 18 Adonis victors have come on to Cheltenham and five have won.  Alan King has won the Triumph twice as well, it’s a small but select field and the ground won’t be an issue, this horse has speed and strength.

There’s the hugely competitive County Hurdle, just a warning this is pure sentiment, Le Patriote was running in the Champion Hurdle last year, this season his chasing campaign has gone horribly wrong, even ugly, but he has been set a few stern tests.  The return to hurdling will be massively in his favour and he is very speedy at best.

Imperial Cup winner Langer Dan has only gone up 5lb for a facile Sandown win but it wasn’t much of a race, the Martin Pipe Conditional is much more competitive.  Leoncavallo met literally with traffic problems that prevented him from running in the Imperial Cup and I had this race marked down for him considering David Pipe trains him.

As for the Cheltenham Gold Cup, I’ve been toying with whether to stick with Al Boum Photo.  I feel the ground is too lively for Royale Pagaille and most of the previous winners have had plenty of Grade 1 form, Venetia Williams runner has not.

Frodon and Native River might burn each other off with their front-running tactics and Champ was brilliant over two miles but this is a big ask.  So I stick with Al Boum Photo with Kemboy in second for a Mullins 1-2