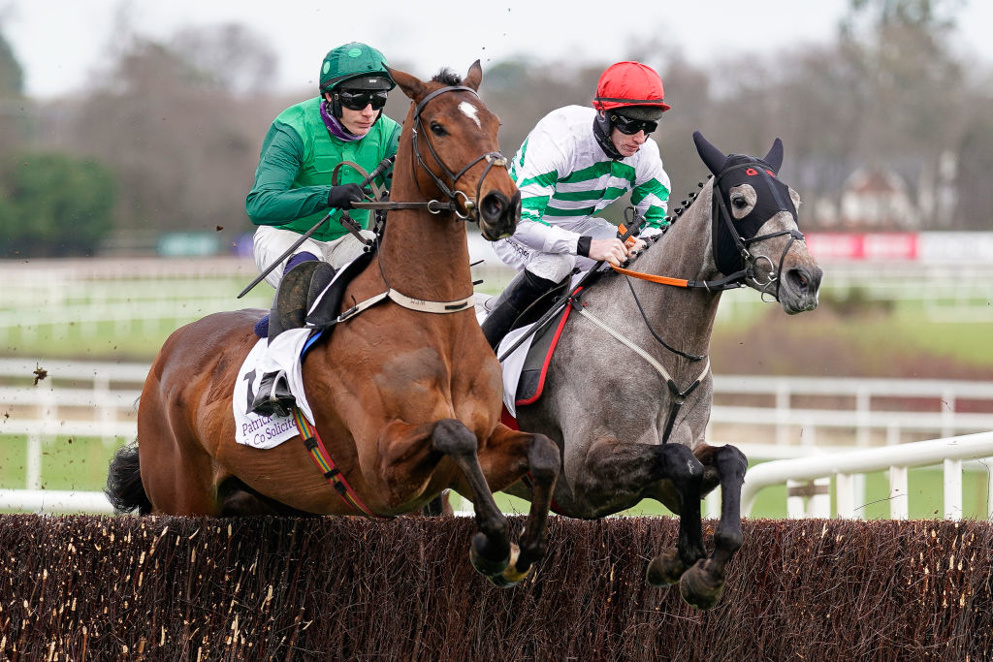 The Arkle Challenge Trophy is always a highlight of the Cheltenham Festival with the top novices over the minimum trip from either side of the Irish Sea facing off and battling to be crowned top dog before heading into open company and a potential Champion Chase tilt the following season.

Many will no doubt think the novice most likely to make up into a Champion Chaser next year won't be in this field, with the injured Ferny Hollow to most eyes the most exciting two miler we've seen in these ranks this season. In his absence, however, we have an intriguing clash between a set of horses who seem fairly evenly matched.

Topping the market at the time of writing is Edwardstone of Alan King's. He has looked a chaser reborn after restarting life over the larger obstacles in 2021/22 following a disappointing first go at novice chasing back in 2020/21. After being brought down on his seasonal reappearance he has shown himself to be an accomplished fence jumper in four winning starts since, including a fiendishly impressive Grade One winner in the Henry VIII Novices' Chase at Sandown when sent off 3/1 second favourite behind Third Time Lucki of the Skelton's. He is undoubtedly the best of British and will be fancied by many after some assured displays but the eye is drawn across to Ireland for more appealing betting propositions.

Willie Mullins is set to have the most runners he has ever had in an Arkle when saddling a trio in the second race of day one. All three of his entrants in fact clashed in the Irish Arkle back at the Dublin Racing Festival in February. Haut En Couleurs took a tumble at the third fence that day and so comes into this race as an unknown, although he will be looking to defy the poor record five year olds have in the race. Saint Sam was in third place at Leopardstown and his jumping let him down throughout the contest and meant he could never get on terms with the eventual winner and runner up. The vibes seem strong about him for this race from the Mullins camp and his chances are respected if his jumping improves due to his strong festival form (second in last season's Boodles) but the Mullins inmate of most interest won the Irish Arkle, Blue Lord.

Many observers of the race that day judged Paul Townend's ride aboard Blue Lord illegal due to a manoeuvre which cut across the rallying Riviere D'Etel in second place. The placings remained unaltered however, and despite the mare's clearly gutsy attitude in battling back all the way to the line after her last fence blunder handed Blue Lord a couple of lengths lead, she will be worse off at the weights for this contest with the Mullins runner and as they are both priced the same at time of writing preference is for the Irish Arkle winner to confirm the form and secure another Arkle triumph for Closutton.

Couer Sublime and Brave Seasca are two interesting runners who bring with them strong handicap form but they still have to prove they are up to Grade One class, unlike Blue Lord who can atone for missing out on second place in last season's Supreme when falling at the last by winning the Arkle.

Cheltenham Free Bets
Epsom Derby Quiz: Can you name all the Derby winners since 2000?
By Steve Chambers