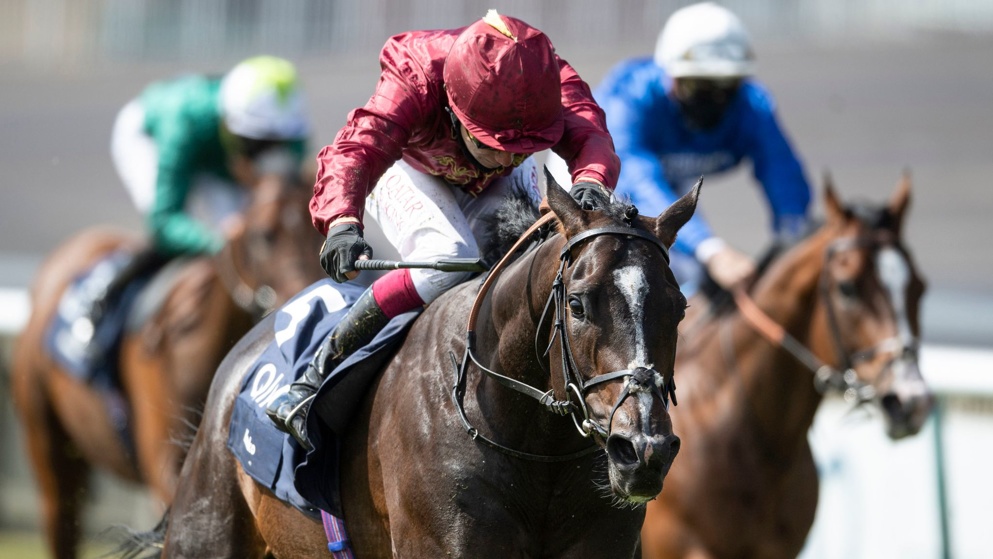 Kameko impressed when winning the 2000 Guineas here in June.

Andrew Balding has revealed that Kameko will head into Friday’s stellar looking Joel Stakes in peak form, as he looks to pick up his first success since the 2000 Guineas.

The three-year-old has been defeated in each of his three starts since winning the Newmarket classic in June, but there have been mitigating circumstances for each, and he look stretched by the trip when fourth in last month’s Juddmonte International Stakes at York.

He’s set for another tough task on Friday though in this Group 2 contest, and will have to concede weight to a field which includes the proven Group 1 performer Benbatl, as well as some other smart rivals.

However, Balding is confident that Kameko will head there in good heart. He told Nick Luck’s daily podcast: “It looks a very strong field doesn’t it, this isn’t quite what we’d imagined when we thought of it!

“Obviously having won a Group 1 this year he carries a 5 lb penalty, Benbatl’s rated 125 I think, so he’s going to have to produce a career best performance on the figures to win it, but the horse is in great form and I genuinely couldn’t be happier with him - and he’ll have optimum conditions.

“It looks like we’ll be racing on the slow side of good on Friday, and that would be fine - and a fair playing field for everyone I think.

“International travel has been taken off the table in some respects with the restrictions around Covid, so we’ve had to look at domestic options, and this was the obvious one albeit carrying a 5 lb penalty - which will make it hard, but it is the right track and trip for him.”

Meanwhile, Balding added that he is hopeful of a big run from Tactical in Saturday’s Group 1 Middle Park Stakes. The juvenile impressed when winning the Group 2 July Stakes earlier in the summer, but will likely line up for this at a double figure price after finishing down the field in last month’s Prix Morny at Deauville.

However, his trainer feels that the Royal runner is worthy another chance here; “I personally would be inclined to forgive his most recent run,” he said.

“I think the reason he’s an outsider is because the form of his wins in the July Stakes and the Windsor Castle haven’t exactly been backed up, but I think that’s more what happened in Deauville.

“The ground was pretty shocking in France and he struggled to cope with it, though he was staying on at the end. I think he’ll be seen to much better effect on better ground, and I’ve been pleased with him at home. He’s a decent horse and he’s certainly got an each-way chance.”