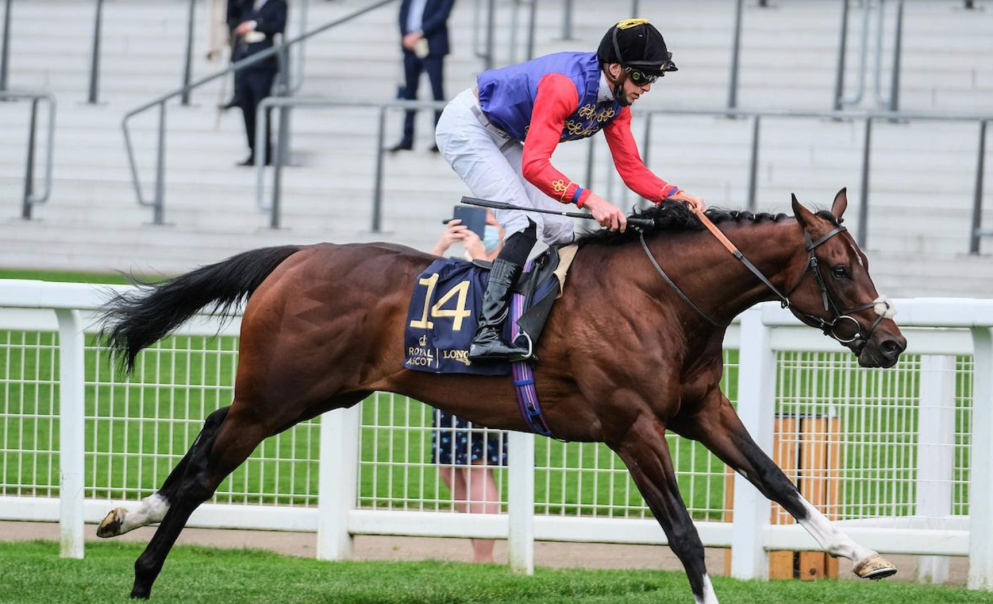 Andrew Balding has revealed that he is targeting a Group 1 assignment next for his exciting juvenile Tactical, who was a taking winner of Thursday’s Group 2 July Stakes at Newmarket.

The Royal runner impressed when winning last month’s Windsor Castle Stakes over the minimum trip at Royal Ascot, scooting clear along the stand side rail.

And Balding revealed that he was pleased with how the colt took both the extra furlong and softer conditions in his stride at Newmarket this afternoon.

He said: “We were stepping up a furlong on slower going than we encountered at Ascot or Newmarket before, but he coped with it really well and I believe he won with some authority, which is really exciting.

“That confirms the Windsor Castle form and probably confirms that as a pretty decent race, so I’m just thrilled for everyone involved and particularly the owner.

“I’m very excited. Time will tell, but he could end up being a top two-year-old this year, so I’m looking forward to what’s ahead.

“We have to (think about Group 1 assignments) now he’s won a Group 2 really, as you’d get penalised in the Richmond or the Gimcrack, so I think the likelihood is that we’ll head to France for the Prix Morny."

Her Majesty's got a very smart horse on her hands:

Tactical relishes conditions & the step up to six furlongs in the July Stakes at @NewmarketRace for William Buick & @AndrewBalding2 https://t.co/xByYzasPMY

“His pedigree suggests a mile shouldn’t be a problem in time. The dam stayed seven very well in heavy ground, and obviously his sire was a top miler, so it’s not out of the question - but you never really know with these horses that are precocious and show a lot of speed at two. It’s all to come to work out what’s going to be his best trip next year.”

He added that he was thrilled to see Tactical win the Group 2 contest for the Queen, who had bred the colt herself;

“She really gets huge pleasure from seeing the horses as youngsters at Sandringham and she does get very involved in their whole lives, so she quite rightly should be feeling very happy and proud of what she’s bred.”