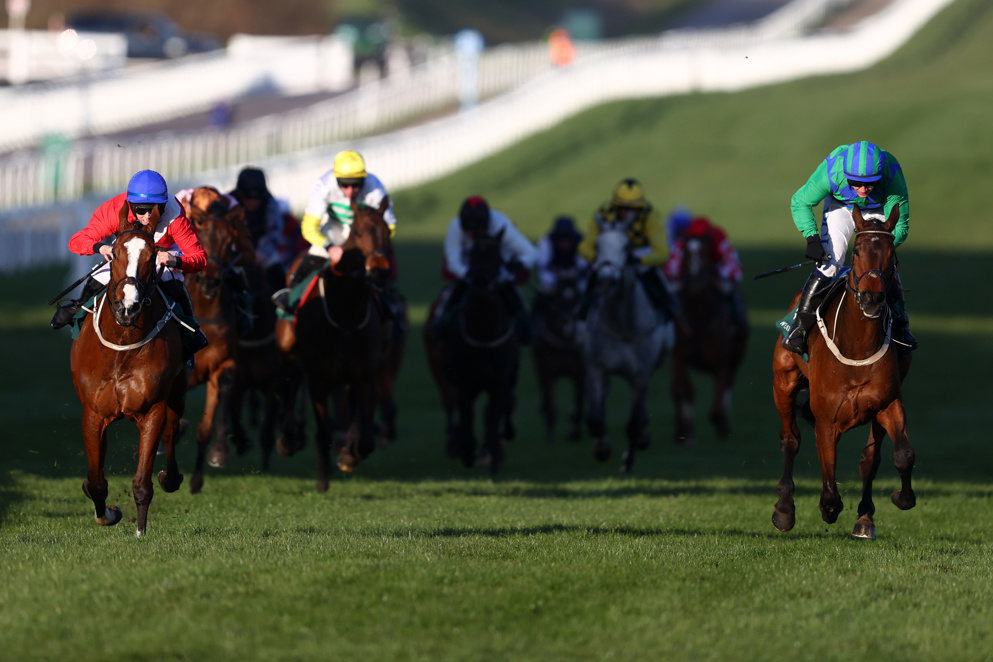 Sir Gerhard heads the betting for the Ballymore Novices' Hurdle.

Ten of the 18 horses entered for the Ballymore Novices' Hurdle are trained by Willie Mullins, with both the current favourite Sir Gerhard and stablemate Dysart Dynamo among the Mullins horses that could feature in the Grade 1 opener on March 16...

Mullins will need to juggle a plethora of novice hurdlers at the 2022 Cheltenham Festival, and Sir Gerhard has been one of the most talked about horses in recent weeks as to where he will run at Cheltenham, as he's not only entered here, but he is also entered for the Supreme Novices' Hurdle on Tuesday. Speculation is that Sir Gerhard will feature in this contest and Dysart Dynamo will head down the Supreme route, but both are major players if taking their chance here, and will fly the flag for the Mullins team.

Other notable entries from the Closutton trainer include last year's Champion Bumper runner-up Kilcruit, who was beaten by Sir Gerhard at last season's festival, Whatdeawant, Classic Getaway and State Man, who will add strength in depth to the Mullins charge in a race he last won in 2016.

Gordon Elliott's Ginto has been entered for the event, but news of Minella Crooner's withdrawal from the Albert Bartlett Novices' Hurdle mean that he could well be upped in trip for the Friday event, so his participation in the Ballymore could come under question in a contest that could be lacking significant strength in depth come race day. Three Stripe Life is another from the Elliott yard that could take their chance.

Last seen bounding to victory in the Grade 1 Challow Novices' Hurdle at Newbury, Stage Star will be aiming to make it four wins on the spin for Paul Nicholls, and he could be one of the leading protagonists for the British charge and is a notable name among the entry list.

Henry De Bromhead's unbeaten Journey With Me beat the top class duo of Minella Crooner and Kilcruit on his first hurdle start, while he built on that effort with a win at Naas, and he features among the entries here.

Nicky Henderson has scratched Supreme Novices' Hurdle favourite Constitution Hill from the line-up, but he could be represented by I Am Maximus, who was last seen being beaten by Albert Bartlett favourite Hillcrest at Cheltenham, while the likes of Scarface and Hemlock also feature among the entries.