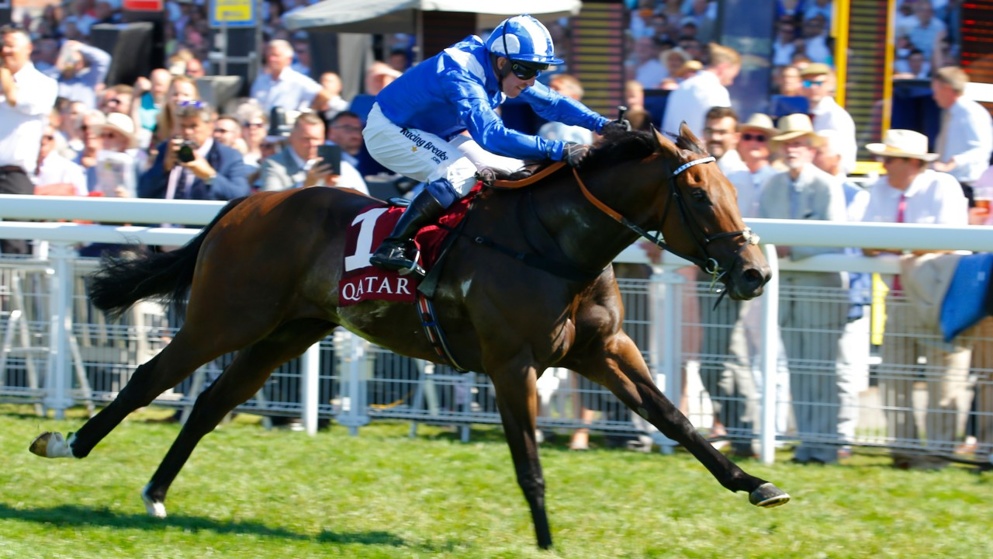 Battaash will look to retain his Nunthorpe Stakes crown at York on August 21.

Fresh from a record-breaking victory in the King George Stakes at Glorious Goodwood last week, Battaash will now be targeted at the Nunthorpe Stakes at York's Ebor Festival, according to his trainer Charlie Hills.

Obliterating his rivals in monstrous fashion last week to claim his fourth King George Stakes victory, the six-year-old speedball is now destined for a trip to York to try and retain the Nunthorpe Stakes, which he won in fine fashion last season.

Having failed to fire on the Knavesmire in the 2017 and 2018 renewals of the Nunthorpe when well fancied, Battaash finally broke his York hoodoo when smashing the track record en route to Group 1 success in last year's renewal, and the gelding will head back up north to try and claim a second successive victory.

Speaking after Battaash's stunning performance at Goodwood last week, Hills said: "You have got these two year-olds that will take him on at York, and Art Power. It is good you have these new horses coming through, that’s as it should be.

"There has to be some new blood. It is a lot of weight he has to give away, but I think experience counts for a lot in a race like that."

Battaash makes history, winning the Qatar King George Stakes, smashing the course record and @cbhills is now the joint most successful trainer in the history of this famous race

A star-studded line-up of speedsters are set to head to York for the Nunthorpe, which will now be held behind closed doors following the Government's decision to scrap crowds at sporting events for the time being, and it's no shock to see Battaash installed as a red-hot favourite for the five furlong contest.

However, there's a difference of opinion between some of the firms about what price the son of Dark Angel should be, with some offering a meagre 1/2 about him winning, while William Hill are currently offering as big as 10/11 about him retaining his Nunthorpe crown.

If the race was to be held at any other track in the country then the twos-on would be a correct price, but bearing in mind that Battaash has failed to fire at York before, there could still be that nagging doubt for punters looking to unlock the vault on the superstar sprinter, and he will also likely face an army of classy rivals.

Royal Ascot winner Art Power and Sceptical have some very smart form in the book and they are challenging each other for second favouritism, while July Cup hero Oxted has been flourishing this season and could line up in what is shaping up to be one of the showpiece races of the season during the Ebor Festival.

An exciting two-year-old that could be a thorn in Battaash's side is Golden Pal, who ran a fine race when second in the Norfolk Stakes and Wesley Ward is set to unleash him, while A'Ali has been in fine form winning Group 2 and 3 races, respectively, and could line up.