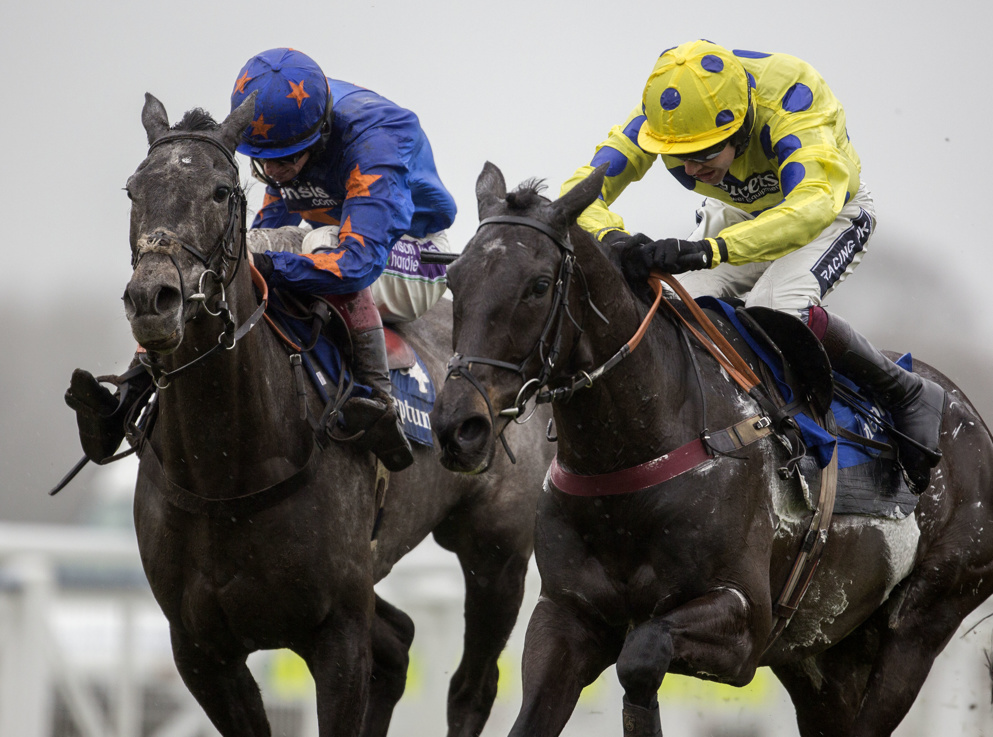 Becher Chase Tips: Yala Enki (right) looks to have a great chance at Aintree on Saturday.

Steve Chambers previews Saturday's Becher Chase at Aintree, which will see Walk In The Mill bid for a hat-trick, but we take on Robert Walford's charge with a classy contender...

Robert Walford's Walk In The Mill will bid for an unprecedented third Becher Chase crown at Aintree on Saturday, but the ten-year-old will face a whole host of notable rivals in what is a devilishly difficult conundrum for punters to work out on Merseyside. A four and a half length winner of the 2018 renewal off a mark of 137, Walk In The Mill then returned 12 months later to retain his crown off a 4 lb higher mark. He was a gutsy winner over Kimberlite Candy in the 2019 running, and that pair will clash again on Saturday, but Walk In The Mill will have to defy another hike in the weights if he is to make history.

Lining up off a mark of 149, Walk In The Mill will need to produce a career best over the unique Aintree fences, and having failed to land any sort of blow on his reappearance at Ascot in October, Walford's charge will need to be revitalised by the Becher test. He's sure to come on for the run and can't be discounted in a race that he excels in, but Kimberlite Candy is more than capable of reversing last year's form and looks more appealing of the two contenders.

Tom Lacey's charge, who is vying for favouritism at the time of writing, built on his fine second place in the Becher by storming to an emphatic 10-length victory in the Classic Chase at Warwick, and he shaped like he could become a real force to be reckoned with over marathon distances. Around a 33/1 shot for the Grand National, Kimberlite Candy will have to defy a significant 13 lb hike following that Warwick win, so he will have his work cut out to land this prize, but if he can continue on an upward curve then he has to be respected, and has to be on the shortlist.

He loves these Grand National fences!

Walk In The Mill (8-1) strikes for successive wins in the Becher Chase for Robert Walford and James Best 👏 @AintreeRaces https://t.co/DrtVP83m2F

Last season's Becher Chase will provide some notable form clues for punters, and one contender that finished seventh in 2019 is Le Breuil, who lines up again on Saturday and he could be a major player if producing his best. A former National Hunt Chase winner at the 2019 Cheltenham Festival, Le Breuil kicked off last season with a seventh-placed finish in the Becher, before going on to finish down the field in the Classic Chase and Kim Muir. Slipping down the handicap, Pauling's gelding kicked off this season with a fourth placed finish off a mark of 142 at Kelso last time out, and off a 1 lb lower mark on Saturday, he will look to deliver the goods. Having finished seventh off a mark of 150 last season, Le Breuil will take his chance off a mark of 141, so if he can improve on last season's show then he has to come into calculations. He took to the jumping test last year before tiring late on, but as he lines up this year having already had a prep run then he could well land a major blow, if finding his best form, and he looks to be the one to beat, and is entitled to be challenging for the favourite tag.

David Pipe will unleash a dual-pronged attack, with former winner Vieux Lion Rouge spearheading the Pond House team, but the most likely winner of the Pipe duo is Ramses De Teillee, who lines up on the back of a win at Cheltenham. A fine winner of the 2016 Becher, Vieux Lion Rouge lines up off a 2 lb lower mark (140) in the 2020 renewal, but while he has won off 142 at Chepstow last season, the 11-year-old is coming to the end of his career, and while he relishes the Aintree test, he's vulnerable to a few improvers.

One of those on the upgrade is stablemate Ramses De Teillee, who was a narrow winner at Cheltenham in November, but is 4 lb higher for Saturday's test, and his current mark of 153 could prove to be a little tough. Pulled up in the 2019 Grand National, Ramses De Teillee will need to improve on that show, and while he heads to Liverpool on the back of a decent win, he may just find a few too good at the weekend, and he can be discounted.

Paul Nicholls last trained the winner of the Becher Chase in 2007, when Mr Pointment claimed victory in the Aintree feature, but the multiple champion trainer will fancy his chances of recapturing the crown on Saturday and the Ditcheat handler is another saddling two runners in the race. Yala Enki will be testing himself over the Aintree fences for the first time in his illustrious career, and if the ten-year-old takes to the test then he could well be a real force. He will have the burden of top weight, but he put up a really bold effort last time out when just being touched off by Ramses De Teillee at Cheltenham, and despite a 3 lb rise he could be a real contender. A mark of 159 will be tough to defy for the former Cheltenham Gold Cup sevent, but he will be prominent from the flag fall, and providing he takes to the Aintree fences he could well get several runners out of their comfort zone, and with stamina assured he could well just battle his way to victory up the lengthy run-in.

The second ten-year-old Nicholls will saddle is Give Me A Copper, who showed his class when winning the Badger Beers at Wincanton last season. Still lightly-raced, the veteran failed to land a blow off a 6 lb higher mark at Ascot last time out, but has been dropped 2 lb for that run, and if he can strip fitter for that outing then could well still be dangerously handicapped, and adds more depth to the Nicholls charge.

Of the others, Katy Price's Minellacelebration is going in search of a third win on the bounce, and was last seen romping to victory in a veterans race at Aintree. However, a whopping 12 lb higher and lining up in a tougher race, Price's charge will find it tough, while the returning Calett Mad will have to defy a lengthy absence off the track and may need the run, with the lightly-weighted Coo Star Sivola an eye-catching runner at the bottom of the weights, but the former Ultima winner has failed to kick on from that success, and is best watched.