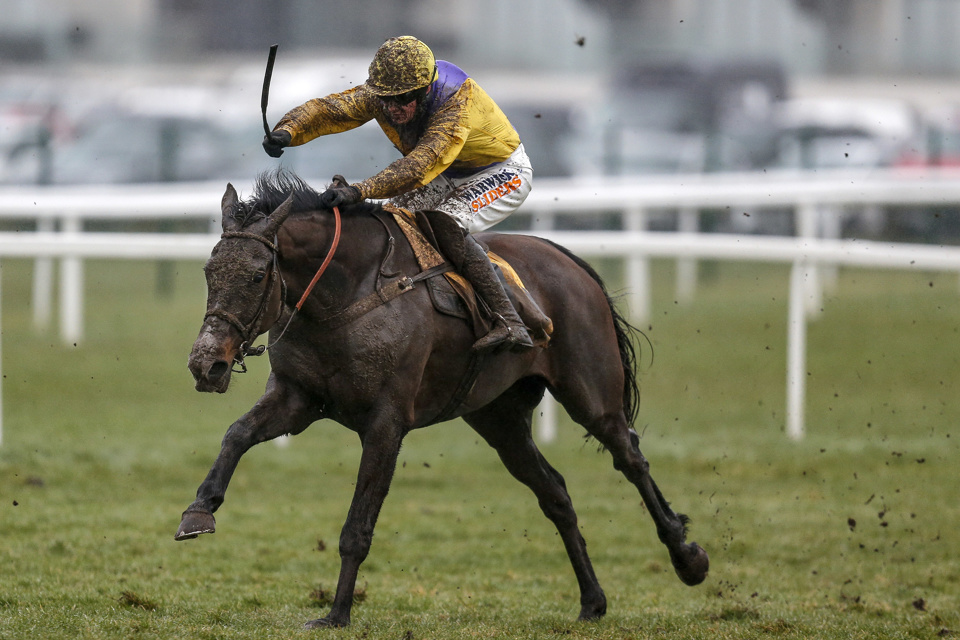 Sixteen horses have been entered for the Betfair Hurdle, which takes place at Newbury on Saturday afternoon. We take a look at the leading contenders here, and also provide the odds for the valuable 2m handicap prize...

Colin Tizzard's Jpr One has only been seen on a racecourse on three occasions, but having won impressively at Taunton last time out, the five-year-old will look to land a valuable prize on Saturday, and he's a leading candidate for the Betfair Hurdle. With over £80k on offer to the winner, Jpr One will need to improve significantly, but with more expected over hurdles then he can be a notable player, and he's hovering around the favourite mark at 11/2.

Paul Nicholls trained Pic D'orhy to Betfair Hurdle glory two years ago, and the Ditcheat handler will be represented by the classy Knappers Hill this weekend, and he's another prominent figure in the betting. He only managed to finish third to Supreme Novices' Hurdle hope Jonbon in the Kennel Gate at Ascot, but a drop into handicap company could see him at his best, and he could be one like many others here that aim to use this event as a springboard to the County Hurdle at the Cheltenham Festival.

Jonjo O'Neill's Soaring Glory was a stunning winner of this race 12 months ago, but the Jackdaws Castle inmate will face a much sterner test off a significantly higher mark this time around, and he will have a lot of weight to carry. Nicky Henderson trained the legendary My Tent Or Yours to victory in 2013, and Broomfield Burg will represent the Seven Barrows handler here, and that raider is another significant contender according to the betting.

Harry Fry's former Grade 1 winning novice hurdler Metier was last seen claiming a victory in a Lingfield handicap hurdle and the 12/1 chance will be attempting to build on that effort, while Alan King's Tritonic was last seen finishing fourth in the Christmas Hurdle behind Champion Hurdle hope Epatante at Kempton Park, so will be another that enjoys a drop back to handicap company.

A dual winner at Cheltenham this season, I Like To Move It (10/1) fluffed his lines when last of five in the aforementioned Kennel Gate, but the Nigel Twiston-Davies-trained raider has to be respected, if producing his best here, while Jetoile chased home Constitution Hill in the Tolworth Hurdle last time out at Sandown, and is unlikely to find a rival in that league here.

Of the others, recent Kempton winner First Street could be a second shot fired by the Henderson gun, while Boothill and Glory And Fortune add yet more depth to what should be a thrilling spectacle and even better betting heat for punters to get stuck into.

Cheltenham Festival
ITV Racing Tips: Most tipped selections for the Irish 1000 Guineas and action from the Sunday Series at York
By Russell Palmer